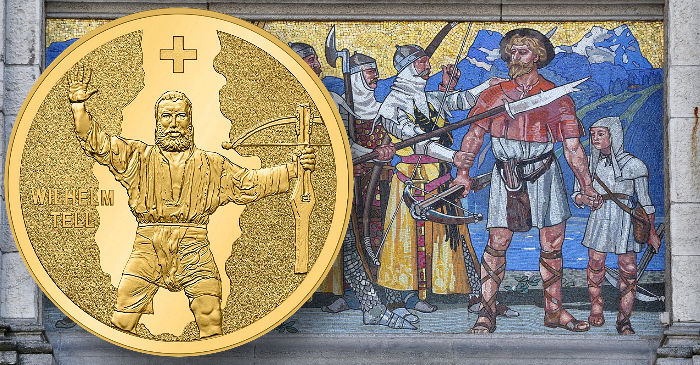 The Swiss Federal Mint have released (26th April) a new gold coin which is minted in tribute to one of the country’s most iconic personalities, whose name and image has become synonymous with Switzerland, and the legend of the struggle for political and individual freedom. Although the historical existence of William Tell is often disputed, according to popular legend, Tell was a peasant from the town of Bürglen, in the canton of Uri, said to have lived during the 13th and early 14th centuries. Having defied Austrian authority, he was forced to shoot an apple from his son’s head. The legend continues with the arrest of Tell for threatening the governor’s life, who then saved the same governor’s life en-route to prison, then escaped his incarceration and ultimately killed the governor in an ambush. These events supposedly helped spur the people to rise up against Austrian rule. The work of Tell is mentioned for the first time in the White Book of Sarnen, which is a chartulary (or medieval manuscript) written by the civic recorder Hans Schriber from Obwalden around 1470. In addition, as a figure Tell crops up at the time of the Burgundian Wars in the song about the origin of the confederation. 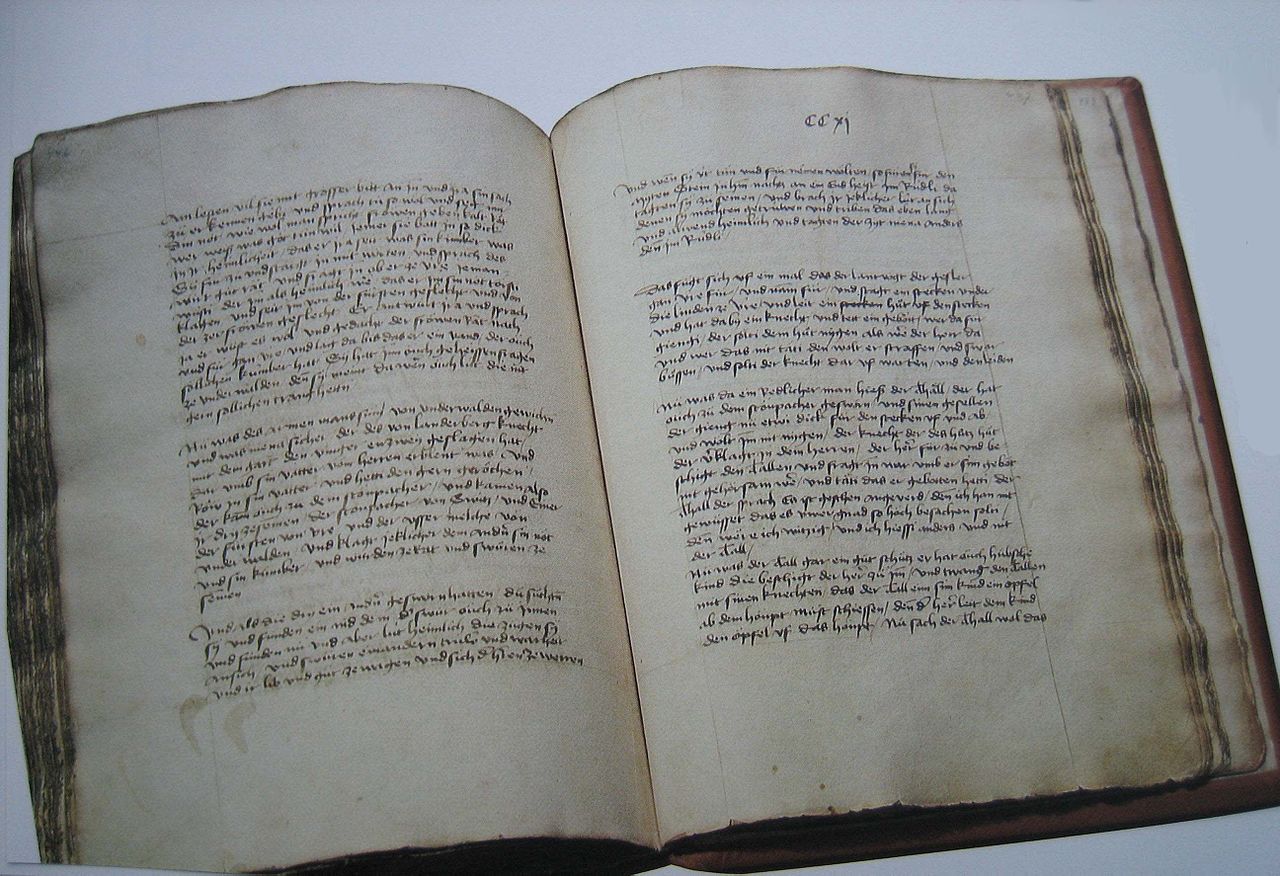 The White Book of Sarnen. Hover to zoom.

In 1507, Tell’s story was recorded in the Chronicle of the City of Lucerne by Melchior Russ and Petermann Etterlin and printed for the first time. It also found its way into the Swiss chronicles written by Heinrich Brennwald of Zurich between 1508 and 1516. Around 1570, the chronicler Aegidius Tschudi condensed the various handed down oral and written versions of Tell’s narrative into a saga which he dated 1307, and it was from these popular theatre performances in Central Switzerland which helped spread the Tell legend.

The dramatisation of the Tell legend by Friedrich Schiller, whose premiere was in 1804, made the story well known initially in Europe and later on worldwide with Schiller drawing extensively on the chronicle of Aegidius Tschudi. Schiller’s play is the basis for the great opera Guillaume Tell by Gioachino Rossini, whose earlier depictions showed Tell in different costumes depending on the spirit of the time. As we imagine William Tell today, he is costumed in a herdsman’s cowl and sporting a beard. This was influenced by the Tell monument by the sculptor Richard Kissling (1895) in Altdorf, and by the famous Tell painting by Ferdinand Hodler, dated 1897. 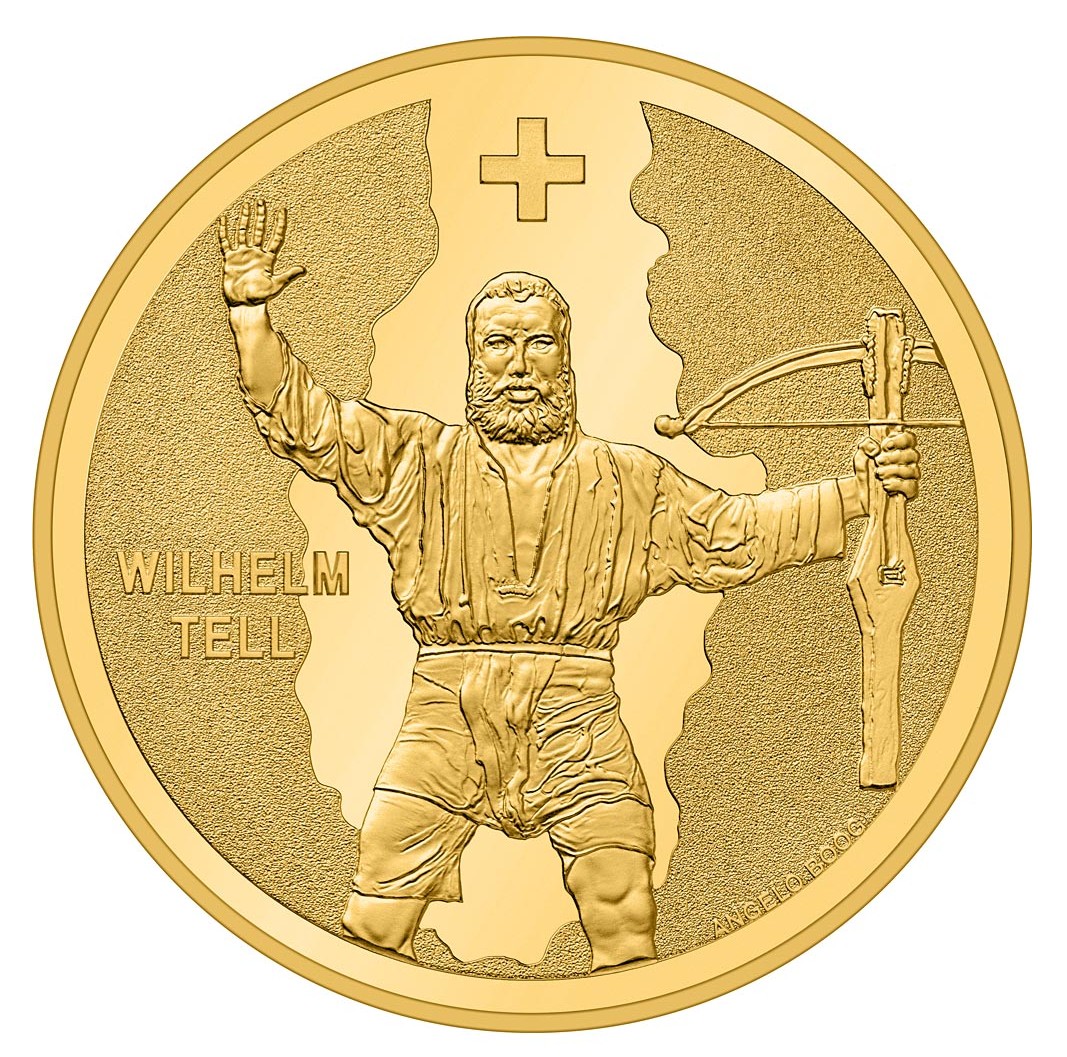 The new gold coin was designed by the illustrator Angelo Boog, whose design is based on the painting by Hodler, serving as a template for the new commemorative coin. In this way, it pays respect to the great Swiss painter on the 100th anniversary of his death, which is also observed this year. 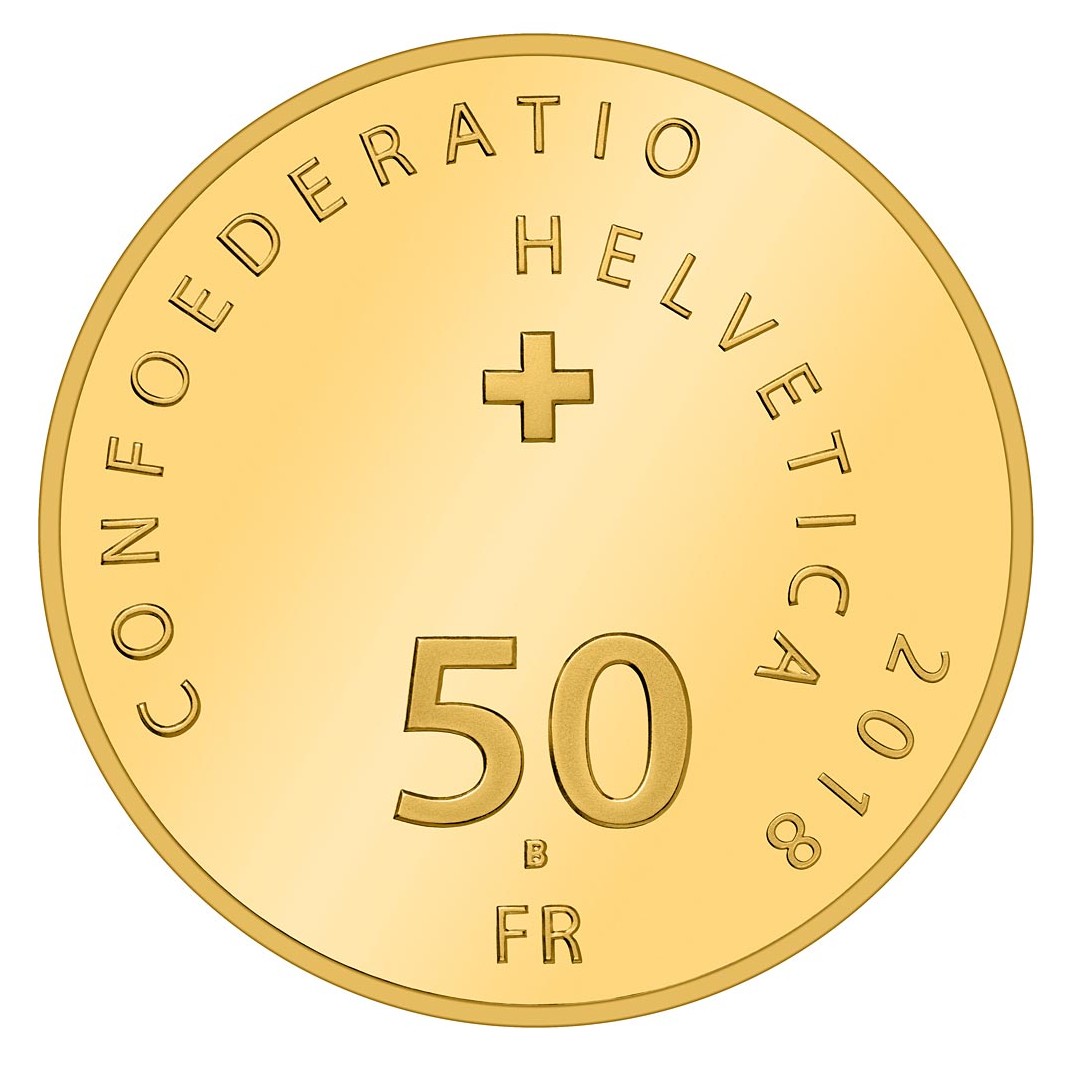 The reverse includes the standard design with the issuing authority CONFEDERATIO HELVETICA, the year of issue, 2018, and the denomination of 50 FR in a circular pattern.

The coin is available today and is encapsulated in a presentation case along with a numbered certificate of authenticity. For additional information on this coin and others offered by the Swiss Federal Mint, please visit their website.