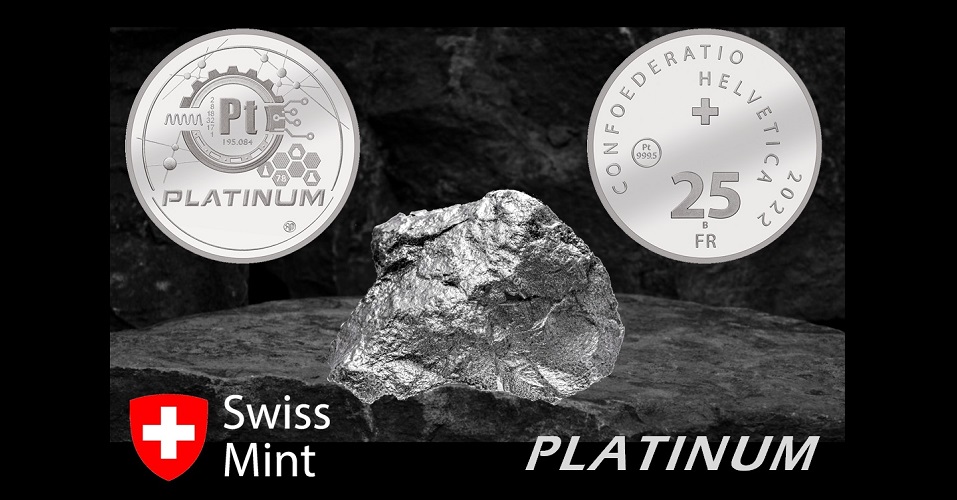 The Swiss Federal Mint will release (13th January) their first-ever coins produced in platinum, a metal usually utilised for commercial purposes such as jewellery and, more recently, medical implants. 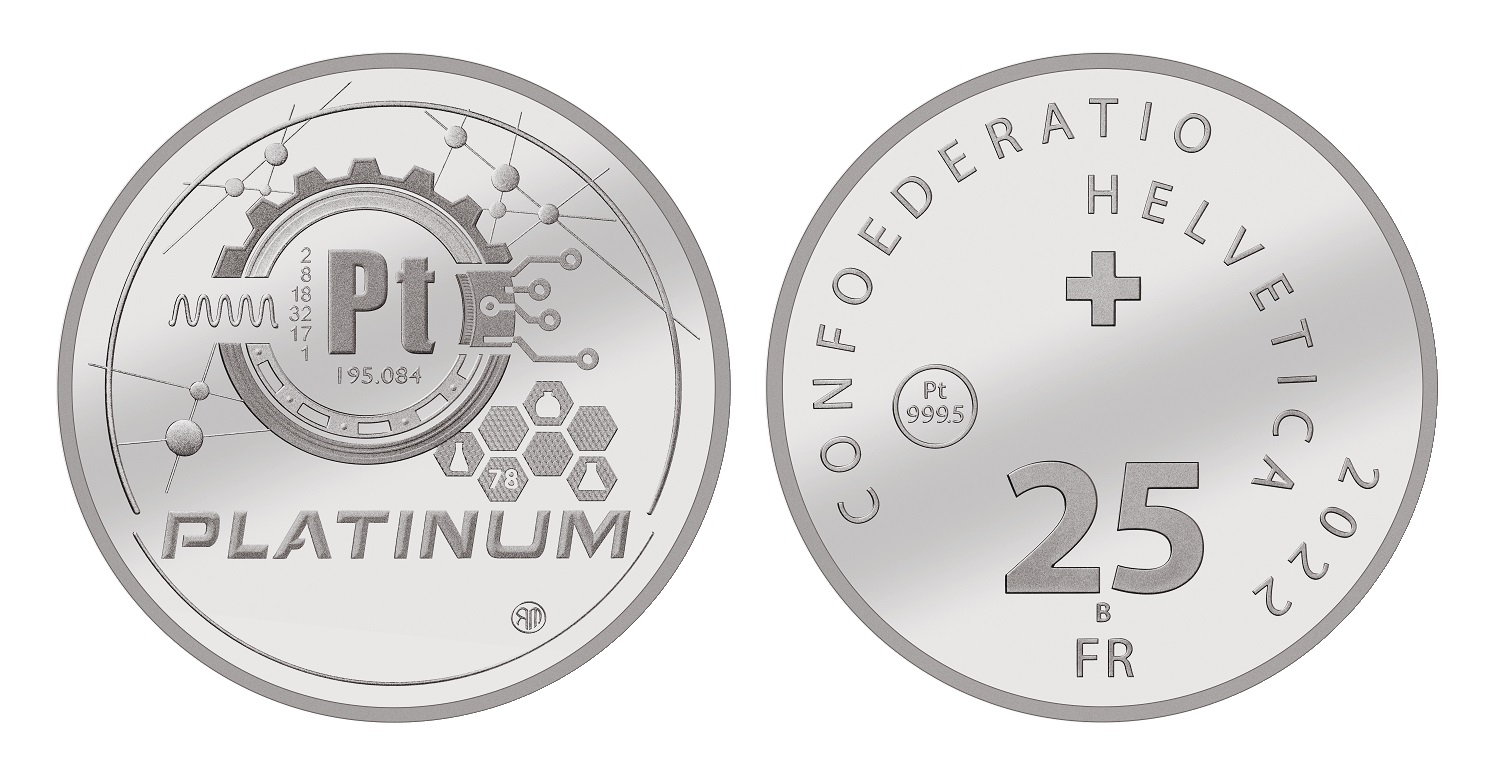 Created by Swiss Mint engraver, Remo Mascherini, the obverse side features a modern illustration of platinum as a raw material. It depicts the element symbol Pt representing the metal platinum in the middle of a cogwheel, among other things. To the left of it is a column of atomic numbers from the periodic table, which add up to 78. The number 195.084 below the symbolic element platinum corresponds to the atomic mass. In the lower third of the obverse, the word PLATINUM is featured in capital letters and in italics. The reverse side includes the current standard design for Swiss commemorative coins, consisting of the issuing authority CONFEDERATIO HELVETICA, the year of issue 2022, and the denomination of 25 FR all arranged in a circular pattern. To the left of the denomination is an insignia denoting the coins’ metal Pt. 999.5 included in a small circle. 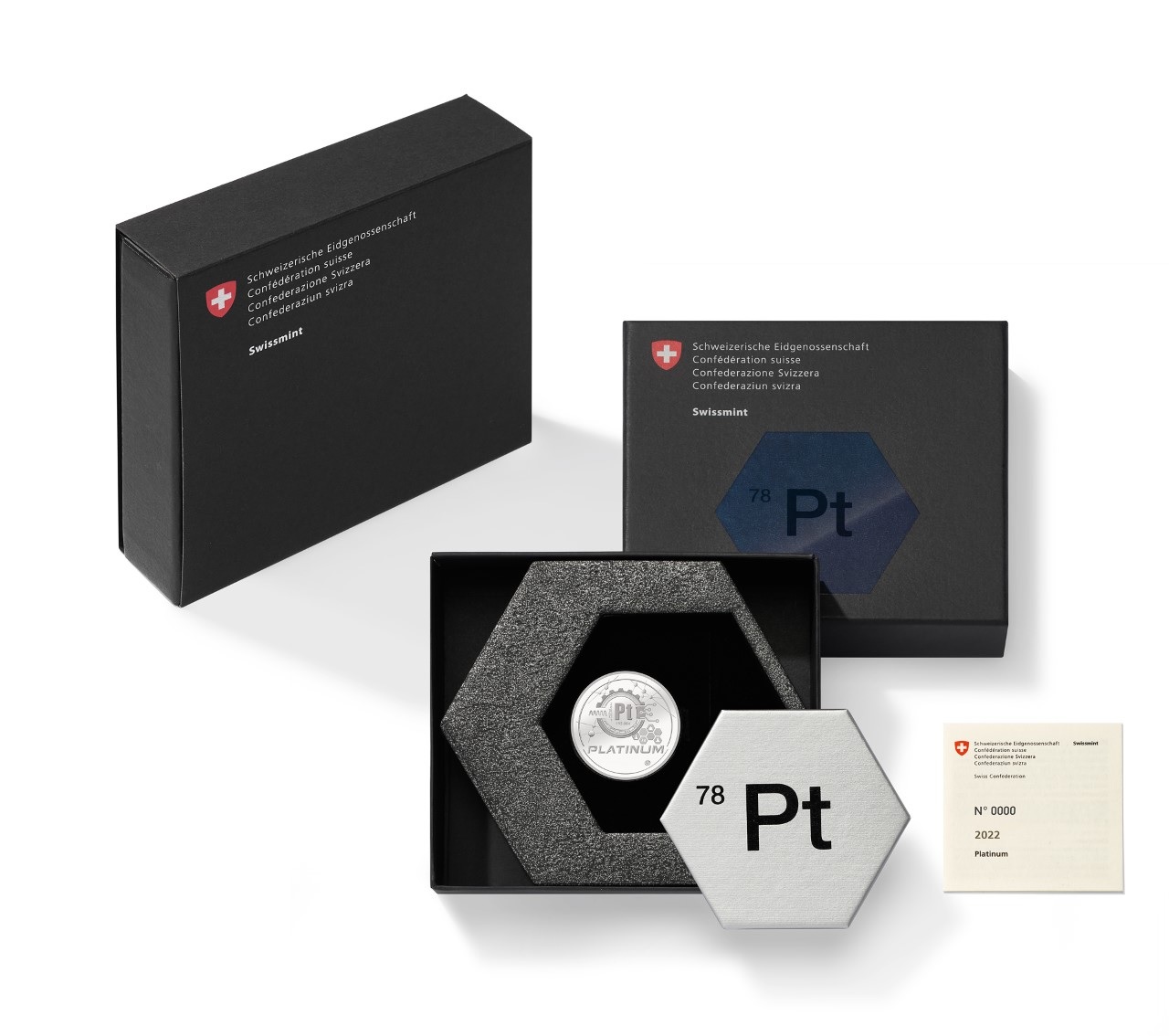 The new 25-franc platinum coin is produced in a very limited quantity and is available from the 13th January only in Proof quality. Each coin is encapsulated and housed in a custom presentation case accompanied by a numbered certificate of authenticity. To order this coin exclusively from the Swiss Mint internet shop, please visit their website.