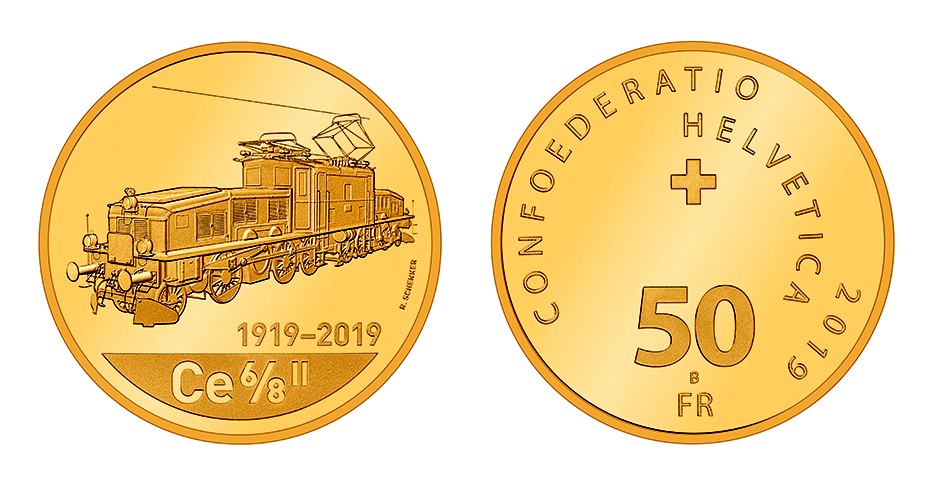 The National Bank of Switzerland has issued (9th May) new commemorative coins which focus on the country’s love for older locomotives and additionally highlights Swiss cultural heritage.

Colloquially known in Switzerland as the “Crocodiles,” these rail locomotives are more than just “old engines” for many people. They are fondly remembered as the mighty “Crocodiles,” which were among the SBB’s most durable locomotives. It was in the spring of 1918 that the Swiss Federal Railways (SBB) ordered 10 “heavy mountain freight locomotives” from the Swiss Locomotive and Machine Factory (SLM) for use at the Gotthard Pass. The specifications for these electric locomotives stipulated that they could cover the Goldau-Chiasso route twice within 28 hours with a train of 860 tonnes trailer weight. The unique feature about the “Crocodiles” was the movable bearing between the drive frames and the locomotive box.

After the “Crocodiles” at the Gotthard Pass were replaced by more powerful locomotives in the mid-1950s, they took over the transport of gravel trains that weigh up to 1,200 tonnes in the Mittelland region. SBB Historic offers special excursion journeys with the “Crocodile,” and these electric old timers can also be viewed in the Swiss Museum of Transport.

The commemorative coins, which are produced by the Swiss Mint at their facilities in Bern on behalf of the National Bank of Switzerland, are designed by the Swiss Mint’s engraver Raphael Schenker. The obverse design depicts an image of the Ce 6/8 II electric locomotive, travelling from the right side of the coin towards the left. Under the locomotive are the commemorative years 1919 – 2019 and the class designation of the model, Ce 6/8. The reverse side is that of the standard design with the issuing authority, CONFEDERATIO HELVETICA, the year of issue, 2019, and the denomination of 50 FR in a circular pattern. 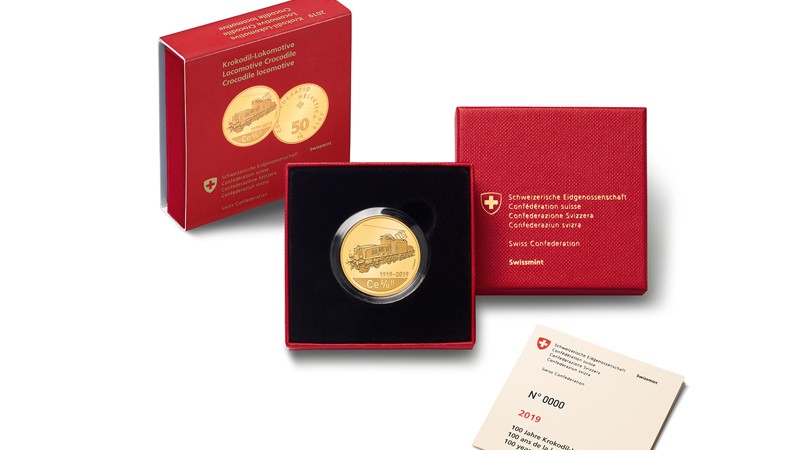 The gold Proof quality coins are encapsulated and included in a presentation card case accompanied by a numbered certificate of authenticity. For additional information on the “Crocodile” locomotive anniversary commemorative coins, please visit the website of the Swiss Federal Mint.