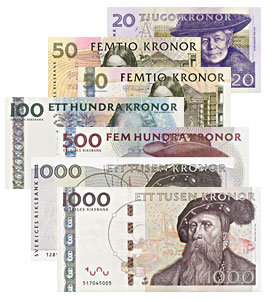 In a world that puts so much stock in the tangible, is it truly possible for a society to go completely “paper free” in regards to their finances?

It seems that Sweden, among other countries, is quickly moving in that direction. Apparently, a recent study reported that bank notes are quickly on the descent, with digital banking and electronic money becoming the norm. The main culprit in this cash demise is a mobile-banking system which is pushing the digital form of payment ahead. Niklas Arvidsson, a researcher at KTH, declares that “Our use of cash is small, and it’s decreasing rapidly.” There is currently a reported 80 billion Swedish crowns in circulation, a much lower amount than the 106 billion that was in circulation in 2009. Circulation reports from the main bank in Sweden, the Riksbank, support this.

In fact, there are apparently already banks in Sweden with 100% digitalization—where no cash is accepted at all. And branches that do handle paper money or coins have cracked down severely on security, with each customer being required to “explain where the cash comes from, according to the regulations aimed at money laundering and terrorist financing,” says Arvidsson.

Denmark is close behind in this regard—in May this year the Danish government reported that, as of 2016, certain businesses including clothing retailers and restaurants will no longer be legally bound to accept cash as a form of payment. This sounds like a drastic change, but reports say that already one-third of the Danish population uses a mobile banking app for transactions. 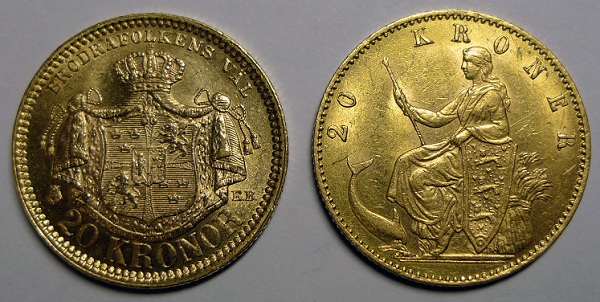 The main push-back against going 100% digital is of course security and availability. While the mobile direct-payment app allows individuals to transfer money in real time (solving the question of transactions occurring outside of retail and e-commerce), there remain individuals who do not have access to mobile phones or digital projects, such as certain elderly and those living in rural locations. And the risk of fraud is a significant concern in a fully digital banking system—reports say that in Sweden, “cases of card fraud have doubled in the last decade.” But, hand-in-hand, Sweden has had a “governmental crackdown on corruption” to try and give peace of mind to citizens using electronic forms of payment. There are also questions regarding the international viability of a cashless system. But while the challenges are real and large, they do not appear to be unassailable hurdles: “. . . it is not impossible that a Swish-based (“Swish” is a particular mobile-app) banking revolution can also occur abroad,” says Arvidsson.

Regardless, paper-to-paperless will not be an overnight change—the Riksbank conducted surveys showing that 41% of people making transactions under 100 kronor still prefer cash, and about 7% of the Swedish National Pensioners’ Organization’s members never use bank cards at all. That, in a combination with a fondness for their paper money, will probably keep the transition in Sweden fairly moderate. Arvidsson agrees, stating that “A recent survey I worked on showed that two-thirds of Swedes think carrying cash is a human right . . . it fits in with the identity of being a Swede . . . people like to know their cash is there, even if they don’t necessarily use it.”