The Royal Canadian Mint has unveiled its latest one-ounce silver bullion coin, which feature Superman’s well-known “S” insignia on the reverse side. The inclusion of Superman’s iconic trademark shield, combined with a background of precisely engraved radial lines, is a world first for a silver bullion coin. A micro-engraved maple leaf security mark including the numeral “16” also makes this coin a highly secure collectible.

The one-ounce 99.99% pure silver coin celebrates Superman, a pop culture icon who has inspired many characters in the DC pantheon. The comic book superhero first debuted in June of 1938, exactly 78 years ago this month. Created by Jerry Siegel and Joe Shuster, two young teenagers at the time, the original character was in fact intended to be a villain fixated on world domination. This story-line was rejected by publishers and the two decided to take a new approach that was the opposite of their original idea. 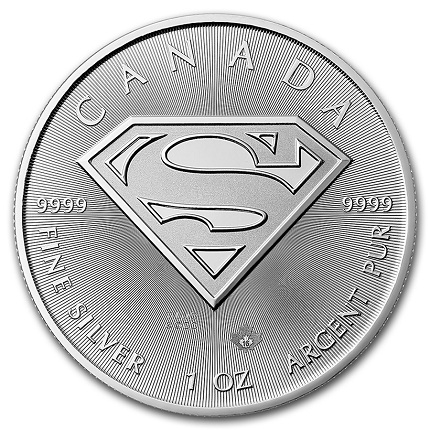 After several more submissions and tweaks of the main character, Superman was picked up and published by DC Publications for its Action Comics. DC bought the sole rights to the character for the princely sum of $130, with the two young writers agreeing to supply all material and story-lines.

Sadly, the creation of Superman and the resulting dream job did not end well for the young writers. It was reported in 1941 that the pair were being paid a fraction of DC’s Superman profits as remuneration. In 1946, when Jerry Siegel and Joe Shuster took their publisher DC Publications and Action Comics to court and petitioned for more compensation, DC fired them, prompting a legal battle that ended two years later when both artists signed away any further claim to Superman or any character created from him. DC thereafter took both their names off the Superman by-line.

Today, recognition of Superman — the Man of Steel, able to leap tall buildings in a single bound — is worldwide. The character has inspired television programs, movies, games, and an overabundance of merchandise including lunch boxes, T-shirts, and now legal tender coins. 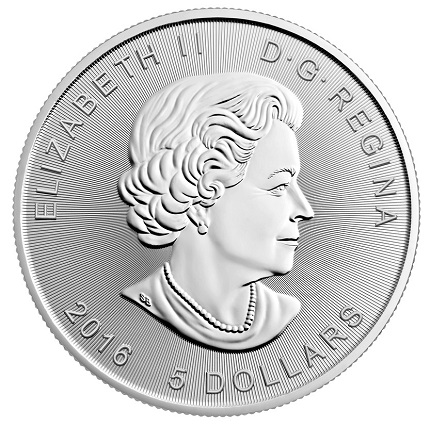 Limited to a volume of one million pieces, the new coin is now shipping to the Mint’s network of official bullion distributors. Quantities of 500 coins have been boxed in red and blue packaging with a cover label featuring an illustration of Superman, while each 25-coin tube features a custom tamper-proof seal.

The Royal Canadian Mint does not sell precious metal investment products directly to the public. Interested buyers are encouraged to contact a reputable bullion dealer to order this new coin.