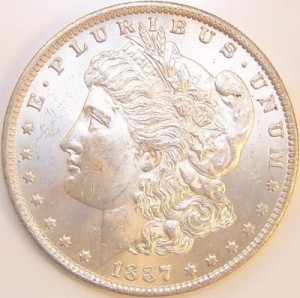 Editor’s Note: This is a three-part article about direct and dealer submissions to the top two third-party coin grading companies, with the first installment covering the basics; the second, direct PCGS submissions; and the third, dealer NGC submissions.

Hobbyists and investors pay premiums for coins encapsulated by Professional Coin Grading Service and Numismatic Guaranty Corporation, but relatively few submit raw coins to these and other grading companies, in part, because the submission process can be complicated and/or many prefer submitting through a dealer–and for good reasons, too, as we shall learn later in this series.

In many ways, the direct submission process for PCGS and NGC is similar. You can read about that here and here, respectively.

I can submit directly to PCGS as a member of its club and to NGC as a member of the American Numismatic Association, which has a partnership with the grading company requiring a special form. (While NGC has shortened the past process of sending first to the ANA, the so-called “online” NGC/ANA form is a PDF requiring mailing or faxing in an age when Internet browsers like Firefox have “auto-fill” capabilities.)

Before joining the PCGS club or NGC society, you should know what you are getting into, as filling out necessary submission forms require slow reading on the level or Internal Revenue Service forms and equally meticulous procedures which, once learned, can save money and launch you into a new phase of collecting–finding raw coins returned with high grades that make the effort worthwhile.

Many hobbyists falsely believe that direct submission entails sending coins to the third-party grading company whose employees dutifully identify denomination, type, variety, attribution and other distinctions, such as VAM designations for silver dollars.

Think again! You will have to possess moderate to expert numismatic knowledge to identify all of the above, find the correct numerical listing in online guides or provided booklets, pay the correct price (as some designations, such as errors, have premiums or may not even be available). Then you have to purchase and label 2 ½ x 2 ½ Mylar flips, fill out online or paper forms with adequate return postage, and mail with or without insurance in envelopes with bubblewrap or other protection.

You should be, because if you’re like me, after decades in the coin business, you’ve lost as much money as you have made by purchasing coins at retail prices from dealers or at shows. To give you an idea of how profitable this can be, I purchased the 1887-O and 1897-S in a Proxibid auction for $55 and $85, respectively, and sent those raw coins to NGC earning MS64 designations for both. The 1887-O retails for $500, and the 1897-S, for $200, stored now in my safety deposit bank box. 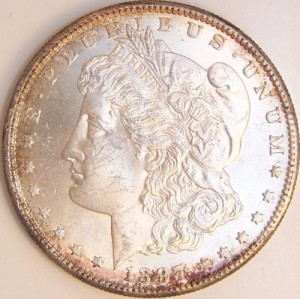