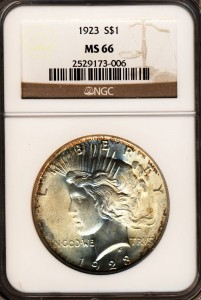 Editor’s Note: This is the last of a three-part article about direct and dealer submissions to the top two third-party coin grading companies, with the first installment covering the basics; the second, direct PCGS submissions; and the third, NGC dealer submissions. Read Part One and Part Two.

In previous installments, we covered reasons why you should consider direct submissions to the top-tier grading companies as well as instructions for submitting to PCGS, which are similar to those of NGC. Prior posts in the series also provided links with more background information on submissions, policies and procedures.

As explained in my last post, I decided to join the PCGS club rather than the NGC society for direct submission privileges, not only because I was a member of the American Numismatic Association, which has a partnership with NGC, but because my local coin shop owner has expertise on a wider range of coins encapsulated by NGC and can send mine and other customers’ coins in bulk submissions that, on average, are about the same or less expensive than my own direct submissions would be.

Moreover, NGC requires 5-coin minimums on most submissions, as noted here. My dealer is more apt to have five coins in each category sooner than I would, because he handles several customers and charges them a $5 handling fee per coin. On average, because of bulk submissions, that can save me $3 per coin on some submissions or $3 extra on others, a good deal considering the time it takes to complete the submission process, as explained in the second installment in this series.

However, because my coin dealer has sent thousands of coins to NGC, he has a better idea of how the company will grade raw coins and has dissuaded me on numerous occasions from sending in submissions, because he could identify more consistently than I a cleaning, rub, hairline or other problem. Sometimes we disagree, and I go ahead and test him, sending in a coin against his advice, only to have him proved right in the end.

The most recent example was this 1853 gold dollar purchased online that he warned was a counterfeit. I didn’t believe him. I was wrong. 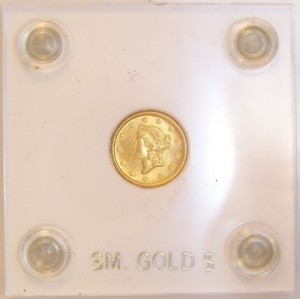 I also use his expertise on a wider array of coins encapsulated by NGC, including ancients, in which I also specialize, and certain types of medals, including some from other countries, that PCGS doesn’t encapsulate.

When debating whether to join PCGS’s Collectors Club or NGC’s Collectors Society, you might want to take into account more than direct submission privileges. For instance, you might prefer NGC’s more liberal set-registry requirements, which allow PCGS-certified coins, as well as its own, for inclusion. (PCGS set-registry rules exclude NGC-holdered coins.) You might join the ANA and secure submission privileges without joining NGC’s society. Or you may not have access to a local coin dealer sending bulk submissions to either company, or just may not trust her or his judgment, as I trust my dealer’s.

In any case, at the conclusion of this three-part series, we hope you benefited from understanding the requirements and rewards of direct submission and can distinguish which grading company better suits your own needs and whether and when to use a dealer for your raw coins.