A current problem for First Day Coin Cover collectors persists.  There are no standardized or commonly agreed upon methods for storing and displaying the covers. While coin albums, folders, tubes and capsules exist to store and display almost any coin or coin series, there are no albums specifically made for storing the First Day Coin Covers (FDCC). 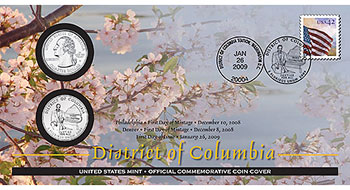 For a solution to this dilemma, we turn to the philatelic community. Their First Day Stamp Covers can be stored and displayed in albums specifically created for them. For the most part, a First Day Coin Cover is just a glorified stamp cover that happens to be a little thicker than normal because of the introduction of the coin. Thus, in most cases, one should be able to use a normal first day stamp cover album to also store your coin covers.

With this in mind, I have recently tried out a number of stamp cover albums and used them to hold my United States Mint-produced FDCCs. In doing so, I have found a few cover albums that I would like to recommend as being the most useful for showing off your First Day Coin Cover collection.

Before my specific recommendations, I wanted to make a few initial points that people should keep in mind when looking for storage and display options for their coin covers:

The cover slots in an album page should not be two-sided. Also, the pages need to be clear on both sides. Many stamp cover albums try to increase the amount of covers you can get into the album by having two-sided pages where a single cover can fit into a slot on either side. Albums may also have one-sided pages where the slots have nice colored backing to frame the cover against. This works well for most stamp covers, because it is only the front of the envelope that has anything on it. However, with many coin covers, you’ll find a lot of graphic and written material on both sides of the envelope.

Make sure the pages can be easily inserted or removed from the album. Many stamp cover albums will claim to hold a lot of covers (maybe 50 or 100). However, the thickness of a coin cover greatly reduces the number that you will be able to fit into an album. And thus, it is nice to be able to freely move pages in and out of an album to adjust the size. I have seen some stamp albums that sew the pages into the binder of the album. These are not good albums for holding coin covers. You will probably want to have a design closer to three-ring binder to allow more flexibility.

While not a must-have, I’d recommend using pages that only have one slot per page to hold a cover. Some albums have multiple types of pages (some with backings, some one-sided, etc.). Many of the pages will have two or three slots to hold your covers. However, I like taking the individual pages out at times and be able to look at each of my covers independently of the others. I want to keep them in the pages so as to keep finger-print smudges or oils getting on the cover itself. In this suggestion, everybody has different tastes. But I think you’ll find having one cover per page is tends to be more rewarding. 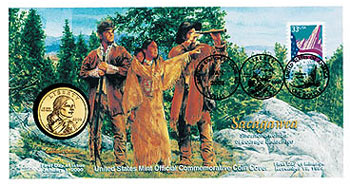 As for specific recommendations, let me first caveat that I do not work for any of these companies. These just happen to be albums I’ve been able to easily obtain and have worked well with my collection. Let me also note that most of them are expensive. I’m not sure why they are as expensive as they are, but I haven’t seen any cheaper alternatives. Now on to the reviews:

Allsyte Monarch FDC Album by White Ace: I have found these to be near perfect for first day coin covers. They are almost the exact size of the Presidential Dollar covers (those are the covers I’m currently using to test the albums). And I do believe that the State Quarter Coin Covers will fit in them too.

The thing that makes these albums great is the way the pages fit into the album. Each cover is placed in its own clear envelope-size page that flips vertically up and down when inserted into the album. Successive covers then fit below your previously placed covers. This gives you an excellent way of seeing both sides of each cover as well as the ability to view aspects of your other covers. For the State Quarter Covers, you will be able to clearly see the name of each state at the bottom of each cover, providing a tab-like index to get to any one state.

The Monarch album claims it can hold 100 stamp covers. However, as stated above, the coin covers are a LOT thicker than normal stamp covers. Via trial and error, I suggest that you don’t put anymore than 20 or so coin covers in one. And make sure to space each cover (maybe two slots or so) from each other so that they lay down flatter than they normally would if they aren’t spaced out. For the Presidential Dollar covers, this means about two albums. For the State Quarter Coin Covers, this means about three albums. The downside  is that these albums are expensive. They are nice, but I’m not sure they are worth $50 a pop.

Allsyte Jumbo Size Cover Album: Another Allsyte album I have tried is their Jumbo album. This was the first album I was able to try out and I am currently putting my State Quarter covers in these. I have found that the pages are way too wide, and I have only been able to get about 15 covers in each which makes them less than optimal. Also, the slots for inserting pages are on only one side of the cover album (the Monarch puts slots on both sides of the album). This just isn’t as appealing as the Monarch album. In addition, it’s only about $5 to $8 cheaper than the Monarch. I’m invested now in these albums, but if I did it over again, I’d probably stick with the Monarch.

SAFE First Day Cover Mini-Albums: I have also tried out the SAFE mini-albums and bought an extra pack of single-sided clear pages. This is more like a three-ring binder type of album where pages flip horizontally from right to left, but it is about one third the height since the pages only hold one cover each. The album costs a little over $30 (if you include the extra pockets) and holds about 10 per book. The album looks a lot more traditional than the Allsyte and some people may prefer that. For now, I’m holding my 1999 Sacagawea and 2004-2006 Westward Journey Nickel coin covers in this one. 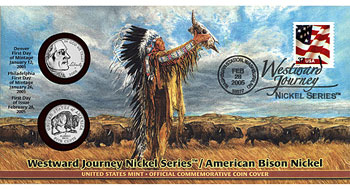 In any case, that is my experience thus far. If you’re a fan of first day coin covers or have other suggestions for holding or displaying your covers, please don’t hesitate to contact me!