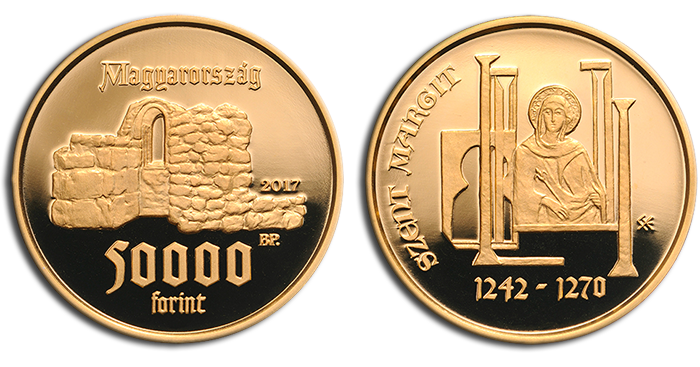 The first of only two gold coins to be issued by Hungary in 2017 honors the 775th birthday of an icon both religious and royal: St. Margaret of Hungary. The daughter of King Béla IV of Hungary and Maria Laskarina, Margaret was born on January 27, 1242, and died on January 18, 1271. In a prayer to God when she was an infant, her father promised her to a religious life in return for an end to the persecution of his country by its enemies. She grew into an exquisitely beautiful woman, and for that was offered marriage many times, but she refused any idea of it. 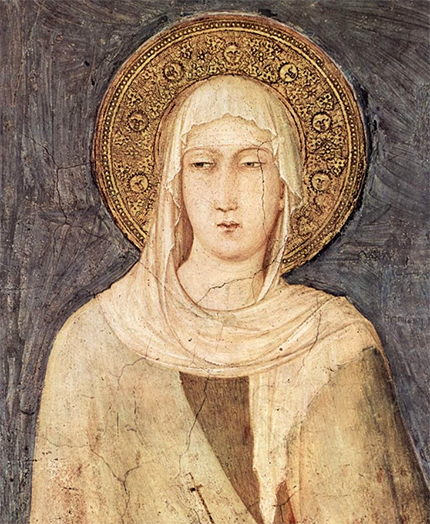 Margaret is seen by followers as a paragon of self-discipline and Christian love. Despite her royal birth, she gladly performed the lowliest work and wore the worst clothes. She spent her days working and her nights praying. According to a Hungarian legend copied by Lea Raskay in 1510, Margaret could also foretell the future, which was sometimes helpful in solving her father’s diplomatic problems. She died at the Dominican monastery on Margaret Island. Her tomb was carved from red marble with some white marble parts around 1271 by the Lombard sculptors Albert and Peter. Together with the Dominican Order, her older brother, Stephen V (1270–1272), called for her canonization due to the miracles said to have occurred at her tomb. King Matthias also supported her canonization, but the Catholic Church did not declare Margaret a saint until centuries later. Veneration of Margaret was officially allowed in Hungary beginning in 1789; Pope Pius XII finally made her a saint on November 19, 1943—the feast day of her aunt, St. Elizabeth of Hungary. 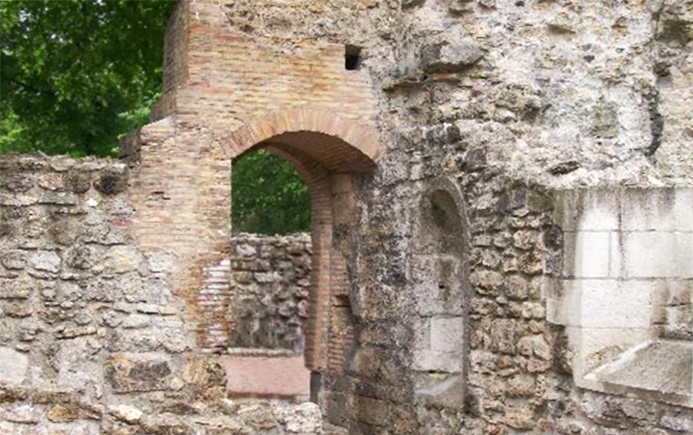 Section of the ruins of the Dominican convent on Margaret Island, Hungary. (Photo by Devoy)

In the Hungary of today, St. Margaret’s memory is also of a different sort. Margaret Island, in the Danube River in central Budapest, is an oasis of green and one the city’s most popular recreation areas. 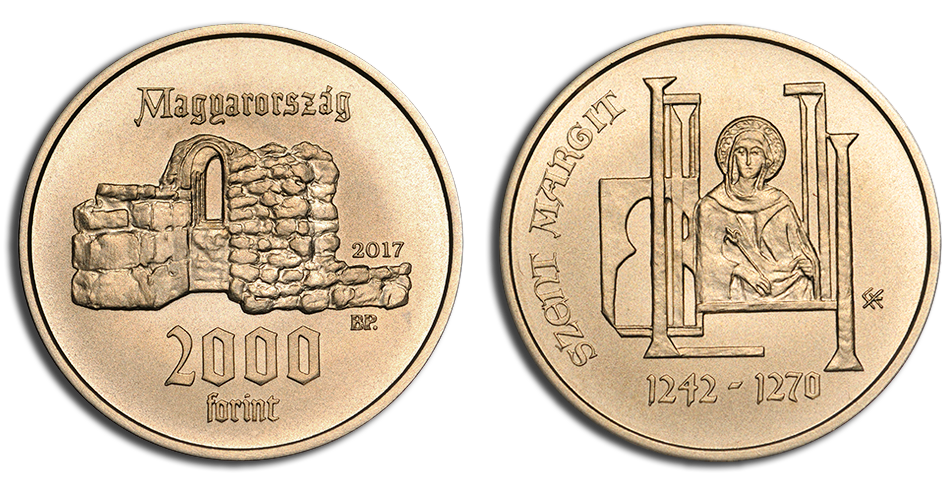 To order, or for more information on these and other coins of Hungary, contact the Hungarian Mint’s North American Representative at P.O. Box 399, Williston, VT 05495 (toll-free, 1-800-421-1866; fax, 802-536-4787; email, )—or click on the Hungarian flag at www.coin-currency.com for secure website ordering. Add $5.75 to each order for shipping and handling in the U.S.A. Shipping to other countries will be based on actual cost. Vermont residents add 6% sales tax. Those desiring to receive information and photographs electronically on a regular basis can provide their email address to .   ❑