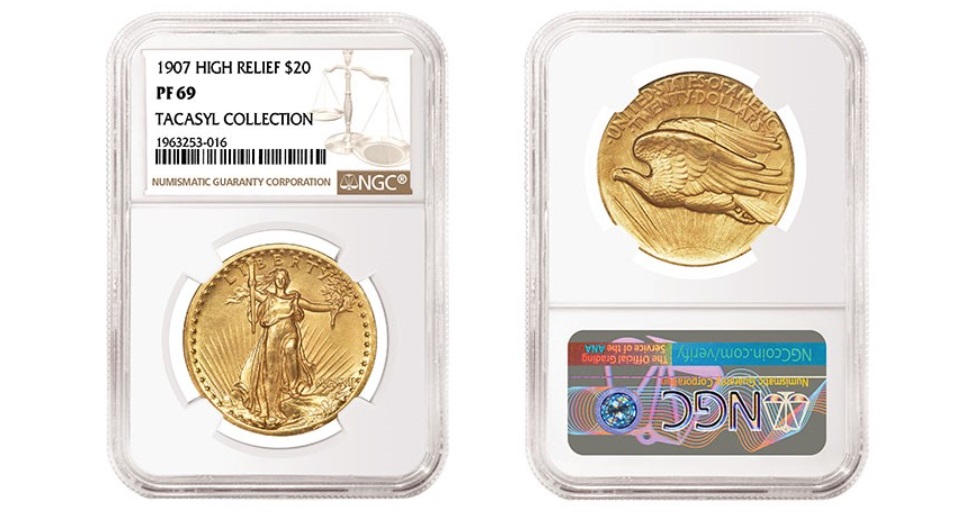 Part of a mid-September auction, the rarity has an exceptionally high grade and an impressive pedigree.

An exceptionally high-grade Saint-Gaudens double eagle certified by Numismatic Guaranty Corporation (NGC) is expected to sell for well into the six figures this month. Bidding for it and other NGC-graded rarities is under way in a Heritage Auctions U.S. coins sale that ends September 20, 2020.

At center stage is the breathtaking 1907 High Relief Wire Rim $20 graded NGC PF-69. It is pedigreed to the NGC-certified Tacasyl Collection, a mesmerizing group of 27 vintage U.S. gold coins that realized over $10 million in a 2013 sale. This particular coin has been off the market since realizing $573,300 in that auction.

NGC has graded more than one million Saint-Gaudens double eagles, and this is one of only four in the NGC Census (across all strikes and dates) that earned a grade this high. It comes from the inaugural year of the series whose design is regarded by many as the most beautiful in American coinage.

Another high-grade gold coin from more than a century earlier is also expected to generate lively bidding. A 1795 13 Leaves eagle graded NGC MS-64 is among the highest-graded of this issue. As an example of the BD-1 variety, it is among the first $10 gold coins struck by the U.S. Mint. 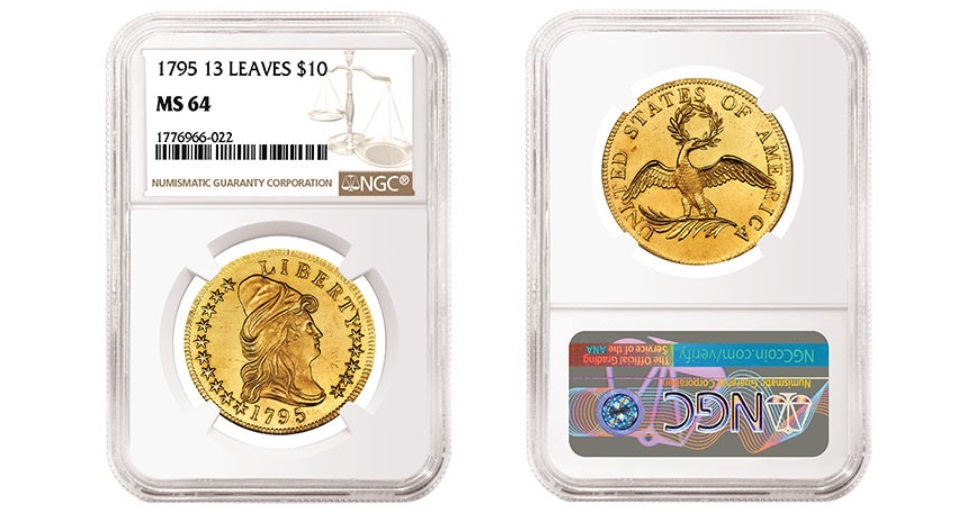 Other NGC-certified highlights in the sale include: