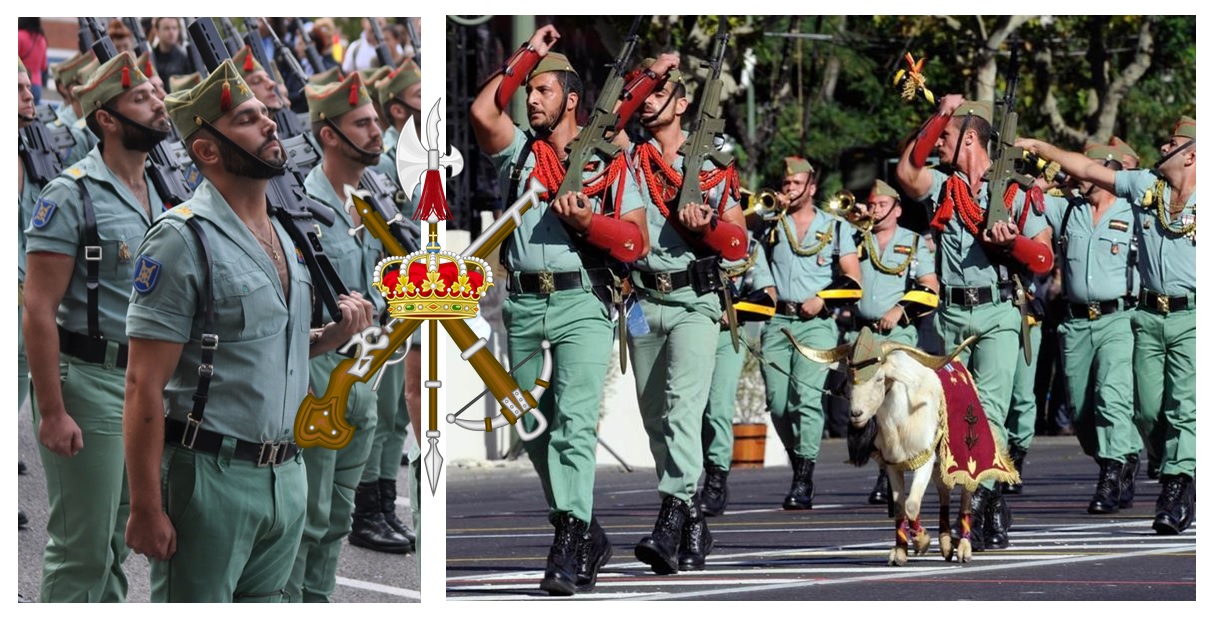 The Fabrica Nacional Moneda y Timbre / Real Casa de la Moneda has released (15th June) new silver and colour collector coins which highlight an anniversary for one of the country’s more distinct branches of the military. The Spanish Legion, informally known as “The Tercio” or “The Tercios” (an old Spanish military term that roughly translates as “regiment”), is an elite unit of the Spanish Army that belongs to Spain’s Rapid Reaction Force and is modelled on the French Foreign Legion.

Formed by a royal decree signed by King Alfonso XIII (reigned 1888-1931) on the 28th January 1920, its initial founding was to defend the Spanish territories in Africa. However, it wasn’t until the 20th September 1920 when the first recruit joined the new legion, and it is this date that is celebrated annually. The unit is the equivalent of the French Foreign Legion and was initially known as the “Tercio de Extranjeros,” (Tercio was used to denote foreigners) although it recruited some foreigners, those serving in the legion were predominantly from Spain. Today, those recruits wishing to join the legion must be a citizen of Spain. Foreign nationals must have a valid Spanish residence permit; they should not be younger than 18 years of age and not older than 29 on the day of their enlistment.

The legion fought in Morocco in the War of the Rif from its founding until 1926. Together with the regulares, which were made up from Moorish colonial troops, the legion made up the Spanish Army of Africa. When Morocco, formerly divided into French and Spanish protectorates, gained their independence in 1956, the legion continued as part of the garrison of the remaining Spanish enclaves and territories in North Africa of Ceuta and Melilla. Today, the Spanish Legion is now mostly used in NATO peacekeeping missions. They have participated in the Yugoslav Wars, Afghanistan, Iraq, and Lebanon. More recently and during the lockdown in Spain resulting in the COVID-19 pandemic, the legion was called upon to provide support to the country’s national police, to secure borders, and to prevent unauthorised travel into Spain. The legion’s parades attract a lot of attention from the public due to their more informal pageantry and numbers. For instance, their march-step is faster than the Spanish military standard, being 160-180 steps per minute in contrast to the standard 90 steps per minute, referring to their classification as Spain’s Rapid Reaction Force. Those participating in parades are often accompanied by their mascot, a colourfully coated goat who parades freely with them.

The tertio’s unique, sage green tropical uniform for semi-formal barrack dress is the basis of legion’s parade uniform. The distinctive V-neck button short sleeve shirt, which was designed with no top buttons, is attributed to the warm North African climate the soldiers would be stationed in. These shirts, which are a lighter shade of the sage green than its corresponding trousers, have remained a part of the uniform since their introduction. The khaki gorrillo cap, or chapiri, with a red hanging tassel in the front is also a distinctive mark of the tercios’ uniform.

Real Casa de la Moneda produces the silver coins which follow the same specifications as the traditional eight reales denomination at their facilities in Madrid. The obverse side of the coins features an effigy of HM King Felipe VI, who is depicted wearing the insignia of captain-general on his lapel. Above the king’s portrait along the edge is his legend FELIPE VI REY DE ESPANA. Below the king’s likeness is the year of issue, 2020, placed between two diamond-shaped points.

The reverse side features the emblem or insignia of the Spanish Legion centred and which is shown in colour. Above the primary design along the edge is the text LA LEGION and below this are the years 1920 2020, separated by the top portion of the insignia. Below the design is the commemorative inscription along the edge LEGIONARIOS A LUCHAR LEGIONARIOS A MORIR (“Legionnaires to Fight, Legionnaires to Die”). The denomination of 10 EURO is part of the centred design with the numeral 10 seen to the left of the insignia.

Available from the 15th June, each colour and Proof quality coin is encapsulated and presented in a custom case branded with the Real Casa de la Moneda logo and is accompanied by a certificate of authenticity. For additional information about this coin and other coins available from the FNMT — Real Casa, please visit their website.