The Fabrica Nacional de Monedas y Timbres, in conjunction with the Casa Real de la Moneda have introduced the new portrait or effigy of the country’s new Monarch, King Felipe VI who succeeded to the Spanish throne in June of this year. Felipe, formerly the Prince of the Asturias is seen in full profile and facing to the left as is traditional for Spanish monarchs. The text which the King faces reads “ESPANA” along with the year of issue. 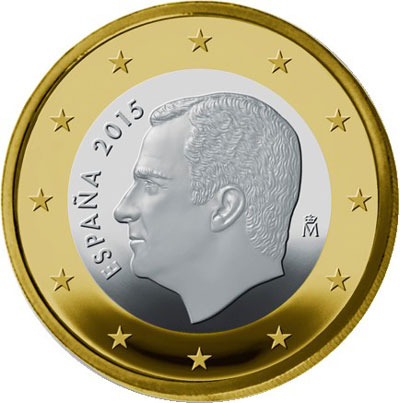 The one and two Euro coins will carry the portrait of the King, the remaining three smaller denominations include a depiction of the Cathedral of Santiago de Compostela while the three middle values of 10, 20 and 50 cents include the portrait of Miguel de Cervantes. The Spanish Euro coins were originally produced in 1999 and were officially released into circulation on the 1st January 2012 with the adoption of the EURO single currency by Spain on that day. 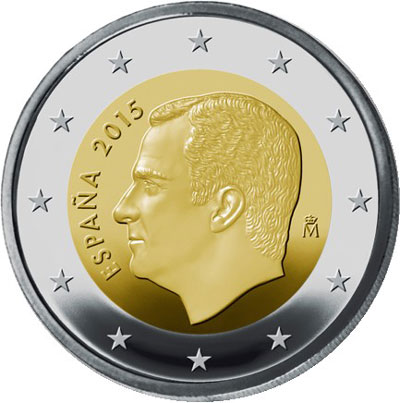 The FNMT have advised collectors that the following products which will include the newest 1 and 2 Euro coins and will be made available shortly after the New Year.

For more information on these and other sets and products issued by the Casa Real de la Moneda, please visit their website at: https://tienda.fnmt.es/fnmttv/b2c/display/%28xcm=Z_TIENDA&layout=6_1_75_62_6&uiarea=0&ctype=areaDetails&carea=0000000091%29/.do Information offered in Spanish and English – international orders dispatched.