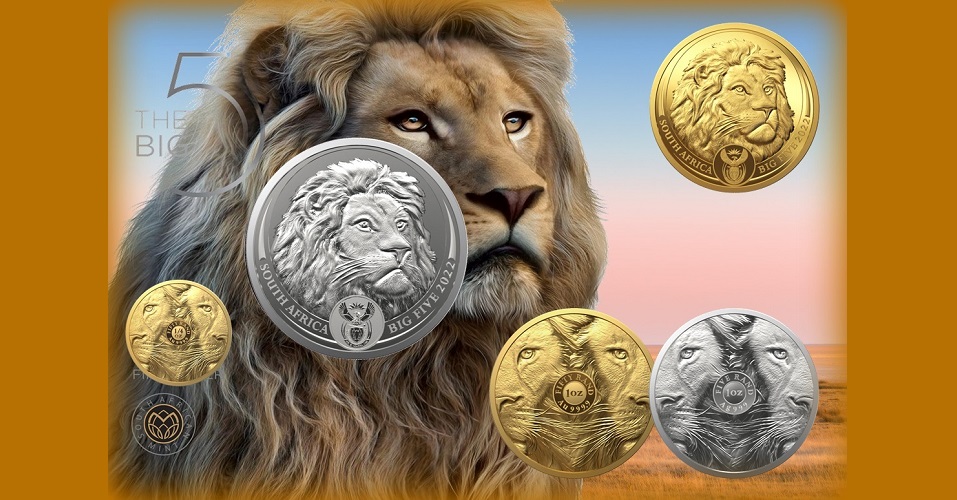 The South African Mint has released (1st March) the second design in their newest “Big Five” bullion and collector coin range which features a subtle revision to the obverse design. The reverse design remains the same as that of the previous series, an award-winning concept comprising the two halves of the animal’s face conjoined in a recognisable overall image. A sequel to the award-winning first series introduced in 2019, the second series follows the release sequence as the first series with the elephant leading the introduction, followed by the lion, rhino, leopard, and buffalo. Both series highlight African wildlife known as the “Big Five” (elephant, lion, buffalo, rhino, and leopard), which are considered emblems and ambassadors of this rich and vast continent. The coins are once again available in three metals: Silver, gold, and platinum. 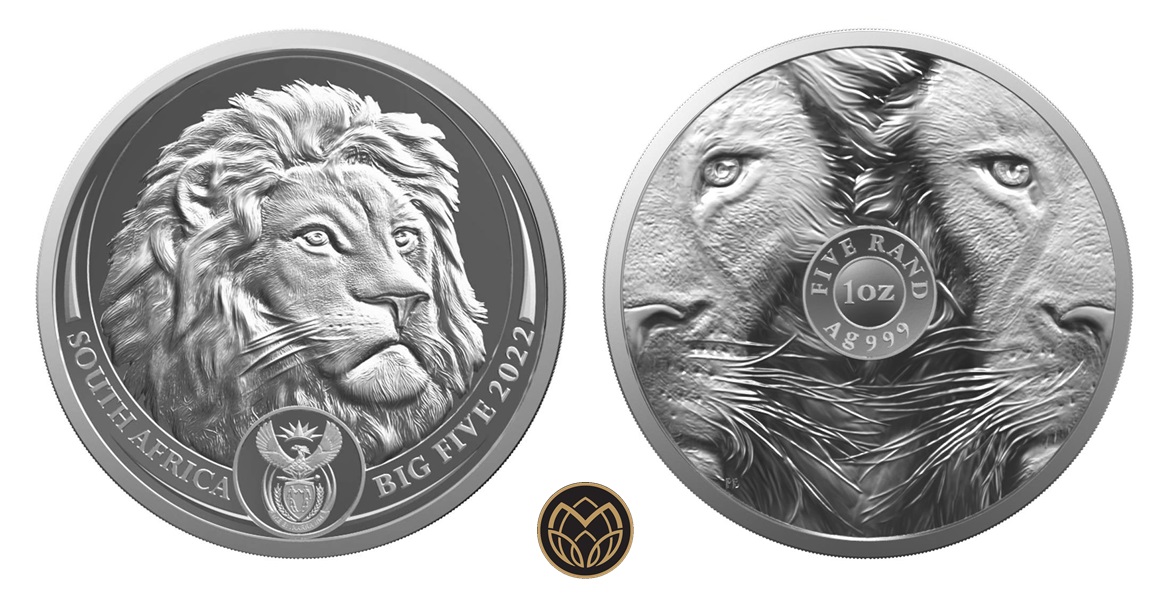 Previously these beautiful animals were hunted during safari and savoured as trophies. Today, they are appreciated and protected with modern-day safari-goers only shooting them with cameras. The lion is universally known for its indomitable spirit as the king of the jungle, and symbolises royalty and strength in some African cultures, while the lioness represents femininity and motherhood. The lion is both the largest and most important land predator in Africa, at the top of the food chain with no natural predators, except poachers. 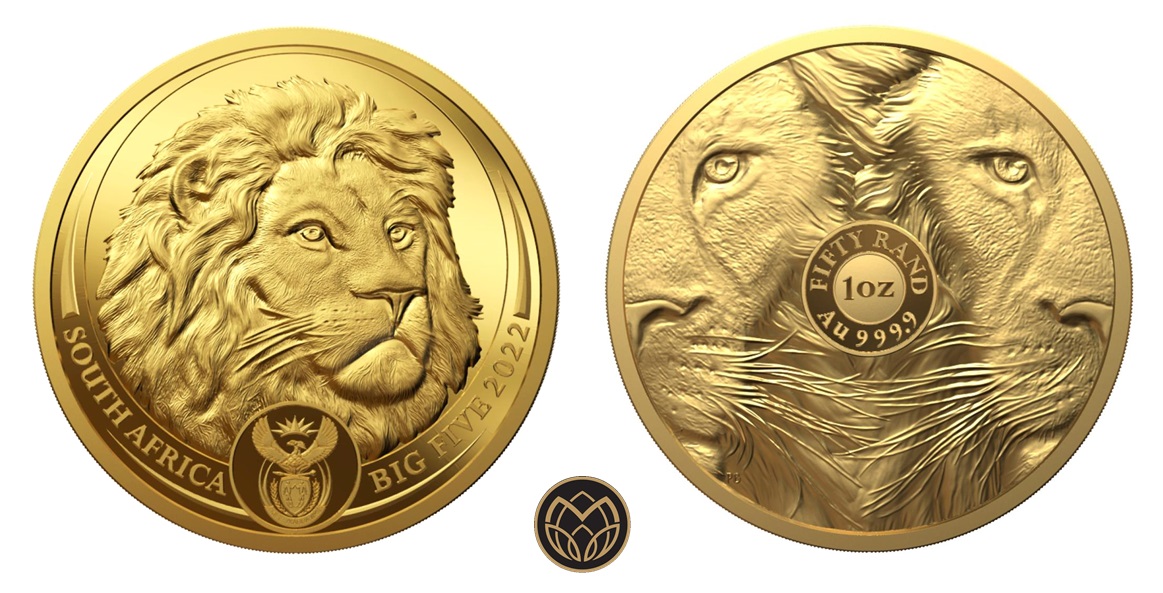 The obverse side depicts a detailed close-up image of the head of an adult male lion facing in a direction to the right. Towards the lower half is an image of the South African crest and on either side is the text SOUTH AFRICA and BIG FIVE 2022. The award-winning reverse design, which is the result of a collaborative effort of artists at the South African Mint, remains the same as that of the previous series, perfectly joining the two halves of the animal’s face from an opposite format. When two coins are placed next to one another; they make up the full face of the animal. In the centre are the coins’ metal content, denomination, and weight in a circular emblem. 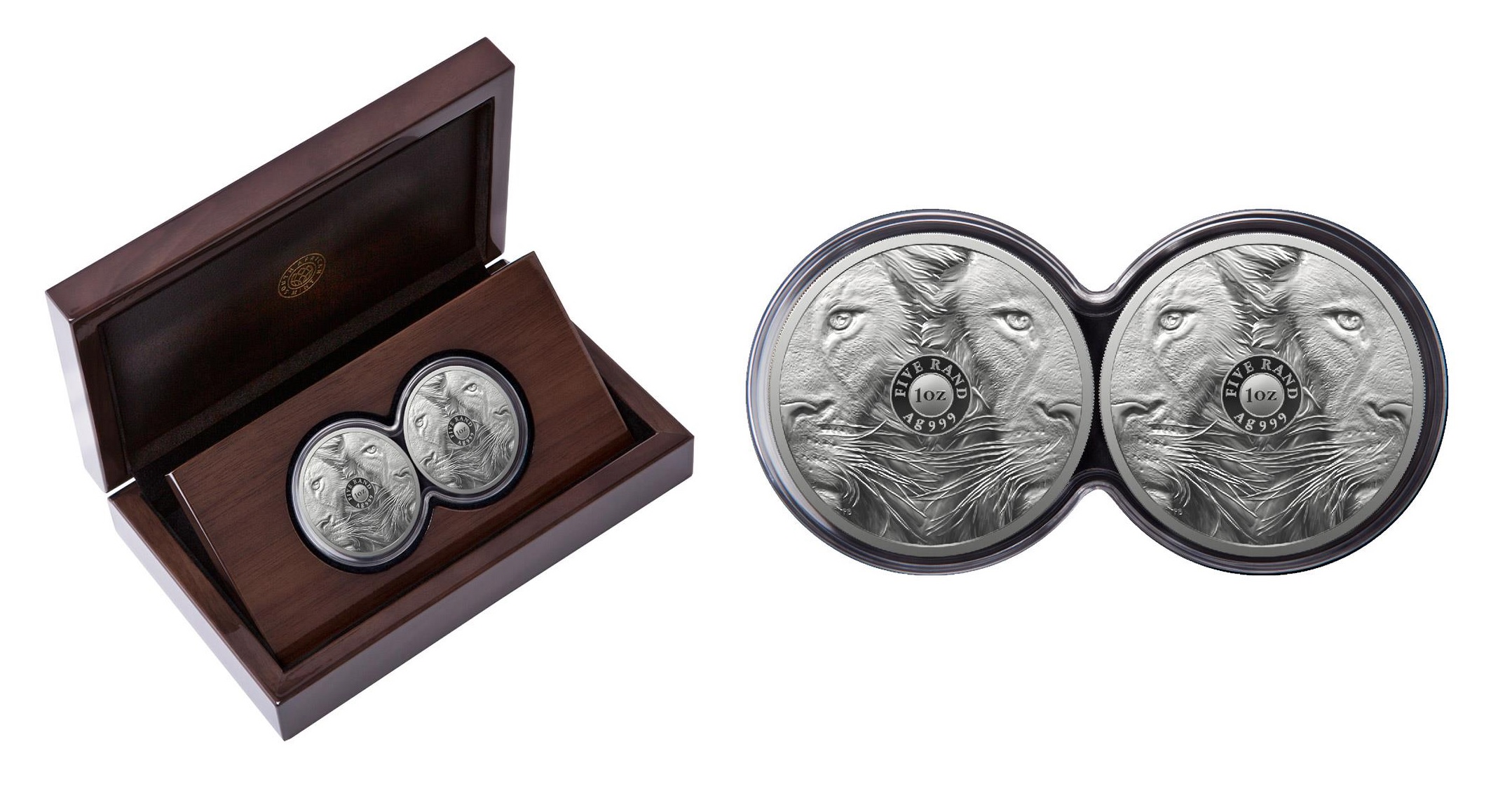 The one-ounce Brilliant Uncirculated coin is presented in an attractive blister folder with images of the animal featured and informative text. The single Proof-quality coins are encapsulated and presented in a hardwood case. The two-coin set is also specially encapsulated to highlight the reverse side design and is presented in a custom case to accommodate the capsule. Each coin in the Big Five & Krugerrand set is individually encapsulated and enclosed in its custom hardwood case. The Big 5 & Krugerrand combination set and the popular two-coin Proof set are presented in an innovative double-capsule presentation. All versions are accompanied by a certificate of authenticity. For additional information, please visit the website of the South African Mint.

*The quarter-ounce gold coins are available in options of single coins (2,000 pieces) and two-coin sets (1,000 sets).