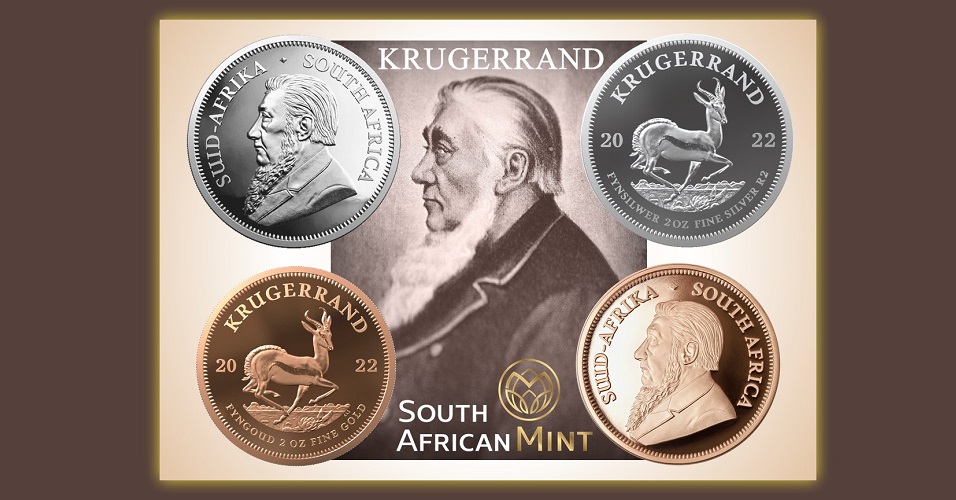 The South African Mint have released two-ounce gold and silver Proof quality collector versions of their ever-popular Krugerrand bullion coins. First issued in 1967, the South African gold Krugerrand was not only the world’s first modern gold bullion coin, they soon became the most widely traded and recognised gold coin in the world. Over time, many national mints began releasing their own gold and ultimately silver bullion coin versions of the Krugerrand, encouraged by the success of the instantly recognised South African coin. Soon after, Proof strikes were also released for the numismatic market and it was these versions that became highly collectable and sought after due to their limited mintages. 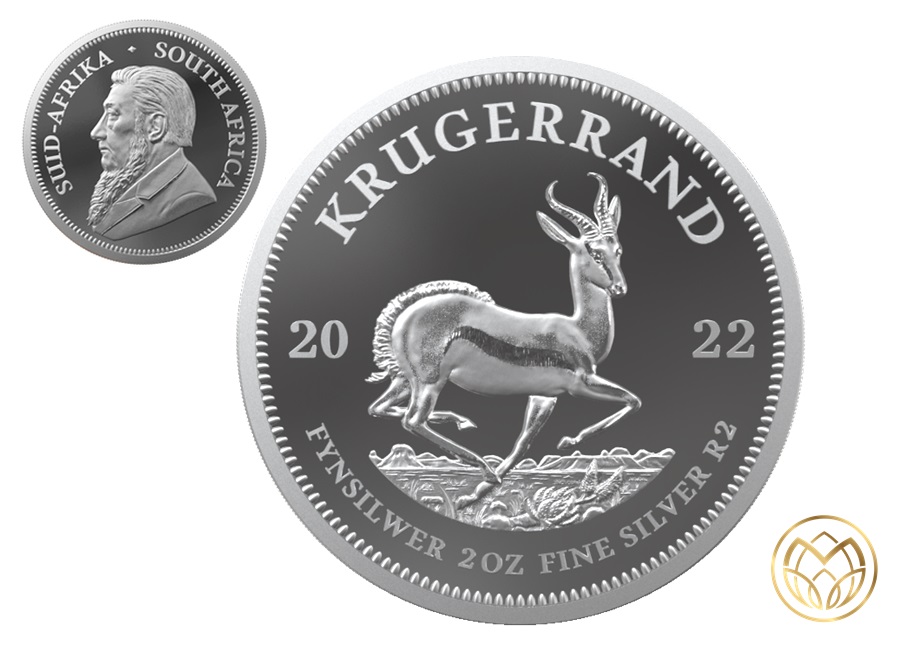 In recognition of the very successful selection of silver bullion coins currently on the market, the South African Mint released for the first time silver one-ounce Krugerrands, the first in 2017 which was also in honour of the 50th anniversary of the first release of the gold Krugerrand. The silver coins minted in both Proof and Brilliant Uncirculated have also become very popular and now, two-ounce gold and silver sizes have been added to the overall range since 2020. Over 50 million ounces of gold Krugerrand coins have been minted since production started in 1967. 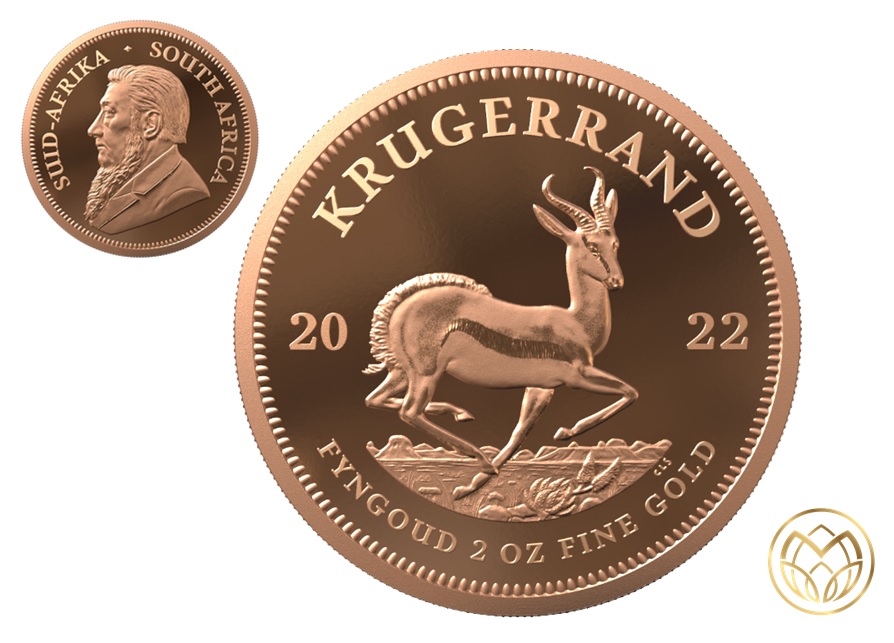 The common obverse design features Paul Kruger (1825–1904) president of the South African Republic/Zuid Afrikaansche Republiek from 1883 to 1900 and for whom the coins are named after. The effigy of President Kruger used on Krugerrands was originally modelled by die-engraver Otto Schultz and recreated from the original die used for the historic Kruger silver half-crown coins released in 1892. Above the likeness of Kruger is the text SUID-AFRIKA and SOUTH AFRICA. The reverse design depicted on all Krugerrands was originally created by the renowned sculptor, Coert Steynberg, and features one of South Africa’s national animals, the springbok. The design was first seen on five-shilling silver crown coins released in 1947 in celebration of the royal visit of HM King George VI and Queen Elizabeth. The text above the primary design reads KRUGERRAND with the year of issue 2022 shown as double digits placed on either side of the springbok. Below the design is the coins’ weight and metal content in both English and Afrikaans. 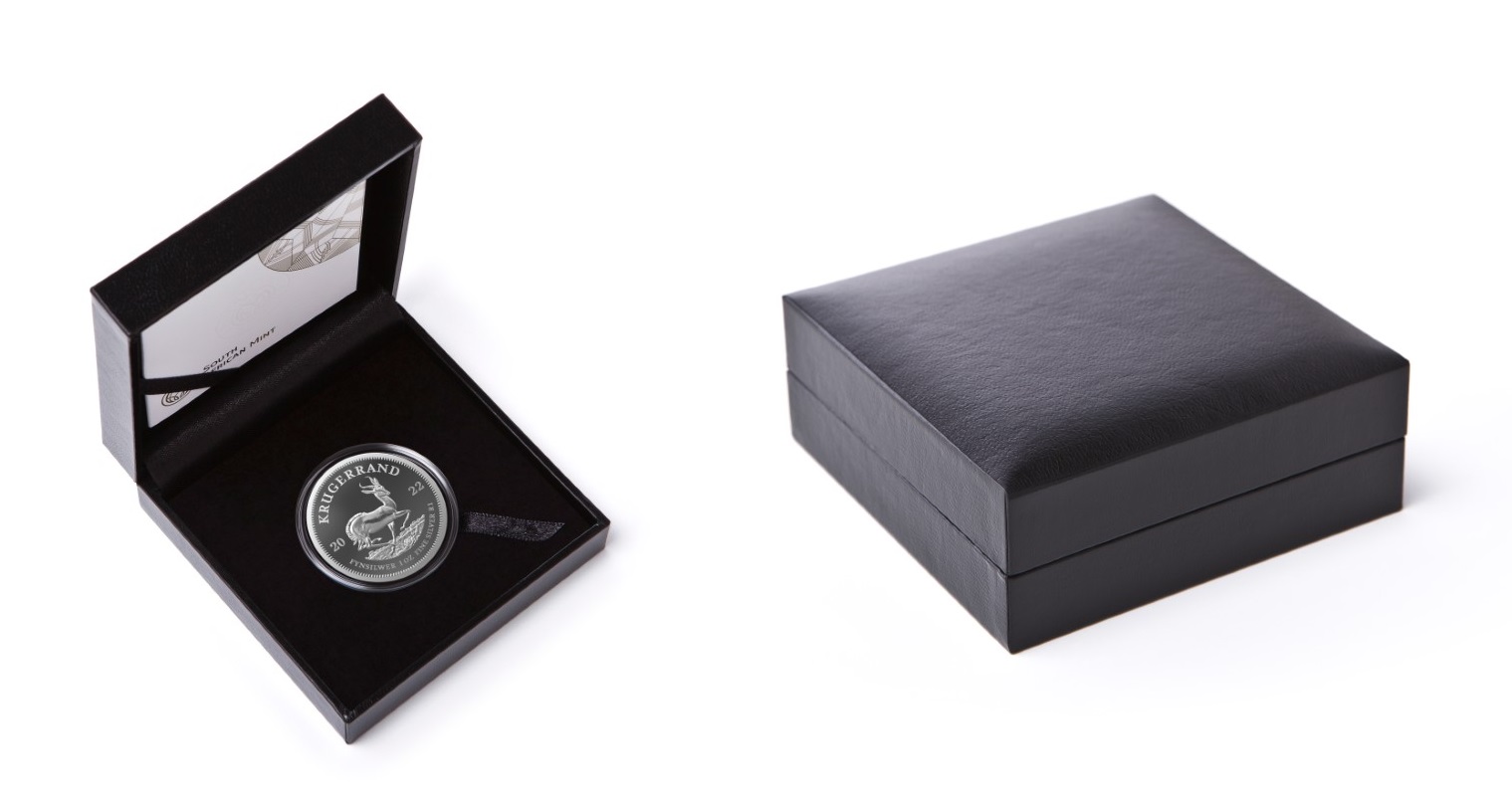 Both the gold and silver Proof quality coins are encapsulated and presented in a custom case crafted of polished wood (gold) or black leatherette (silver) and are accompanied by a numbered certificate of authenticity. For additional on these and other options of the Krugerrand range, please visit the website of the South African Mint.

The Proof and Brilliant Uncirculated quality coins are also available through a network of reputable international bullion dealers.