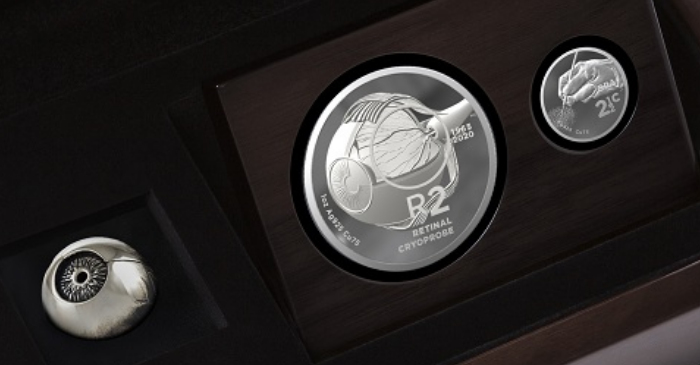 The South African Mint has released (3rd March) their fifth set of two-rand crown and 2.5-cent “tickey” coins in the ongoing and popular series entitled “Ingenuity and Innovation,” first launched in 2016.

The theme was introduced to highlight globally important inventions and firsts by South Africans. In 2019, the innovation focused on was Pratley Putty, the world’s first epoxy adhesive invented by South African engineer George Pratley.

The retinal cryo-probe is a large, pen-like instrument commonly used in cryo-surgery. The retinal cryo-probe emits analgesic nitrous oxide at below-freezing temperatures of -80o degrees Celsius. Cataracts have been identified as a national health priority in the country and remain the leading cause of blindness according to the South African Optometric Association.

Amoils received global recognition for his invention and in 1975 was awarded the Queen’s Award for Technological Innovation. He also received the Medal of Honour of the United States Academy of Applied Science. His cryo-probe remains on display at the Kensington Museum in London. His most famous patient, President Nelson Mandela, had the cataract in his left eye removed days after his swearing-in as South Africa’s President in May 1994. For his work, Amoils was also bestowed with the Silver Order of Mapungubwe “for excellence in the field of ophthalmology and for inspiring his colleagues in the field of science.” The Order was first inaugurated in 2002 and is awarded to South African citizens for achievements that have impacted internationally and served the interests of the Republic of South Africa. 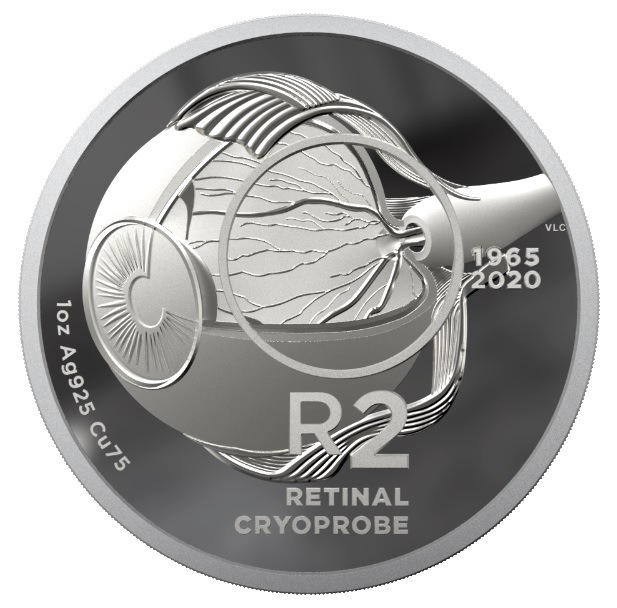 The two-rand crown-sized coin features the anatomy of an eye, the years 1965 and 2020, the words Retinal Cryoprobe, and the denomination R2. 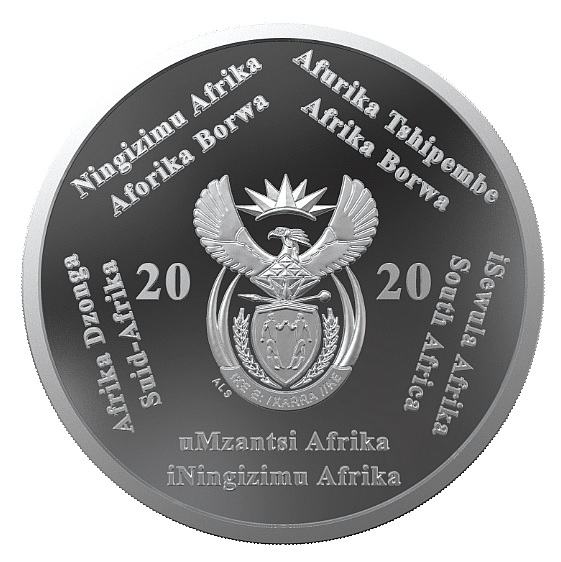 On the reverse side is the national coat of arms, the words South Africa in all the official languages, and the year of issue, 2020, are featured. 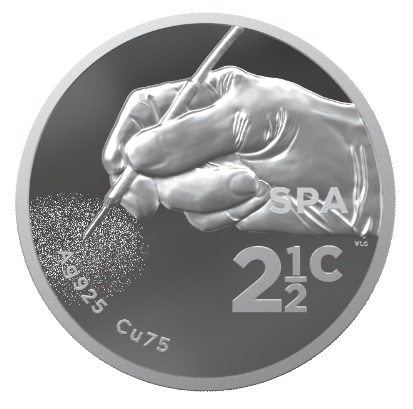 The obverse of the much smaller 2.5-cent silver “tickey” coin depicts a gloved hand holding the retinal cryo-probe, the letters SPA for “Selig Percy Amoils,” and the denomination 2½c. 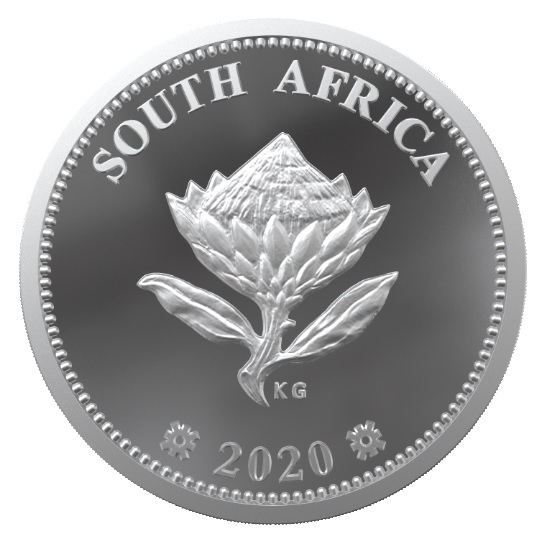 The reverse shows a king protea, first demonstrated on three-pence coins in 1925 and designed by George Kruger-Grey. The words South Africa and the year 2020 are placed above and below the primary design. When the tickey is placed on top of the crown in the designated area, the surgical procedure is recreated. 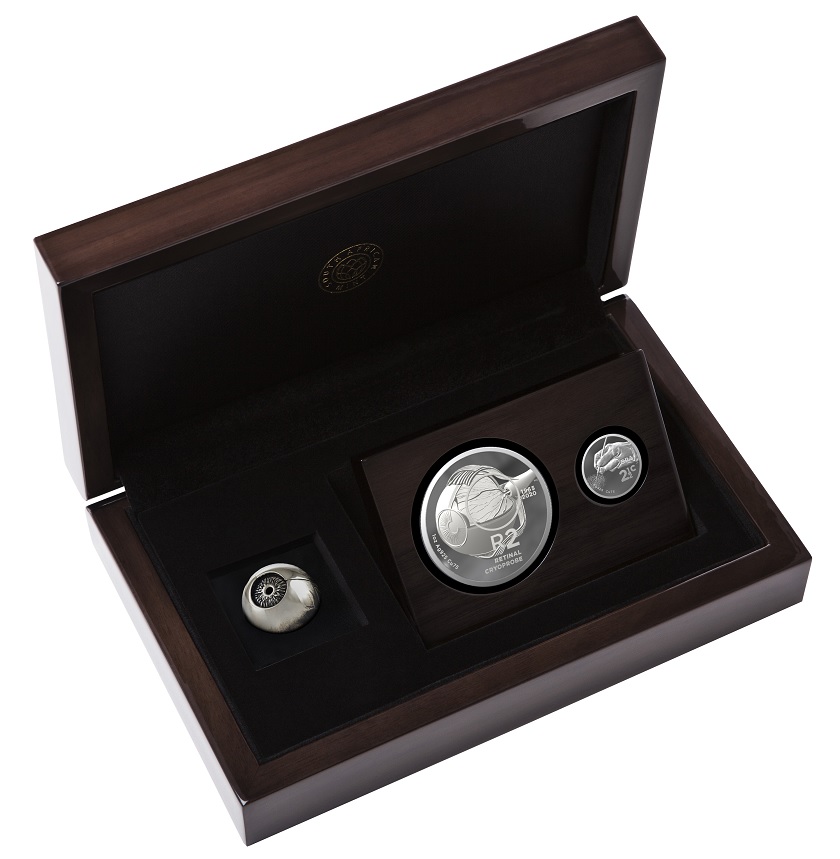 The 2020 South African Inventions sterling-silver two-rand crown coins and the single 2.5-cent sterling silver “tickey” coins are each available separately or as part of a two-coin set which includes an unusual and exclusive sterling silver miniature sculpture of the human eye. The set is packaged in a beautiful piano finish varnished walnut wood presentation case with certificate of authenticity. For additional information about these coins and others available from the South African Mint, please visit their website.