Can you translate this sentence? “My grading company labeled a mint state coin as a slider because sliders in my album left slide marks on the obverse.”

Translation: “My grading company labeled a mint state coin as almost uncirculated because acetate sheets in my album caused hairline streaks on the obverse.”

I don’t know if anyone would ever say the first sentence; but I do know that the terms “slide marks” and “sliders” often confuse new collectors.

Some readers of Coingrader Capsule are expert numismatists and not only use the terms “slide marks” and “sliders” but often do so interchangeably. (I have done so.) Even the wonderful coin expert Susan Headley does in defining “slide marks” as “slider marks” in this post.

This Coingrader Capsule is about slide marks, those hairline streaks that can cause leading grading companies to return coins as “cleaned” or “damaged.” Before launching into that topic, however, we should clarify a few more terms for novice readers because novices are prone to use coin albums incorrectly.

An album differs from a folder, which contains holes on glued cardboard. An album opens like a book with acetate (or Mylar® sheets) on both sides of the cardboard so that the obverse and reverse of a coin can be viewed (unlike folders showing only the obverse side).

Those sheets are called “sliders.” Those sheets over time, slid over coins improperly placed in albums, can turn mint state coins into “sliders” (appearing “uncirculated” but really “almost uncirculated” because of so much handling).

As you can see, the problem with the term “slider” is that it means two things: plastic sheets and almost uncirculated coins. 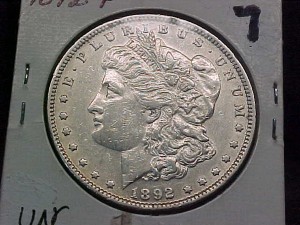 Why not call “slide marks” “album marks”? Why not call acetate sliders “plastic sheets”? I also never liked the word “slider” because it implies a dealer pulled a fast one, as in “sliding”lesser coins by unsuspecting customers.

Those dealers didn’t slide anything; they deceived.

We digress. Now that we know those terms, let’s deal with the issue at hand: Cleaning coins with cotton or another seemingly harmless abrasive also can leave hairline streaks that resemble slide marks. And that’s the rub, literally and figuratively.

Grading companies can deduct points for slide marks, but they should not lump submissions containing those marks in the same category as cleaned, rubbed or damaged coins. Increasingly, I see that happening. 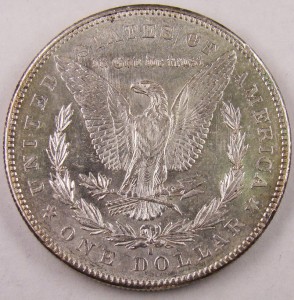 (I may have to crack out coins with telltale slide marks already encapsulated by a leading company and see if they come back as cleaned or damaged.)

Meanwhile, for the new collectors reading this column, be careful when placing coins in albums so that the bottom or top sheet makes no contact with the coin. Often those albums also contain stray bits of cardboard that cling to the sheet because of static electricity. Those can gouge a coin, truly damaging it.

Some numismatists take a can of compressed air and blow away those stray bits before placing coins in albums. Oh, and they use white cotton gloves while placing those coins, taking every precaution to minimize damage from fingerprints and natural oils of skin.