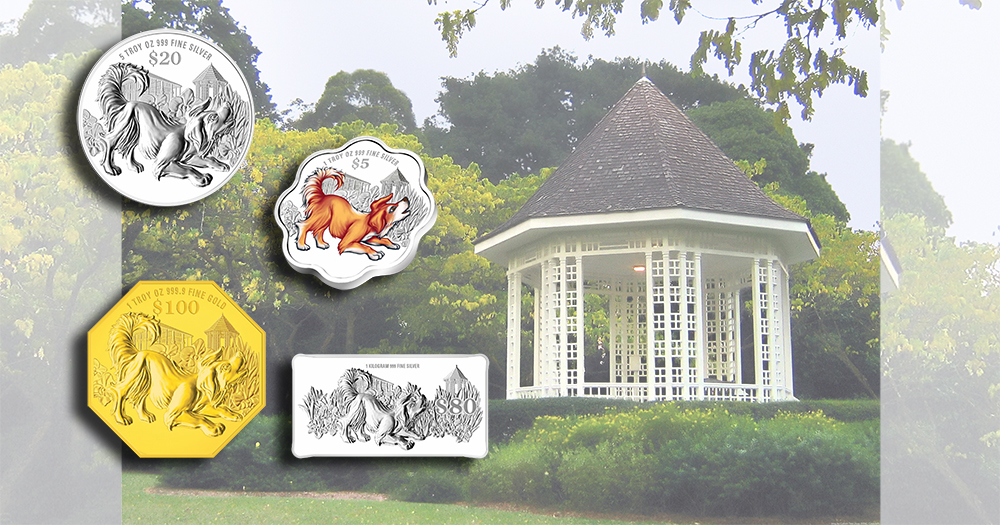 In the background, the bandstand in the Singapore Botanic Gardens (also depicted on the coins). Photo by Calvin Teo.

The Mint of Singapore have launched (21st November) a new set of Chinese-zodiac collector coins which depict images featuring the Year of the Dog. As the new year on the lunar calendar commences on the 16th February (according to the Gregorian calendar), we say goodbye to the Year of the Rooster and welcome in the Year of the Dog. The Chinese zodiac change their symbols in 12-year cycles, and every year, the lunar calendar highlights a unique zodiac sign which features either a mythical or a real-life animal, each with specific traits and qualities.

Those born under the sign of the Dog were born in the years 1922, 1934, 1946, 1958, 1970, 1982, 1994, 2006, and of course 2018. According to Chinese tradition, the dog is man’s best friend, understanding the human spirit and obeying its master, whether wealthy or poor. The Chinese regard the dog as an auspicious animal, and if a dog happens to come to a house, it symbolizes the coming of fortune. The invincible god Erlang Shen (二郎神), a Chinese god with a third, truth-seeing eye in the middle of his forehead, used a loyal wolfhound to help him capture monsters.

People born in the Year of the Dog are usually regarded as independent, sincere, loyal, and decisive, and are not afraid of difficulties in daily life, according to Chinese zodiac analysis. These shining characteristics enable them to have harmonious relationships with others. Strengths attributed to those born in the year of the Dog include being valiant, loyal, responsible, clever, courageous, and lively. However, their weaknesses are attributed as being sensitive, conservative, stubborn, and emotional.

The coins in this Chinese zodiac series are produced in gold, silver, and base metals, both with and without colour application on the reverse, and in both Proof and Brilliant Uncirculated quality. 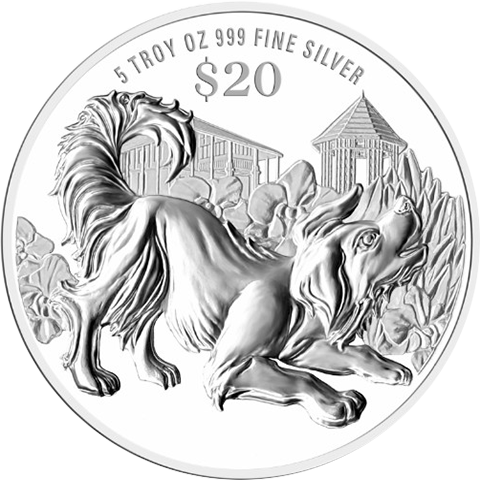 Common obverse design (except for inscriptions).

The obverse, which is common to all coins in the series, includes a depiction of a shaggy dog facing to the right in a playful stance, with the Singapore Botanic Gardens in the background. With more than 150 years of history, the Singapore Botanic Gardens is Singapore’s first UNESCO World Heritage Site. Above the central image are the weight, fineness, metal, and denomination. 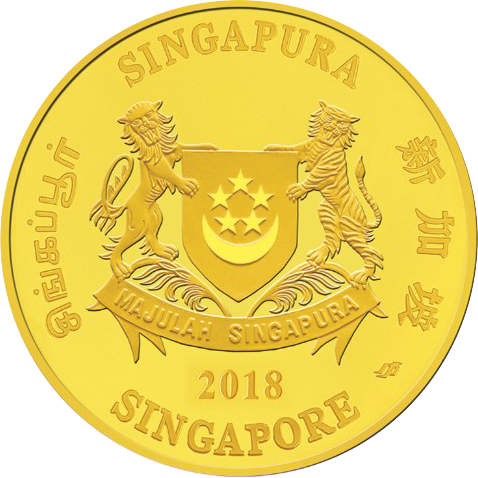 The reverse depicts the crest or coat of arms of the Republic of Singapore, with the text SINGAPORE and SINGAPURA placed around the crest in Chinese, Hindi, and Western characters. The year of issue, 2018, is placed below the crest. The coins are variously round, octagonal, scalloped, or ingot-shaped. 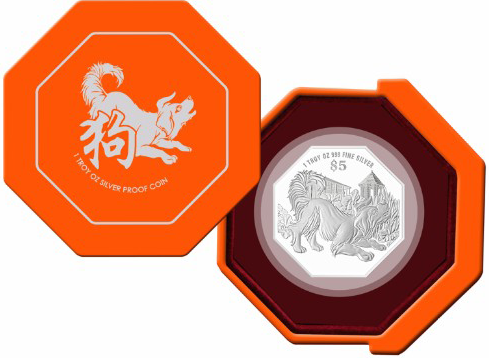 The 2018 Year of the Dog Almanac Collection is the second issue of the Singapore Fourth Chinese Almanac Coin Series. Each coin option is encapsulated and is presented in an eight-sided custom case accompanied with a certificate of authenticity. The coins are available in 10 different versions, comprising various metallic compositions, minting relief effects, and shapes. Special premium sets consisting of various coin combinations will also be available. Some of the products in the new lunar series will be subject to balloting if oversubscribed upon pre-issue orders, closing on the 15th December 2017. Please visit the website of the Singapore Mint for additional information on these and other coins on offer.

France: “Treasures of Paris” coin series continues with focus on Statue of Liberty