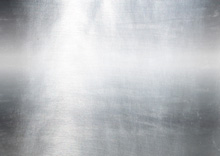 At a meeting of the Society for Applied Microbiology in London, England last week, Professor Willy Verstraete, a microbiologist from the University of Ghent, Belgium reported some interesting findings.

Tests using the bacteria Lactobacillus fermentum, which is a “healthy” bacteria often found in yogurt and probiotic, digestive aid drinks, found that when grown in a solution of silver ions, tiny nanoparticles of silver attach to the outside of the bacteria.

These bacteria could be incorporated into nasal sprays, water filters, hand washes, and food cutting boards.  When they come in contact with noroviruses, the bacteria leaves the viruses unable to cause infections.  The researchers expect that these special bacteria will also have the same effect on the viruses that cause influenza (the flu), the common cold, and other infections.

Verstraete warned, “There are concerns about using such small particles of silver in the human body and what harm it might cause to human health, so we have attached the silver nanoparticles to the surface of a bacterium.  It means the silver particles remain small, but they are not free to roam around the body.”

When ingested in some forms and in sufficient doses, silver has been reported to damage the liver, kidneys, and lungs.  The small size of the particles previously tested has some researchers concerned that silver could pass to other areas of the body with harmful results.  Verstraete claims that the use of this particular bacterium will prevent it from gaining access to other parts of the body.

Verstraete reported that he is now working with Johnson and Johnson and with Janssen (a Belgian pharmaceutical firm with locations in 50 countries) to develop the technology to use silver to attack other viruses.

A nanoparticle contains about 15,000 atoms of silver.  With so little silver needed for each dose, the price of silver could increase many times from current levels without reducing demand for this possible cure for the common cold.