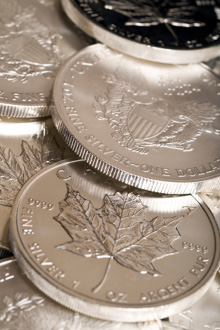 Analyst Adrian Douglas has done it again.  His February 5 article titled “Silver Breaks Its Golden Shackles” shows that since September 2010, silver prices have broken above their consistent relationship to gold prices that have existed since 2003.

For this new analysis, he cross-plotted the gold and silver prices for every single trading day from June 2003 through September 2010.  The data created almost straight line correlations for two different time periods.  From June 2003 through the end of 2007, Douglas deduced a formula.  Using this formula, if one knew the spot price of gold, the formula would calculate the price of silver that would come relatively close.  From the beginning of 2008 through September 2010, a different formula could be used to closely calculate the silver price once you knew the gold price for that day.

Douglas considers this seven year correlation of gold and silver prices as one more bit of evidence that silver prices were not determined by free market trading during that time.  Douglas’s previous research had shown that the trading pattern for gold over the past 10 years was also manipulated and suppressed.

The analyst recently updated this analysis of the correlation of gold and silver prices right up to a few days ago.  The chart shows that since October 2010, silver has stopped trading in tandem with gold and is accelerating its price increases compared to gold.

There are other reasons why silver looks poised for major price increases in the near future.

I noted a couple of weeks ago that the retail premium on US 90% Silver Coins had increased enough that it was no longer profitable for dealers to sell the coins to refiners to melt down, thus depriving refineries of this source of physical silver.  In his article, Douglas noted that refineries are now declining to accept new orders because of the difficulty of obtaining physical silver to process.

There have been several news reports outside of the mainstream media that China has shifted from being a significant exporter of silver in 2005 to being a huge importer by 2010.

In January, the US Mint set an all-time monthly sales record of Silver Eagle at 6.4 million coins.  The Mint had to start rationing coins part way through the month, or the volume would have been even higher.

Since last June, the COMEX silver inventories have declined by more than 10%.  Dealer inventories are now so low that they only cover 6.6% of open contract liabilities!

In January, as prices dipped temporarily, my own companies’ sales volume of bullion-priced silver products increased while those for gold declined.  Several other dealers have told me similar stories.

Last year the price of silver rose 83.8% during the course of the year.  The US government committed to reducing the value of the US dollar, and even is already talking about the next program of inflating the US money supply once the current program ends in June.  Along with a number of other reasons that bode well for higher precious metals prices, I feel comfortable with my prediction that the price of silver in 2011 will rise by a greater percentage than it did in 2010.  Further, I expect to see significant increases by the end of March.