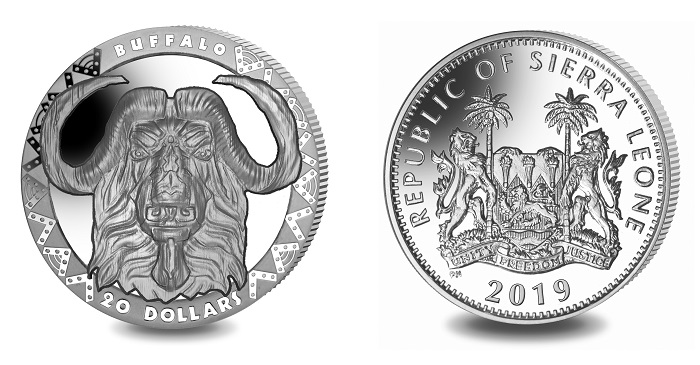 The  Bank of Sierra Leone has issued (26th June) the last collector coins which are part of a double-crown silver Proof coin series entitled “The Big Five.” The Big Five includes the African elephant, the lion, the rhinoceros, the leopard, and the water buffalo. With this last release, they have all been featured in this double-crown series.

The last coin focuses on the water buffalo, as distinctive as any animal on the African plains, and though they have never been successfully domesticated in great numbers, some have been used for purposes of domestic land cultivation by small farmers. Their very unusual curled horns are very effectively used to fight off predators such as lions and crocodiles. Water buffaloes can be wild and unpredictable, and in terms of their ferocity, they are considered by many to be the most dangerous of the Big Five to game hunters, due to their tendency to lash out when wounded. African Cape buffaloes have very few predators aside from lions and large crocodiles, but due to their very distinctive horns, are still sought after by hunters as trophies and in some communities as a source of nutrition. The characteristic features of those horns of adult male African buffalos, both for the southern and eastern populations, is that the bases come very close together, forming a shield on top of the head referred to as a “boss.” From the base, the horns diverge downwards, and then smoothly curve upwards and outwards, and, in some cases, inwards or backwards. In 2019, the buffalo was listed as a near-threatened species with only 400,000 individuals left. 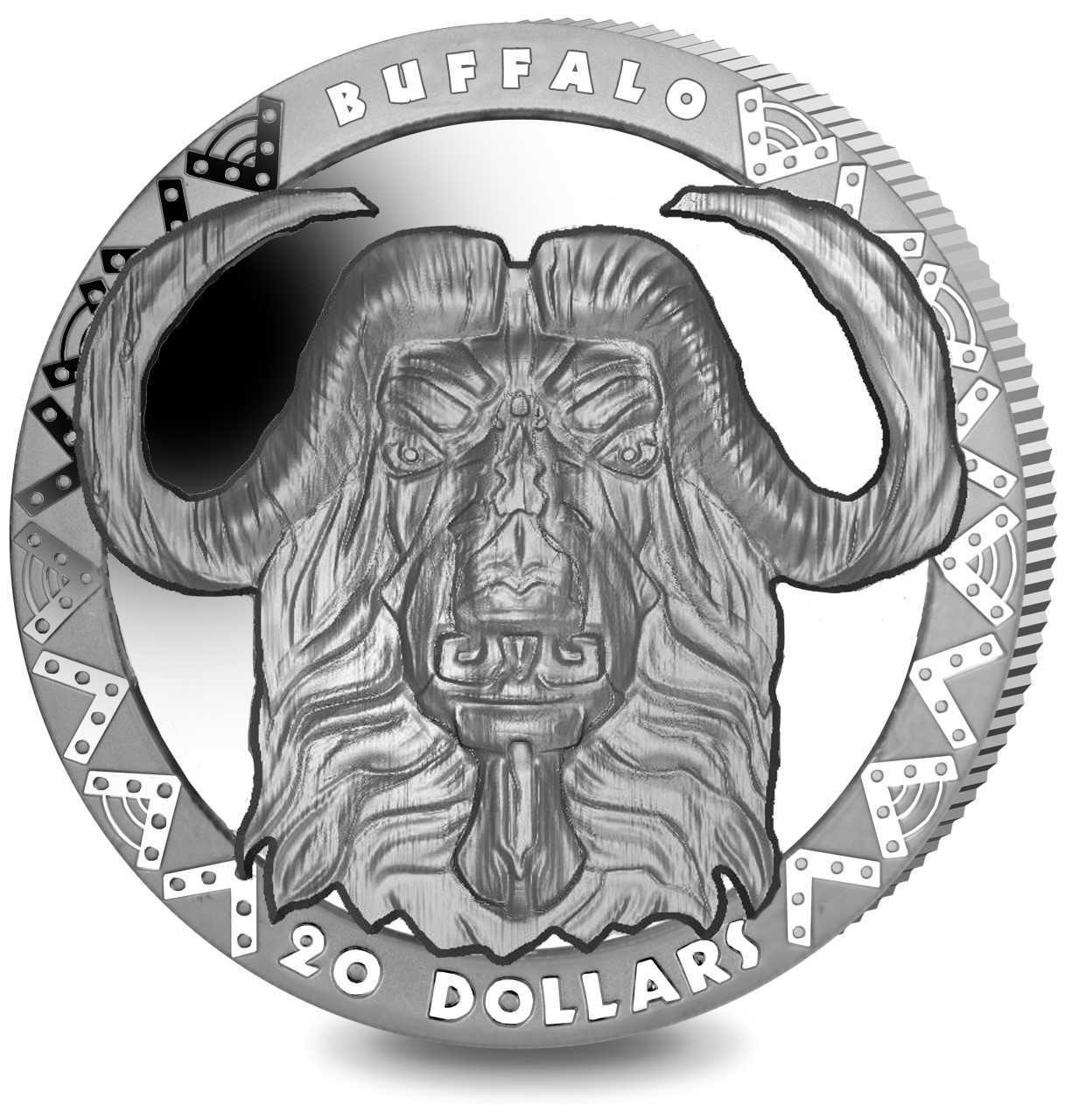 The coins are produced by the Pobjoy Mint, UK, at their facilities in Surrey, on behalf of the Bank of Sierra Leone. They are specially minted in high relief on two-ounce-weighted fine silver polished blanks. The obverse side of the coins features the front-facing head of a water buffalo styled as an African mask. The special incused rim displays an African pattern and includes the denomination of 20 DOLLARS. 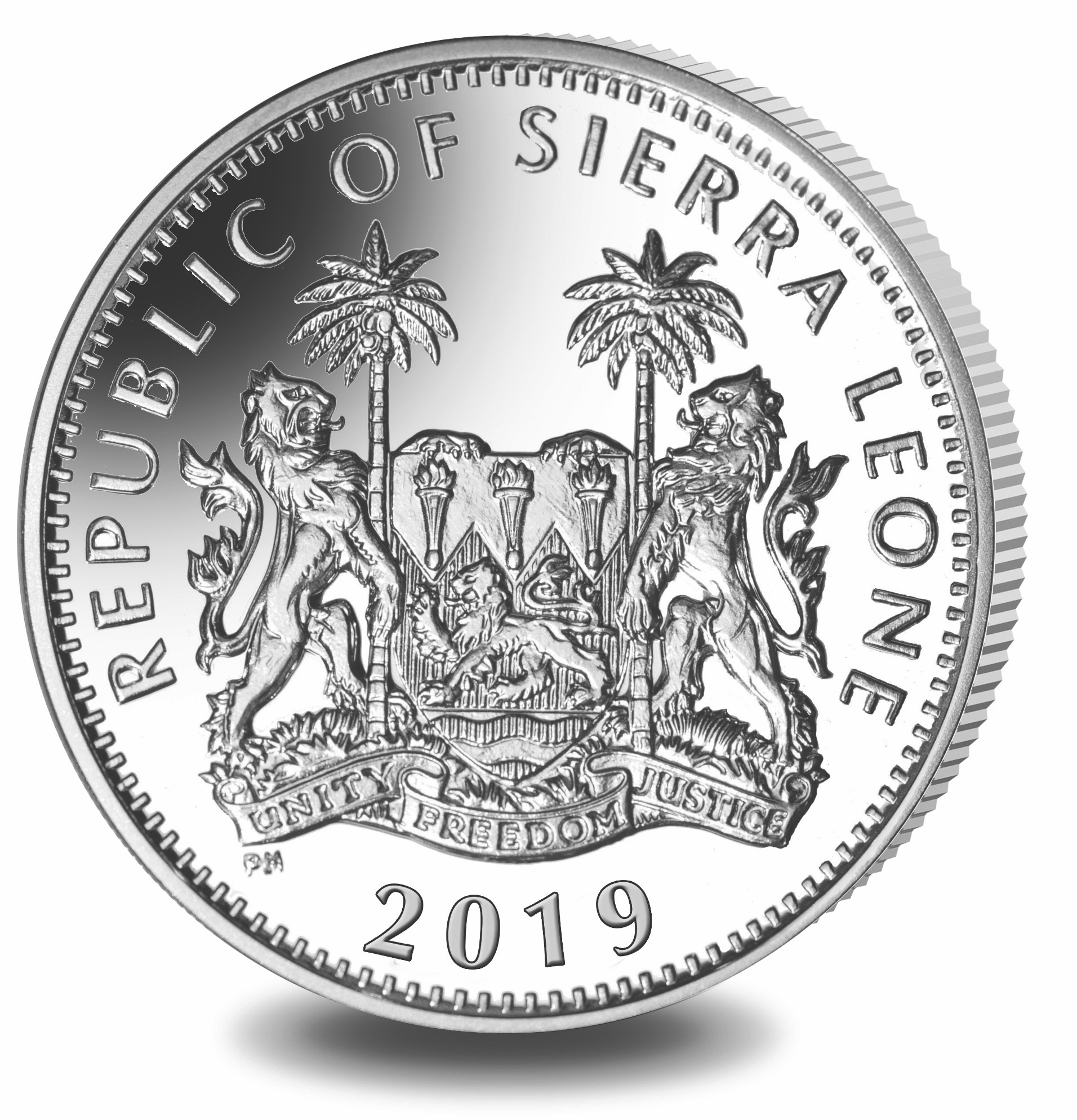 The reverse of the coin features the crest of the Republic of Sierra Leone, which is centred in the middle, with the text REPUBLIC OF SIERRA LEONE placed above the crest. The year of issue, 2019, is shown beneath the crest. 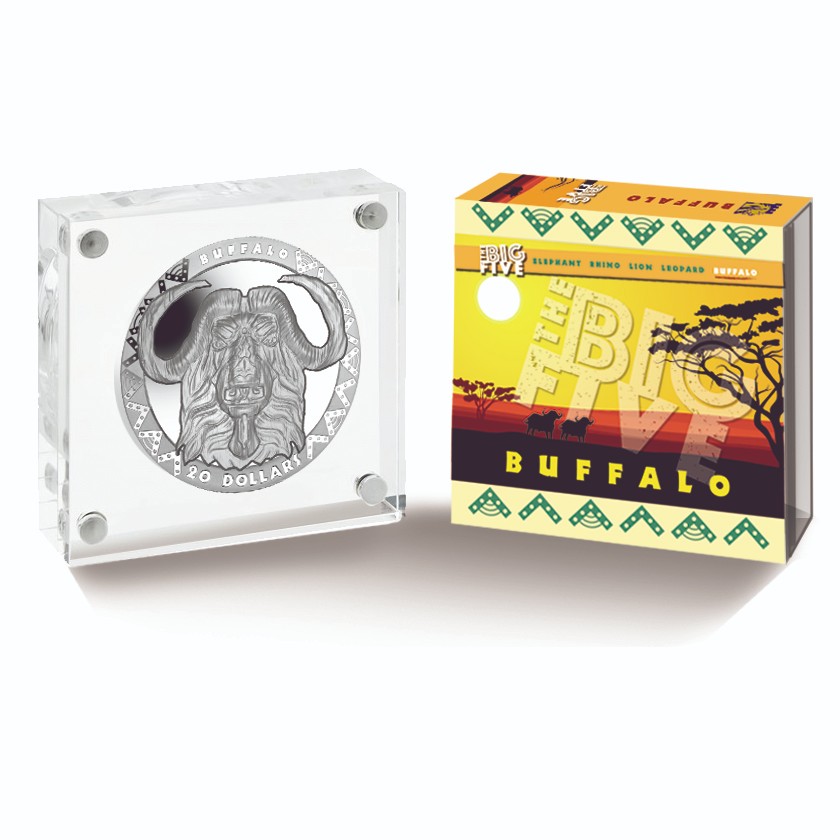 This is the fifth and final coin in the series of the “Big Five’” double-crown silver Proof pieces. Each two-ounce fine silver coin has been produced in high relief and is encased in a creative Perspex container in the shape of a square which frames the coin, allowing for easy display. The frame is packaged in an outer printed sleeve and includes the certificate of authenticity. 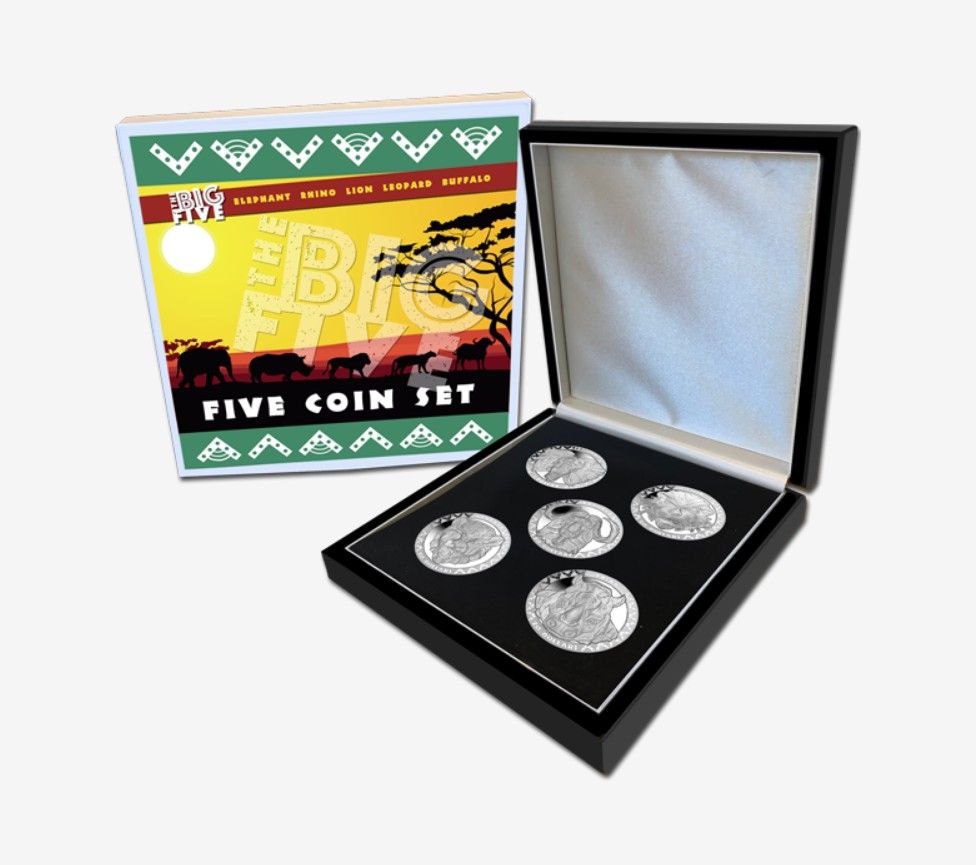 A special presentation case has been made to house the entire five-coin set and is available as a separate purchase. For additional information about this coin and others issued by the Bank of Sierra Leone, please visit the website of the Pobjoy Mint.