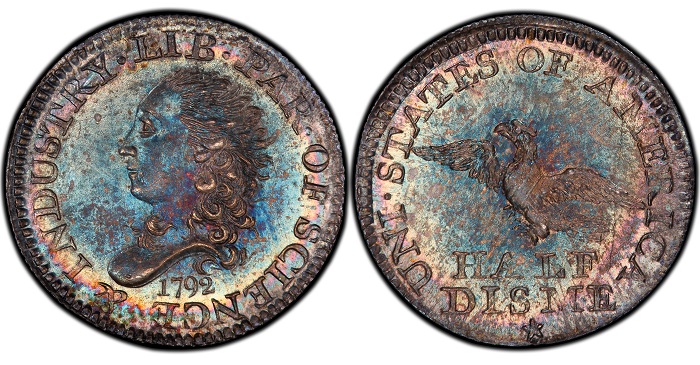 There was no June gloom at this year’s summer edition of the Long Beach Expo: Coin, Currency, Stamp & Sports Collectible Show this past week. The sun brought out collectors and enthusiasts near and far, filling the bourse floor by noon on Thursday (opening day to the public), with a line wrapping around the side of PCGS Booth #401 all the way through Saturday.

Other numismatic features on the bourse floor included coin and banknote dealers from all over the country, auction houses, and offering a large lit display, The Tyrant Collection, consisting of graded and non-graded rarities from the Tyrants of the Tiber and Vatican examples of the collection.

PCGS had a large space at the show accepting submissions and displaying the Arthur V. Epstein Collection of Washington Statehood Quarters. The complete basic set has the current highest rating in its category on the PCGS Set Registry.

The return of the Long Beach Expo PCGS Grading Competition took off on Thursday with high enthusiasm. Numismatists young and old flocked to the table to test their skills and knowledge. Jason Carter of Carter Numismatics took first place and will be donating his reward to the Magic Empire Coin Club of Tulsa.

Perhaps the most talked about coin featured in Heritage’s Premier Session on June 6, was the 1834 dime Capped Bust JR-1 graded PCGS PR-64. One of just 10 known in Proof strike, these coins were generally made by order of a Treasury official for diplomatic purposes. This example is likely from the first set of die pairs used on the circulation strike 1834 dimes. Price realized: $22,800.

The top five auctioned coins of Ira and Larry Goldberg’s Pre-Long Beach Auction were also in PCGS holders, these included:

Thank you to all who attended the event. We look forward to greeting all old and new faces to each PCGS-attended event. Stay tuned for what is to come at the next Long Beach Expo on September 5-7, 2019. See the full 2019 Show Schedule.