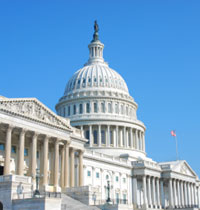 On August 6, 2010, President Barack Obama signed a bill into law, which will require the production of medals in commemoration of the 10th anniversary of the September 11, 2001 terrorist attacks and the establishment of the National September 11 Memorial & Museum at the World Trade Center. The medals would be issued starting in 2011, in a quantity of up to 2 million.

The medals will carry a design “emblematic of the courage, sacrifice, and strength of those individuals who perished in the terrorist attacks of September 11, 2001, the bravery of those who risked their lives to save others that day, and the endurance, resilience, and hope of those who survived.”

Required inscriptions include the dual date “2011-2011” and the words “Always Remember”.

Each medal will contain one ounce of silver. The sales price of the medals will include a $10 surcharge payable to the National September 11 Memorial & Museum at the World Trade Center to support the operations and maintenance. The medals may be made available for sale starting on January 1, 2011.