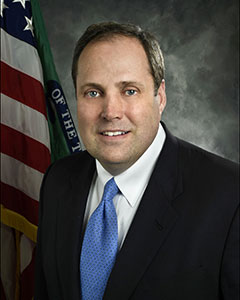 On Tuesday, March 15, the United States Senate Committee on Banking, Housing, and Urban Affairs will hold a hearing regarding the nomination of Matthew Rhett Jeppson for the position of Director of the U.S. Mint.

Rhett Jeppson joined the U.S. Mint as Principal Deputy Director in January of 2015, following an appointment as Acting Chief Operating Officer of the Small Business Administration. In July, President Obama declared his intention to nominate Jeppson as Director of the Mint, a position that has not been officially filled since the previous Director, Edmund C. Moy, vacated the post in 2011.

U.S. Mint Directors are appointed to five-year terms. In addition to Jeppson’s nomination, Lisa M. Fairfax and Hester Maria Peirce will be considered by the committee for appointments to the Securities and Exchange Commission. The hearing will take place at 10 a.m. ET in Room 538 of the Dirksen Senate Office Building in Washington, D.C.

Mr. Jeppson joined the U.S. Marines in 1987 and continues to serve as a Lieutenant Colonel in the Marine Corps Reserve.