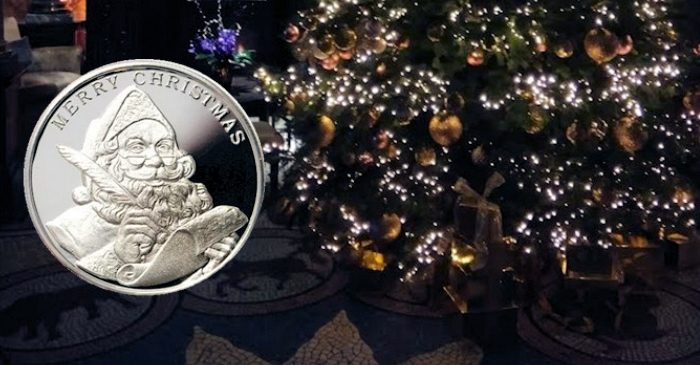 Here we all are everyone, we’ve made it once again to another Christmas and New Year celebration — hopefully all in one piece and no worse for the wear!

As 2019 comes to a close, a lot of us will remember the year fondly through the many interesting coins, and, in some cases, commemorative banknotes issued. 2019 was the centenary year of the formal end of the First World War and the peace treaty which solidified this. Australia is one country which comes to mind commemorating this anniversary with a beautiful silver coin. Romania, a country in Europe which benefited the most in terms of gained territory, also remembered the anniversary with several coins in salute to their Great Union.

Some Coins that Attracted Collectors in 2019

Switzerland issued their first-ever silver Proof coin with colour, remembering the centenary anniversary of their well-known Circus Knie with the coin selling out in one day. France’s Monnaie de Paris surprised many with a wall-shaped collector coin marking the 30th anniversary of the Berlin Wall finally coming down. The small Principality of Liechtenstein celebrated 300 years as an independent entity with the issue of a high-relief silver coin depicting the first prince of their micro-nation. The United Kingdom celebrated an anniversary that was dedicated to coins in general — as the iconic 50-pence marked 50 years since its issue, a series of 10 memorable reverse designs was re-issued in two sets during 2019. Of course, there was one particular 50-pence commemorative coin which never saw the light of day, that being the elusive “Brexit” coin, whose issue was twice delayed owing to the fact the United Kingdom has not yet left the European Union. It has been reported that the entire mintage of one million pieces, slated for release on the 31st October, was melted down and destroyed. Will we at some stage see one or two included in an online or overseas auction? Time will tell!

Dutch King Willem Alexander struck his own “Aviation” gold coin which marked the Netherlands’ own national airlines centenary birthday. An avid and licensed commercial pilot, he took part in the ceremony in Amsterdam, striking a gold 10-euro example which was then presented to him by the CEO of the mint. An ever-present part of Italian pop-culture and lifestyle, the familiar Vespa was also remembered on a silver coin with a variety of colours being used to illustrate the small motorised scooter which turned 70. This coin also proved to be a firm favourite with collectors.

Australia finally said goodbye to the effigy created by Ian Rank-Broadley, which had been seen on circulation and many commemorative coins since 1998. A special collector’s set was issued for this change-over.

Of course, there was one especially important anniversary, the 50th anniversary of the moment when the United States landed two of their astronauts on the Moon and safely returned the crew of three back to Earth. The 20th July 1969 was truly a day, which, if you were alive at the time, you were being mesmerised by the images being shown on live television. Many countries around the world, some who highlighted their own contribution to that moment in world history, issued a collector’s coin. Many stood out in terms of their design, but none more so than that of the American example, depicting Man’s footprint on the Moon’s surface struck with a concave shape.

Japan marked a moment in their history, when, in 2019, their beloved Emperor Akihito, on the throne since January 1989, decided to abdicate in favour of his eldest son. An abdication had not taken place for more than 200 years, so this event was of great importance to the nation and the imperial family. Commemorative coins celebrating the 30th anniversary of the emperor’s reign, shortly thereafter, succession coins were announced. The new Emperor Naruhito was officially enthroned in October. In 2020, the Japanese nation and people will host the XXXII Olympiad in the summer, and very attractive Olympic commemoratives have already been issued to mark the event. There will likely be others to remember the worldwide sporting event, which will be announced later in 2020.

These coins mentioned are but just a handful of the more than 250 foreign coin articles and interviews included here over the year. It has been my utmost pleasure to share these stories with our readers here at Coin Update and World Mint News Blog during 2019. I’m also very grateful to many of you who have left very encouraging and insightful comments. We will endeavour to publish the latest and most exciting news regarding our much-loved hobby, activity, business, and industry which continues to amaze and fascinate many of us. I believe 2020 will prove no less interesting than 2019 did and as I often say in my own articles and comments: Watch this space. I continue to extend my gratitude to Coin Update and World Mint News Blog’s parent company Whitman Publishing for their exceptional commitment to numismatics and the invaluable reference material available from the company.

On behalf of myself and everyone at Coin Update and World Mint News Blog, we wish every one of our valued readers and supporters a very Merry Christmas and prosperous 2020, and we’ll see you all next year!