How important is it to obtain a new coin in hand on the first day of release rather than waiting a few days to receive it by mail?

There were reports of hundreds of people lining up at the four retail locations where the United States Mint offered the new 2014 50th Anniversary Kennedy Half Dollar Gold Proof Coins starting on August 5, 2014 at 12:00 Noon ET. The coins are struck in 3/4 of a troy ounce of gold and carry the original portrait design by Gilroy Roberts with the dual date of “1964-2014” to celebrate the 50th anniversary of the series. Initially priced at $1,240 each, the coins were limited to one per person at retail locations. 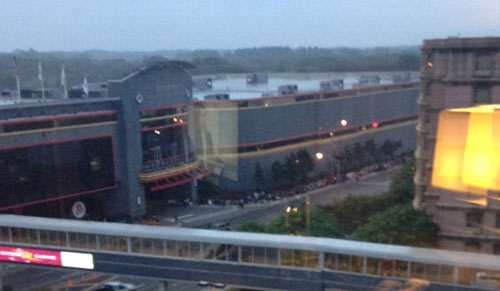 Line for Kennedy Gold Coins at 5:30 AM in Rosemont, Illinois

Ahead of the launch, the Mint had indicated their plans to offer 2,500 of the coins at the Chicago World’s Fair of Money held in Rosemont, Illinois from August 5-9, 2014, with 500 coins made available each day. The three remaining retail locations which included the gift shops at the Philadelphia and Denver Mints and the sales desk at Mint headquarters in Washington DC would have an initial quantity of 500 coins available and an additional 100 units per day for the first three days after product launch.

Besides the limited distribution at retail locations, orders were also accepted on the United States Mint’s website and by phone with a higher limit of five coins per household. An initial quantity of 40,000 coins was produced and available for sale across all channels. The Mint indicated that their production schedule for additional coins would be adjusted after evaluating sales activity during the first week. 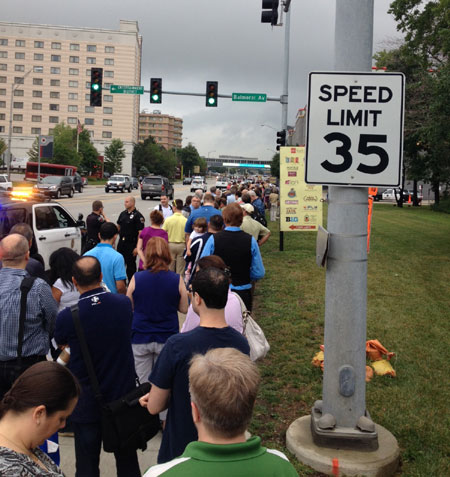 Long lines were reported hours ahead of the official start of sales on August 5, 2014 at 12:00 Noon ET, with some people having spent the night waiting in line. The line at the ANA convention had reached approximately 1,100 people by police estimates.

Anticipating high demand the ANA had announced special public safety procedures for those seeking to purchase the coins. The United States Mint had reduced the initially announced limit of two coins per person at retail locations to just one coin per person.

Some of those waiting in line received rewards that were more than numismatic. It has been reported that the first four Gold Kennedy Half Dollars purchased at the convention were sold for $20,000 plus four replacement coins from further down the line. Others waiting in line were paid a bounty by dealers to purchase the coins. 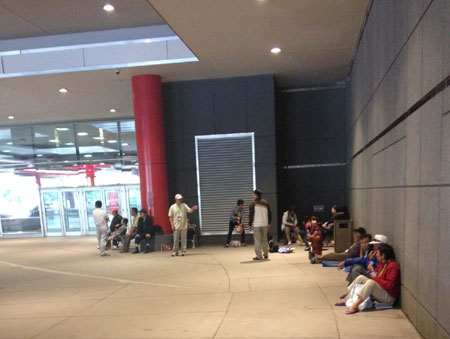 The line for the next day’s allocation already starting to form at 4:30 PM

In the late afternoon of the first day of the convention, people had already started to form a line for the next day’s sales. 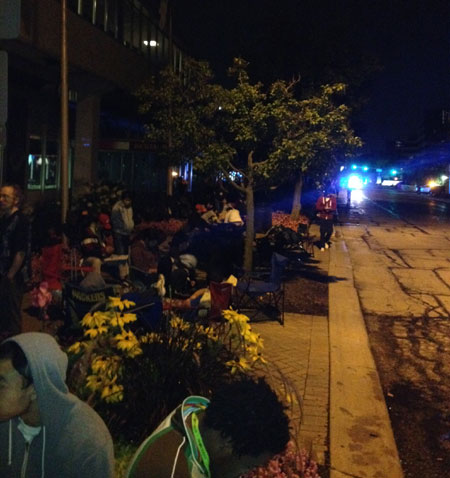 The line had grown to several hundred people by 3:00 AM.