Numismatic Guaranty Corporation, one of the hobby’s premier holdering companies, has announced a label buyback program meant to improve the accuracy of its census reports, which we applaud, in as much as cracked out crossover and details labels abound in the coin world and, alas, are routinely discarded. The NGC program not only will improve its census over time, but also may drive more business to the Sarasota company in as much as a 50-cent per label discount will be credited to the account of any authorized NGC dealer or Collector Society member. 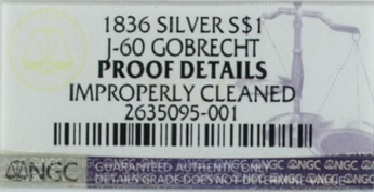 Many NGC dealers and Society members also submit to PCGS, ANACS, ICG and other holdering companies. This will give them added incentive to submit to NGC at discount, especially since the buyback program applies to all US, World and Ancient coins, including details labels noting flaws, alterations, damage, cleaning or other problems.

The buyback announcement was posted on the NGC website earlier this week, noting that many collectors and dealers routinely remove labels from NGC holders but do not return them to the company for certification records to be deleted and adjusted accordingly. (How many viewers reading this knew that this was the norm?) In any case, the posting stated, “a coin that has been removed from its NGC holder may still appear in the online NGC Census population report, which shows the populations of NGC-graded coins divided by coin type and grade.”

The NGC Census is available for free on the site. The PCGS Population Report also is a handy online tool. 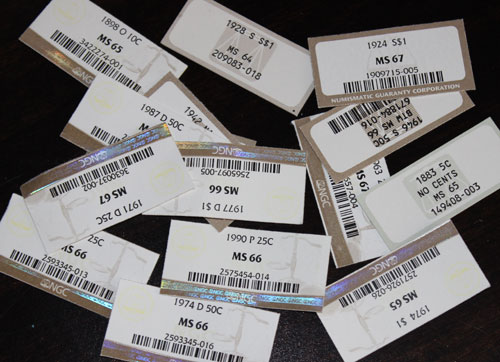 Dealers, numismatists and hobbyists realize that numbers in the census and population reports are inflated because coins are routinely cracked out of holders for resubmission. Some are sent multiple times to a company or several in pursuit of a higher grade. But many are cracked out for more mundane reasons, such as disagreement with a details label and resubmission to the same or another holdering company or sent in as raw to an auction site (with or without the flaw noted on the flip).

The buyback program comes at a time when PCGS is offering for a limited time “a Crossover Grading Special,” charging authorized dealers and Collector’s Club members $10 if coins do not cross over to the PCGS label (and applying regular fees if they do).  There is no special form to fill out for the special; the discount is deducted automatically.

Hypothetically, NGC coins are sent in for crossover to PCGS because (a) some but not all PCGS coins bring higher values or (b) because PCGS only allows its own certifications in set registries (while NGC allows both in its registries). PCGS returns NGC labels with successful PCGS crossovers; so they, too, are eligible for NGC buyback.

For the past 12 months, PCGS reports, 38,058 coins in other holdering company labels were sent to the Newport Beach company, with 19,356 crossing over, for a 50% success rate, according to latest statistics.

The latest $10 PCGS crossover special is reminiscent of NGC’s 2012 $5 crossover special for US and world coins. That NGC special only applied to PCGS holdered coins. According to the news release at the time, the catalyst for the NGC crossover special concerned unhappy submitters who had to pay standard fees even though their coins were returned in original holders, failing to meet NGC standards. This was cited as the reason the company modified its crossover policy in 2011 to consider only PCGS-holdered coins rather than ones from other companies, which PCGS still does.

Nonetheless, the NGC buyback policy is a good thing for numismatics, provided that the company continues to publicize its program to maintain a steady stream of returned labels. Mark Salzberg, NGC Chairman, noted the importance of the program “to improve the accuracy of the NGC Census” as “part of NGC’s commitment to provide the best, most informative resources to collectors and dealers.”