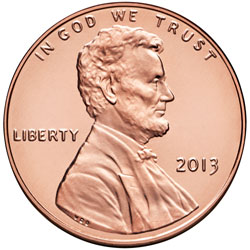 On September 19, 2013, Representatives Patrick E. Murphy (D-FL) and Mike Coffman (R-CO) introduced a bill which would take steps to reduce the deficit of the Federal Government. Among other measures, the bill includes a provision which would prohibit the non-cost effective minting and printing of coins and currency. Based on the most recent cost figures, the United States Mint would be prohibited from producing the cent and nickel.

The Savings, Accountability, Value, and Efficiency II (SAVE II) Act (H.R. 3146) follows the introduction earlier this year of the SAVE Act (H.R. 1999). The earlier bill sought to save $200 billion in wasteful spending over 10 years. The latest bill has supposedly identified another $26 billion of savings which can be achieved by eliminating duplication and increasing efficiency.

In a press release, Rep Murphy said, “This bill keeps momentum going from the first SAVE Act, which would cut $200 billion, by finding even more ways to reduce spending and improve government efficiency. While tough fiscal decisions still need to be made, these measures represent a non-controversial approach to cutting billions from the deficit without hurting the economy or important national investments.”

The SAVE II Act would achieve savings through the following measures:

The SAVE II Act would accomplish the prohibition of non-cost effective production of coins and currency by amending certain sections of the United States Code.

With respect to coins, Section 5111 of title 31, United States Code would be amended by adding at the end the following:

With respect to currency, Section 5114(a) of title 31, United States Code would be amended by adding at the end the following:

(4) PROHIBITION ON CERTAIN PRINTING- Notwithstanding any other provision of this subchapter, the Secretary may not engrave or print any United States currency that costs more to produce than the denomination of the currency (including labor, materials, dies, use of machinery, overhead expenses, marketing, and shipping).

Based on the most recent figures, the Bureau of Engraving and Printing would not be prohibited from producing any of the Federal Reserve Notes currently issued. The lowest value $1 and $2 notes cost 5.4 cents per note to produce, which remains far below their face value. 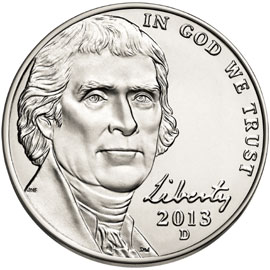 The United States Mint currently produces two denominations which cost more than their respective face values to manufacture and distribute. The most recent figures indicate unit costs of 2.00 cents for each cent and 10.09 cents for each nickel. If the SAVE II Act becomes law, the Mint would be prohibited from producing these denominations unless the costs could be reduced below their respective face values.

Both the cent and nickel have cost more than their respective face values to produce since 2006. In the most recent fiscal year, the production and distribution of the two denominations generated a loss of $109.2 million. Since 2006, the cumulative losses for the denominations have reached $469 million.

Despite the losses generated by the two lowest denominations, on an overall basis the Mint’s circulating coin manufacturing has continued to generate positive seigniorage. In the most recent fiscal year, across all denominations the total value of coins shipped to the Federal Reserve was $493.3 million which cost $387.4 million to produce, resulting in seigniorage of $105.9 million.

Under the Coin Modernization, Oversight, and Continuity Act of 2010, the Treasury Department has been conducting research and development activities with regards to circulating coin production and potential alternative metallic compositions. This Act has been viewed as an initial step towards addressing the production costs of circulating coinage. The first required biennial report concluded that additional work needed to be performed before any recommendations could be made with regards to possible new metallic materials or other changes to coin production.

Even if composition changes were implemented, the cost difference may not be sufficient to reduce the cost of production for the cent and nickel below their face values. The Deputy Director of the United States Mint has remarked that even if the metal cost of the cent was zero, the denomination would still cost more than its face value to produce due to overhead and manufacturing costs. Information included in the biennial metals report suggested further development of copper based alloys for the composition of the nickel, however despite some modest cost savings, it was stated that the alloys would not bring costs to parity with face value.

The SAVE II Act currently has four cosponsors and been referred to the Committee on Ways and Means, in addition to the Committees on Armed Services, Foreign Affairs, the Judiciary, Financial Services, House Administration, and Rules. In order to become law, it must be passed by House of Representatives, the Senate, and signed by the President.