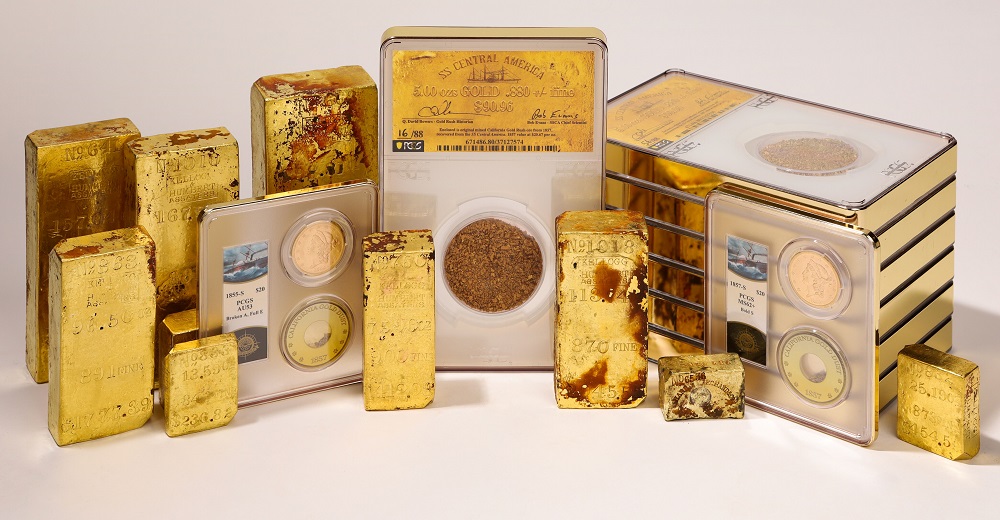 The 5.5 by 9 inches grand format holder housing five ounces of California Gold Rush sunken treasure gold dust from the S.S. Central America is larger than some ingots also recovered from the legendary ship. (Photo courtesy of PCGS). Hover to zoom.

This press release has been updated from its original version.

August 29, 2019 — Historic sunken gold treasure, initially discovered by 49ers during the heydays of the California Gold Rush and untouched in the miners’ goldfield packets for more than 160 years, is now available in grand format PCGS-certified holders each containing five ounces of the precious metal. All of the gold dust was recovered from the fabled “Ship of Gold,” the S.S. Central America, that sank in 1857. 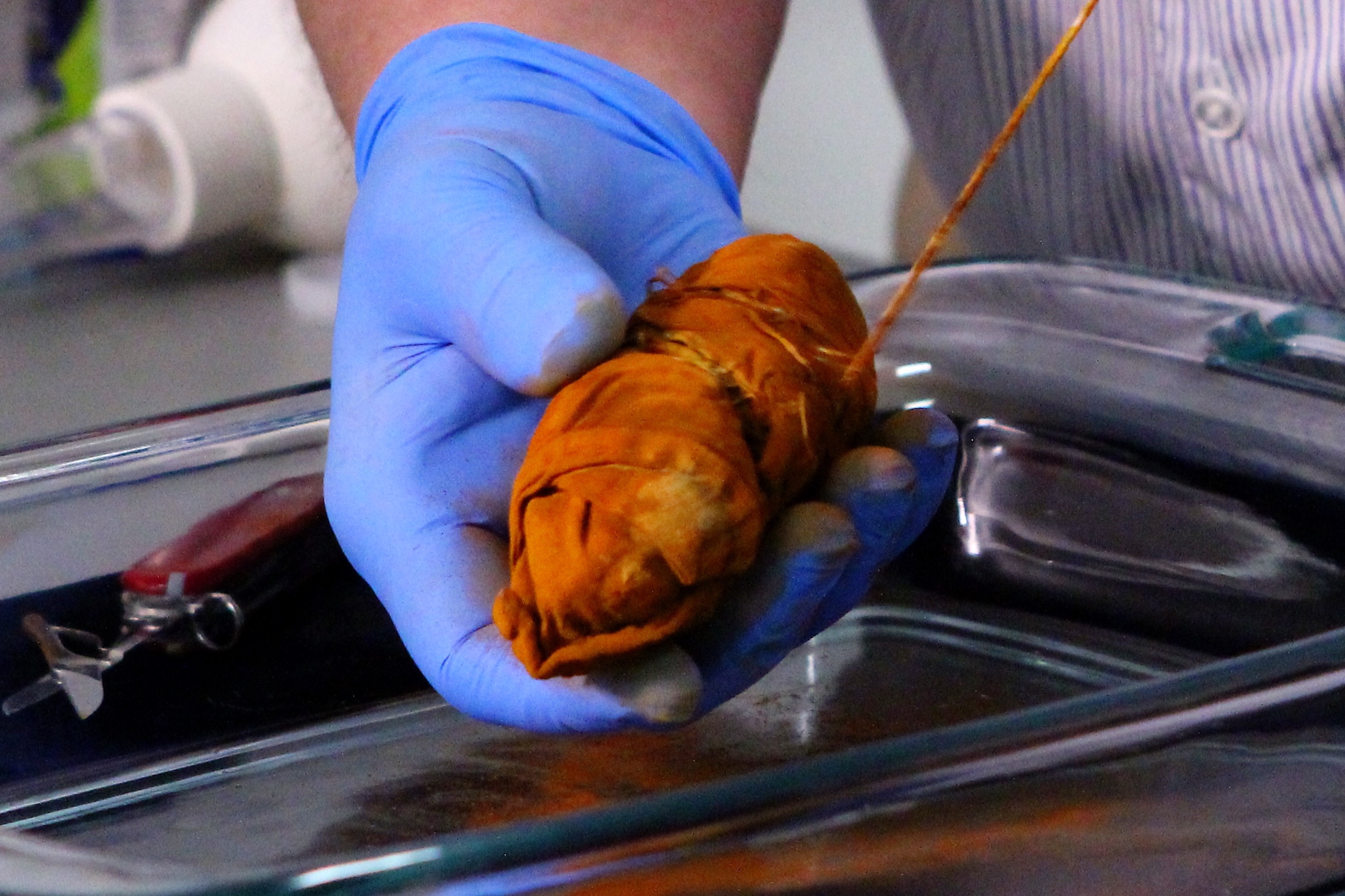 Only 88 hand-numbered five-ounce holders have been produced, and each insert label in the 5.5 by 9 inch special holder has been personally signed by the esteemed Q. David Bowers, author of two books about the Gold Rush and the S.S. Central America, and by Bob Evans, the chief scientist on all of the successful Ship of Gold sunken treasure recovery missions in 2014 and the late 1980s.

“This gold dust represents the true sweat and blood of the pioneers who dug for gold ore in California and carefully extracted the gold flakes and dust from the dirt, sand, and gravel of river beds. Now encapsulated in 2019 in elegant, custom holders, the unbroken chain of custody since 1857 ensures the legacy of this S.S. Central America treasure pedigree will last forever,” stated Dwight Manley, managing partner of the California Gold Marketing Group. The group acquired all of the recovered sunken treasure from the last expedition to the ship in 2014.

“The gold dust represents the first part of the amazing journey because the California Gold Rush began in the streams where prospectors camped at night in tents and during the day searched for nuggets and gold dust. After hauling their discoveries to San Francisco on horseback or horse-drawn wagons, assayers and private minters then turned their bounty into coins or ingots. This recovered gold dust, though, was still sealed in the miners’ original pokes, the satchels, and pouches made of buckskin, canvas or leather, and remained untouched for a century and a half,” explained Manley.

“Each five ounces of gold dust in these holders would equal five $20 denomination double eagle gold coins or 10 $10 Eagles,” he explained. 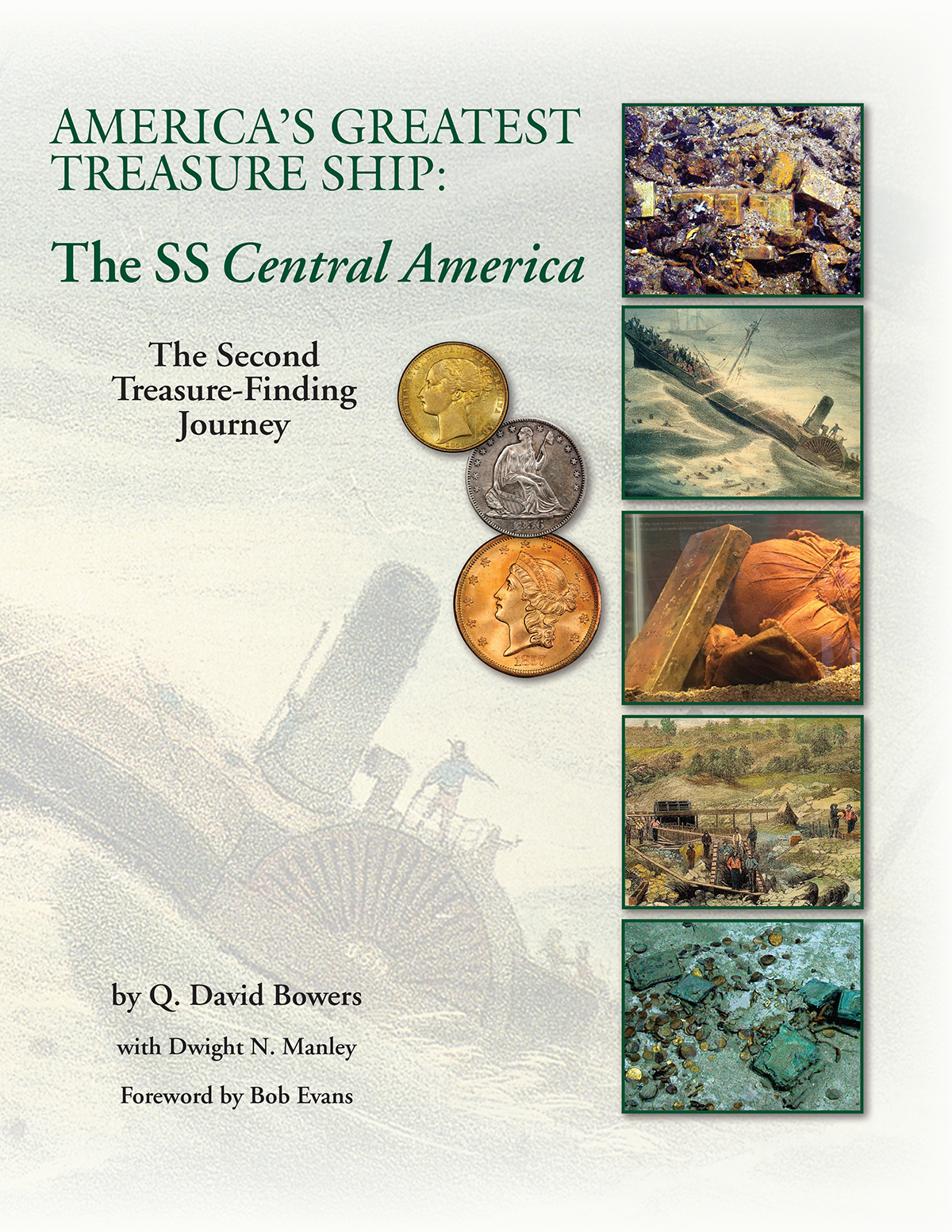 Gold dust was an essential part of daily commerce during the early years of the California Gold Rush. As Bowers describes in his latest book co-written with Manley, America’s Greatest Treasure Ship: the S.S. Central America — the Second Treasure-Finding Journey, there were not enough coins in circulation to meet the needs of the tens of thousands of new fortune seekers coming to San Francisco.

“Trade was conducted in gold dust, sometimes by the ‘pinch.’ Although absolutely pure gold was worth $20.67 at the distant Mint in Philadelphia, gold taken from the stream beds and hills of California contained silver as a natural ‘impurity’ and other substances and was never completely pure. Gold of fairly good quality traded in commerce in San Francisco at $16 an ounce, conveniently equal to the trading value of the familiar Spanish gold doubloon,” Bowers wrote. 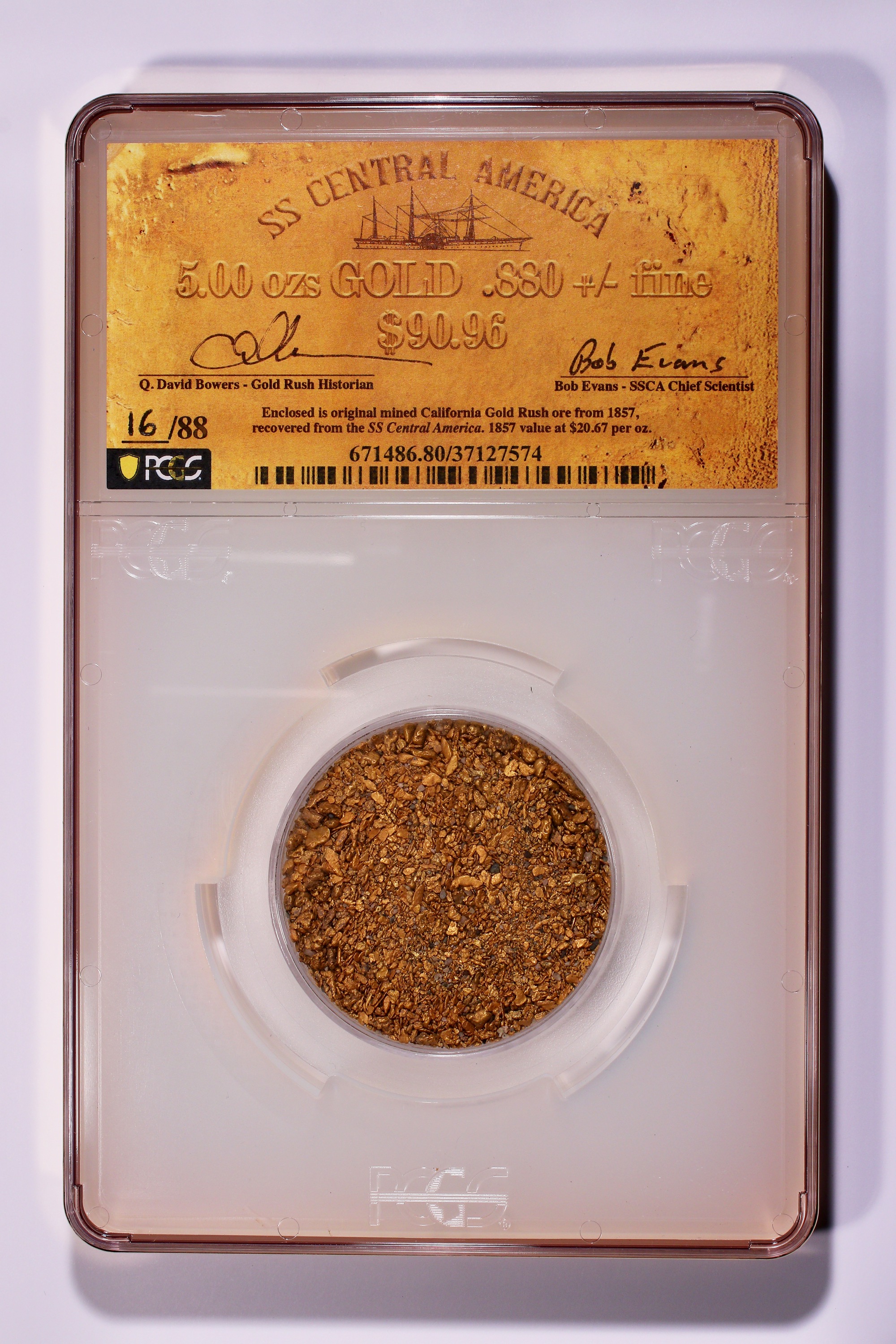 The miners’ pokes containing the now encapsulated gold dust were found inside the S.S. Central America purser’s safe that was recovered from the ocean floor during the last expedition to the legendary ship.

A 280-foot long, three-masted side-wheel steamship, the S.S. Central America was carrying tons of California gold that had been shipped from San Francisco to Panama when she sank more than 7,000 feet below the surface of the Atlantic Ocean off the North Carolina coast. The legendary ship went down in a September 1857 hurricane during a voyage from Aspinwall (now Colón), Panama, to New York City.