The Royal Mint recently unveiled plans for it’s first-ever Visitor Centre which is scheduled for completion this time next year. For the first time in the Mint’s 1,000 year history, Britain’s oldest manufacturing organization, and the world’s leading export mint, will officially open its doors to the general public, allowing them to get behind the scenes and see for themselves the people and processes that put the pounds and pennies in their pockets. 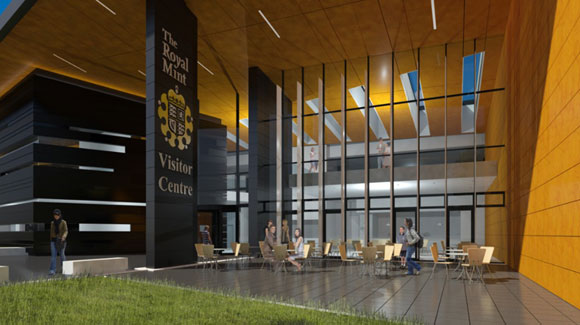 As the Royal Mint is a highly secure, Ministry of Defence-protected site which is not usually open to the public, exceptions are made for very special occasions and tours are by invitation only. As part of the new facilities, visitors will also have the opportunity to take a tour of The Royal Mint to see exactly how the coins they use every day are designed and made. As part of the proposed tours, visitors will have the opportunity to strike their own coin as an everlasting memento of their visit. Construction of the purpose built visitor centre at The Royal Mint’s home in Llantrisant in South Wales will begin this spring, subject to planning permission, and is expected to be completed during 2015. The new visitor centre has been made possible after The Royal Mint secured a grant of £2.3million from The Welsh Government to carry out the work, contributing to the total £7.7million costs of the project.

As well as gaining first-hand knowledge of the journey which coins and medals make from start to finish, visitors will also be able to enjoy a range of static and engaging, interactive experiences that  will bring to life The Royal Mint’s rich heritage and reveal many rare and unusual coins and medals from the across the world. This will not just be of interest to UK visitors; The Royal Mint currently makes coins and medals for approximately 60 countries worldwide, so visitors from around the world will be able to see where their coins are created. 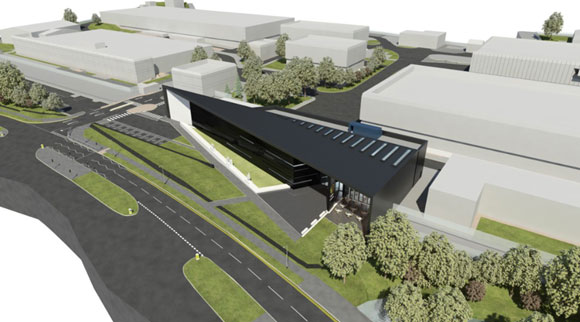 The new addition to the current Mint facilities with its unique contemporary design, and proposed interactive displays will ensure an amazing visitor experience welcoming up to an anticipated 200,000 UK and overseas visitors each year. The Royal Mint re-located to South Wales in 1968 from its previous headquarters at Tower Hill, London in time for the production of the UK’s new decimal coinage which went into circulation in February 1971.