The Royal Mint’s latest 2016 Beatrix Potter cupro-nickel coins feature her characters Jemima Puddle-Duck and Mrs. Tiggy-Winkle, and are each available for £10.00. These are the second and third coins in this series, following the Peter Rabbit issue released earlier this year. A fourth coin will bear the image of another Potter character, Squirrel Nutkin, and will debut at the end of August. Emma Noble designed all of the reverses in this series, while the obverse image is the work of Jody Clark. 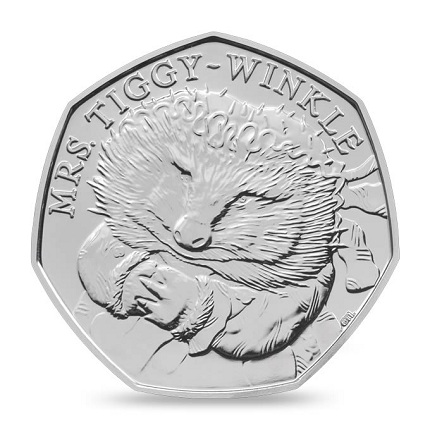 The newest coin features an image of Mrs. Tiggy-Winkle, a hedgehog washerwoman, inspired by the original illustrations in Potter’s classic children’s books. Inscribed along the rim of the coin is MRS. TIGGY-WINKLE. The coin measures 27.3 mm in diameter and features a Brilliant Uncirculated finish. 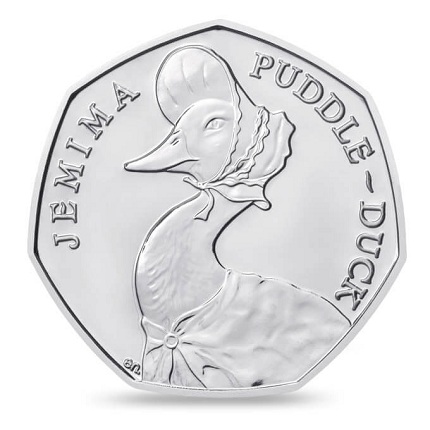 The Jemima Puddle-Duck coin was the second coin issued and features an image of the character based on Potter’s illustrations. Inscribed along the rim of the issue is JEMIMA PUDDLE-DUCK. 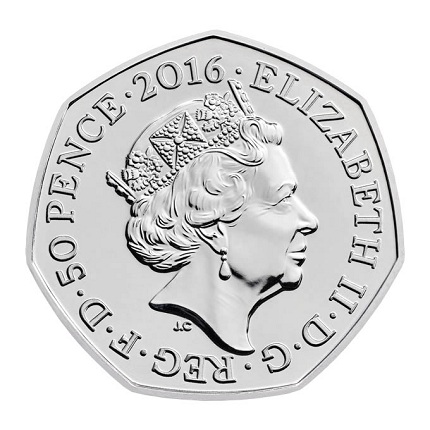 The obverses feature an effigy of Queen Elizabeth II with the inscriptions ELIZABETH II, D.G. REG. F.D. (a Latin abbreviation for “By the Grace of God, Queen and Defender of the Faith”), 2016, and the monetary denomination of 50 PENCE placed along the rim of the coin. The Mint has not established mintage limits for the Brilliant Uncirculated coins in this series.

Beatrix Potter, born in London in 1866, was an influential children’s author, illustrator, and land conservationist. Her groundbreaking book, The Tale of Peter Rabbit, was first published in 1902; she died in 1943 at the age of 77. For more information on the 2016 Beatrix Potter cupro-nickel collector coins, please visit the Web site of the Royal Mint.