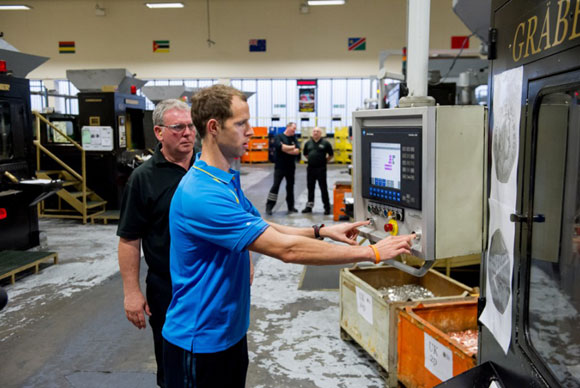 After a successful first day touring the Welsh valleys, the baton was met by Williams who was excited to be part of the celebrations. This year’s XXth Commonwealth Games will see thousands of athletes competing in 17 sports from hockey to lawn bowls across 11 days in the city of Glasgow. The Royal Mint has already commemorated this iconic sporting event by releasing a special edition Glasgow 2014 Commonwealth Games 50p piece, and today’s baton relay heralds the start of production of around 5 million of the circulating version of the coin. 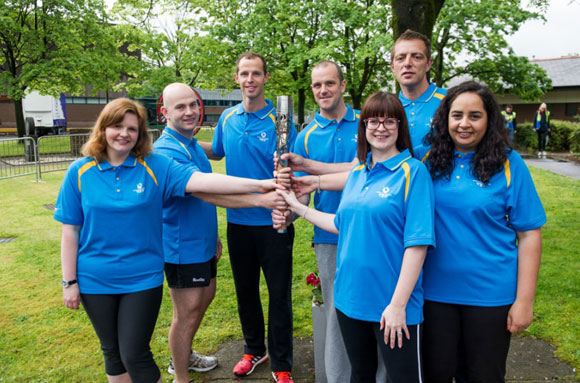 Aside from Rhys Williams, a team of baton bearers representing The Royal Mint during the relay included Product Marketing Manager, Kerry Willecome, who was part of the team who developed the commemorative coin packaging. Designers Alex Loudon and Dan Flashman took two of the most iconic sports – athletics and cycling – and added the Saltire of Scotland and lettering inspired by Charles Rennie Mackintosh to create a dynamic design for the coin. 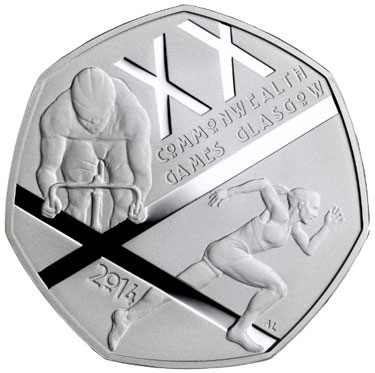 The Commonwealth Games (formerly the British Empire and Commonwealth Games) is an international, multi-sport event involving athletes from the Commonwealth of Nations. The event was first held in 1930 and has taken place every four years ever since (except 1942 and 1946 which were cancelled due to World War II). The games are described as the third largest multi-sport event in the world, after the Olympic Games and the Asian Games. Currently, there are 53 members of the Commonwealth of Nations, though a total of 70 teams participate in the Commonwealth Games as a number of British overseas territories, Crown dependencies, and island states compete under their own flag. The four Home Nations of the United Kingdom—England, Scotland, Wales, and Northern Ireland also send separate teams. This year’s event kicks off on the 23rd July and concludes on the 3rd August.

For more information or to purchase this exceptional sporting coin, please visit the website of the Royal Mint. Information offered in English – international orders dispatched.