The 2013 Coin of the Year (COTY) awards were hailed a great success with top honors going to the Royal Dutch Mint for their innovative coin struck in 2011 to celebrate the Mint in Utrecht’s 100th anniversary. Unusual about the design was that it contained a readable QR code which is able to be deciphered by an android or smart phone. The coin had made mainstream news headlines when it was launched for their innovative approach to technical and numismatic capabilities. When read, the QR code automatically directed the user to the Mint’s celebratory centennial website pages.

With the recent announcement by Queen Beatrix on the 28th January of her intention to abdicate the throne in favor of her eldest son, the Prince of Orange, Willem-Alexander on the 30th April, the Royal Dutch Mint’s plans for a new series of circulation and commemorative coins for their new Monarch was on the minds of many collectors and officials of the Mint alike. The 75 year old Queen’s announcement comes on the heels of the Dutch nation’s upcoming celebrations for the 200th anniversary of the proclamation of the Kingdom of the Netherlands declared in 1813 by Prince Willem of Orange who became the country’s first king as Willem I. The new King, born in 1967 will be the country’s first King in more than 123 years. It was also announced that the Prince of Orange will reign as King Willem-Alexander instead of the assumed or anticipated Willem IV. 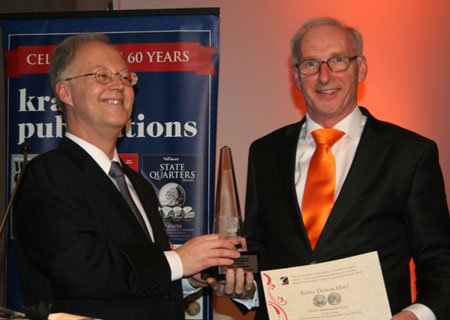 Sponsored and hosted by Krause Publications, whose “must-have” numismatic reference guides include the well-known Standard Catalog of World coins, the ceremony was held on the Saturday of the week of the World Money Fair, Berlin. The ceremony was opened by Dr. Albert Beck, the WMF’s lifetime President, now in its 42nd year and hosted by David Harper, Editor of Numismatic News. Mr. Harper presented awards to several representatives of Central Banks and national Mints including those from Latvia, Canada, the Kyrgyz Republic, Mongolia and Austria to name a few.

Notable categories this year were most historically significant coin which was awarded to the National Bank of the Kyrgyz Republic for their 10 Som silver coin highlighting the ancient Silk Road, an historical land network that connected East, South, and Western Asia with the Mediterranean and European world. Best gold coin was won this year by the Mint of South Africa for their 50 Rand coin entitled “Nature’s families” and featuring a motif of meerkats.  The most popular coin award was presented to the Bank of Mongolia for their 500 Togrog silver coin depicting the face of the Ural owl complete with crystals embedded within the eyes of the depiction. 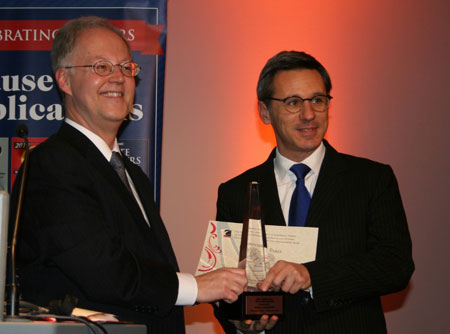 This year’s best Crown coin was awarded to the World Money’ Fair’s Guest of honor, the Monnaie de Paris for their continuing series “From Clovis to the Republic” with the winning example dedicated to the Emperor Charlemagne. The series was designed by the famed clothing designer Christian Lacroix, who has been designated as one of the Mint’s artistic directors. The award was presented to the CEO of the Monnaie de Paris, Christophe Beaux.

The category of “best silver coin” was awarded this year to the Royal Canadian Mint for their very successful “$20 for $20” depicting a lone canoeist on the reverse. Accepting the accolade on behalf of the RCM was CEO Ian Bennett.

The statue for best contemporary coin was awarded to the Mint of Austria for their on-going series of Niobium examples with this year’s winning design highlighting advancements in robotics. The Austrian Mint’s head of Marketing, Ms. Andrea Lang accepted the award on the Mint’s behalf.

Finally, the last award and special presentation of the afternoon was by the Royal Dutch Mint’s own Mintmaster, Martin Brouwer who presented a gold version of the coin of the year, to its own designer, the artist Juan José Sánchez Castaño. 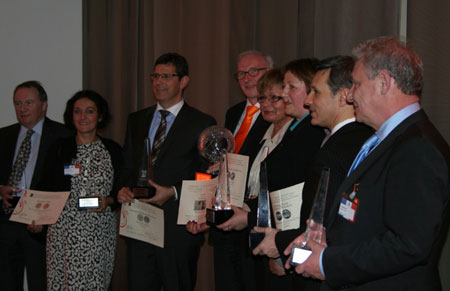 In all, eleven awards were presented culminating with a photo call for all winning recipients along with crystal trophies and certificates in hand. This year’s COTY awards celebrated a milestone 30th anniversary during the presentation – the 1984 awards were held in Washington and the first coin awarded the title of coin of the year was the 1982 half dollar from the United States marking the 250th anniversary of birth of George Washington. This coin also took the awards for the most historically significant as well as the award for coin of the year.

Congratulations to Krause publications and to these important awards of our beloved activity! The next COTY event is scheduled to be held at the 43 World Money Fair, Berlin on the 8th February 2014. 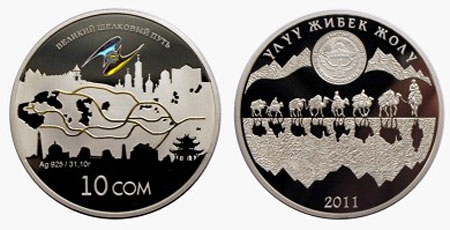 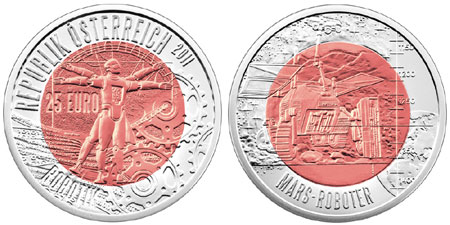 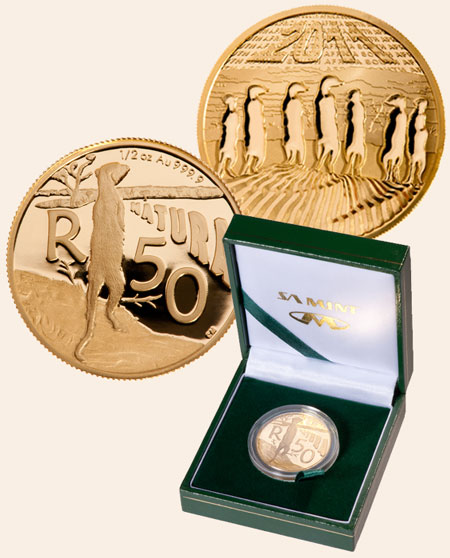 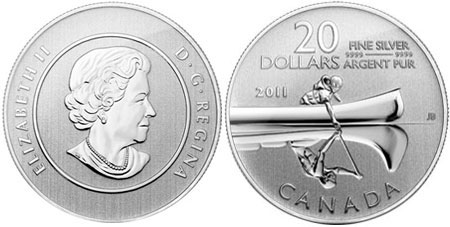 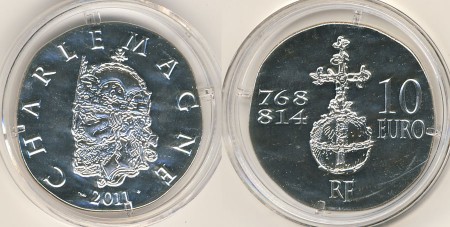 Most Innovative – Royal Dutch Mint. 5 EURO coin marking the 100th anniversary of the Mint in Utrecht – QR code merged into the reverse design 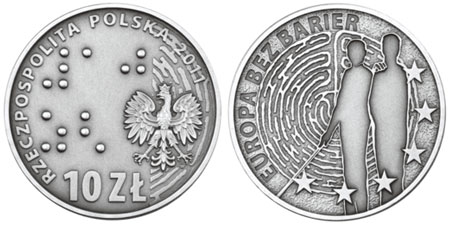 Most Inspirational – Mint of Poland. 10 Zlotych silver coin highlighting  the 100th Anniversary of the Society for the Protection of the Blind.

Coin of the Year – Royal Dutch Mint. 5 EURO coin marking the 100th anniversary of the Mint in Utrecht – QR code merged into the reverse design.