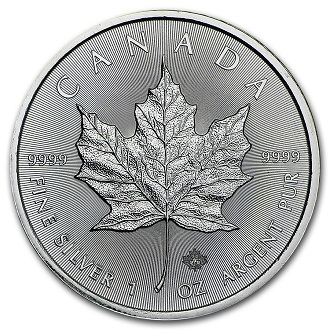 The Royal Canadian Mint has shared a report detailing its revenues for the first quarter of 2016. Of particular note are figures showing a 22% increase in bullion sales and a 100% increase in overall coin production compared with last year. You can read the complete release below.

OTTAWA, ONTARIO – May 24, 2016 – The Royal Canadian Mint is on track to achieve its financial goals for the current fiscal year after announcing consolidated revenues of $780.9 million in the 13 weeks ended April 2, 2016, and consolidated profit before taxes of $13.2 million in its 2016 First Quarter Financial Report. Strong bullion sales have increased overall revenue by 22% compared to the same quarter in 2015, while other for-profit businesses are also contributing positively to the Mint’s bottom line.

“The results of the first quarter of 2016 show that the Mint is a resilient and profitable organization, capable of seizing new opportunities while continuing to adjust to changing realities,” said Sandra L. Hanington, President and CEO of the Royal Canadian Mint. “We will continue to make strategic choices which will help the Mint grow and compete, while meeting our core responsibility to Canada and Canadians.”

The Canadian Circulation Program continued to effectively manage the coinage system in the first quarter of 2016 by ensuring no coin shortages, while celebrating Canadian history, culture and values. On International Women’s Day, March 8, 2016, five million one-dollar circulation coins, commemorating the 100th anniversary of women’s right to vote in Canada, entered circulation. As well, the production of new coins more than doubled compared to the same period last year, to 138.4 million pieces, as the Mint rebuilt inventories in anticipation of higher demand later this year.

Five new foreign circulation orders received in Q1 2016, totaling over 1.1 billion coins and blanks, are keeping the Circulation Products and Services business on pace to meet revenue targets for the year, even though the conclusion of several large contracts lowered Q1 2016 revenues compared to the same period in 2015. As expected, a significant reduction in nickel prices compared to the first quarter of 2015 and a decline in volumes have also impacted Alloy Recovery Program results for the first three months of 2016.

Overall strong demand for bullion products, including record sales of Silver Maple Leaf bullion coins, has significantly increased revenues in the first quarter of 2016, which are up by more than 27% compared to volumes sold during the same 2015 period. The number of ounces of gold and silver bullion coins sold are both up nearly 20% compared to last year’s opening quarter. With the European launch of its Bullion DNA Anti-counterfeiting technology, the Mint is also continuing to demonstrate leadership in the field of coin security.

Sales of numismatic gold products increased by 73% in the first quarter of 2016, with more than $14.3 million in revenue generated compared to $8.2 million at this time last year, while numismatic silver sales are down slightly, to $31 million, compared to $32.8 million in Q1 2015. The Mint sold out 14 products in Q1 2016, compared to 13 in the same 2015 period, as it continued to offer customers an engaging mix of quality craftsmanship and innovation, demonstrated by the Mint’s first-ever concave coin celebrating the 140th anniversary of the Library of Parliament and its first egg-shaped “Pysanka” coin commemorating the 125th anniversary of Ukrainian settlement in Canada.

A first quarter adjustment of $8.7 million was recognized to account for recent returns of face value coins, causing overall Numismatics revenues to decline nearly 8% in Q1 2016, compared to the same 2015 period. Management is taking steps to mitigate sales returns in the future.

The Mint also declared and paid a higher than expected dividend of $31 million to the Government of Canada due to the Mint’s strong financial performance in 2015.