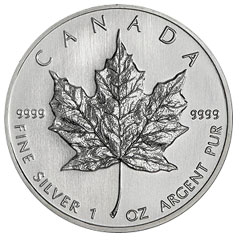 The Royal Canadian Mint recently released their financial results for the first quarter. During the 13 weeks ending March 31, 2012, revenue fell by 18% to 542.7 million, although profit after taxes remained flat at $6.5 million.

The decline in revenue was driven by weaker demand for bullion products. Revenue from the bullion and refinery segment fell to $457.4 million compared to $602.2 million in the year ago period, representing a decline of 24%.

The numismatic segment showed strong performance during the quarter with revenues more than doubling t0 $44.3 million. There were 45 new products introduced during the quarter compared to 23 in the same period of the prior year. Highlights included a one kilogram coin for the Year of the Dragon, the third “$20 for $20” silver coin, and commemoratives issued for the centennial of the sinking of the Titanic. There were eight sell outs achieved during the quarter.

During the quarter, the Government of Canada announced that the cent would be eliminated from Canada’s coinage system. The cost to produce each cent had risen to 1.6 cents  due to the rising cost of labor, metal, and other manufacturing costs. All other circulating denominations remained below their respective face values to produce. During 2011, the RCM had produced 662,750,000 one-cent coins for circulation.