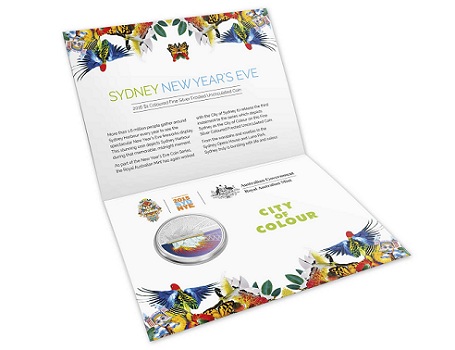 The Royal Australian Mint has released its 2016 Sydney New Year’s Eve $1 Coloured Silver Frosted Uncirculated Coin, which is available for $54.55 AUD, and has a mintage limit of 5,000 pieces. The coin is composed of a half ounce of silver that is 99.9% pure, and carries a frosted Uncirculated finish.

A press release notes that 1.6 million people gather in the Sydney Harbour every year to watch its famous New Year’s Eve fireworks display. The coin’s inclusion of color is meant to reflect the city’s unique natural environment and its vibrant culture. 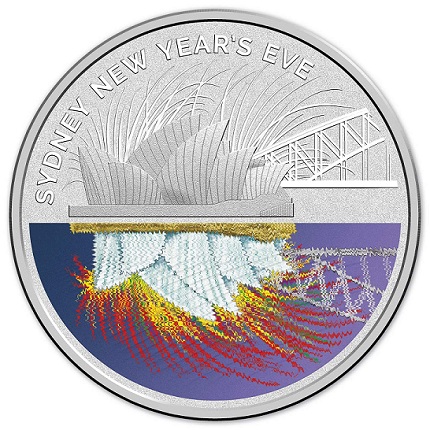 The coin’s reverse displays an image of Sydney’s iconic opera house rendered in silver, with the New Year’s fireworks display in progress across the skyline. The image is reflected in color on the surface of the water of the surrounding harbor. The inscription SYDNEY NEW YEAR’S EVE is included along the rim of the coin. 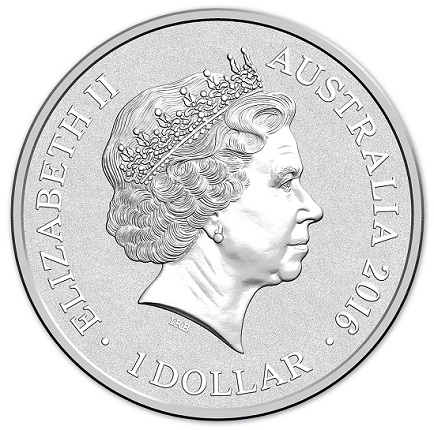