One of the most enduring series in Australian numismatic history is celebrating its 25th anniversary in 2018. The popular Kangaroo Series, produced by the Royal Australian Mint, has featured artistic depictions of Australia’s iconic kangaroo since 1993.

Beginning with an image that echoes the reverse of the Australian penny from 1937, the Kangaroo Series has appeared in various forms and with various themes over 25 years. Each annual release has depicted different aspects of Australia’s beloved kangaroo, from its contribution to Australian biodiversity to its role as a cultural icon.

Ross MacDiarmid, CEO of the Royal Australian Mint, says the mint has produced a special product to mark the 25-year milestone.

“The Kangaroo Series is one of our most popular annual releases, loved by collectors both in Australia and overseas. This year the mint looks back at a quarter-century of artistic and engineering excellence with pride,” he says.

“To celebrate the anniversary, the Mint has released a $1 fine silver Frosted Uncirculated coin housed in a two-ounce silver bar that was produced in collaboration with MDM in Germany.”

The 25th-anniversary design features a mob of kangaroos in an outback landscape, a detailed portrait of an eastern grey kangaroo and an exclusive 25 privy mark. The coin and bar set is made from three ounces of fine silver, with a strictly limited mintage of 5,000. 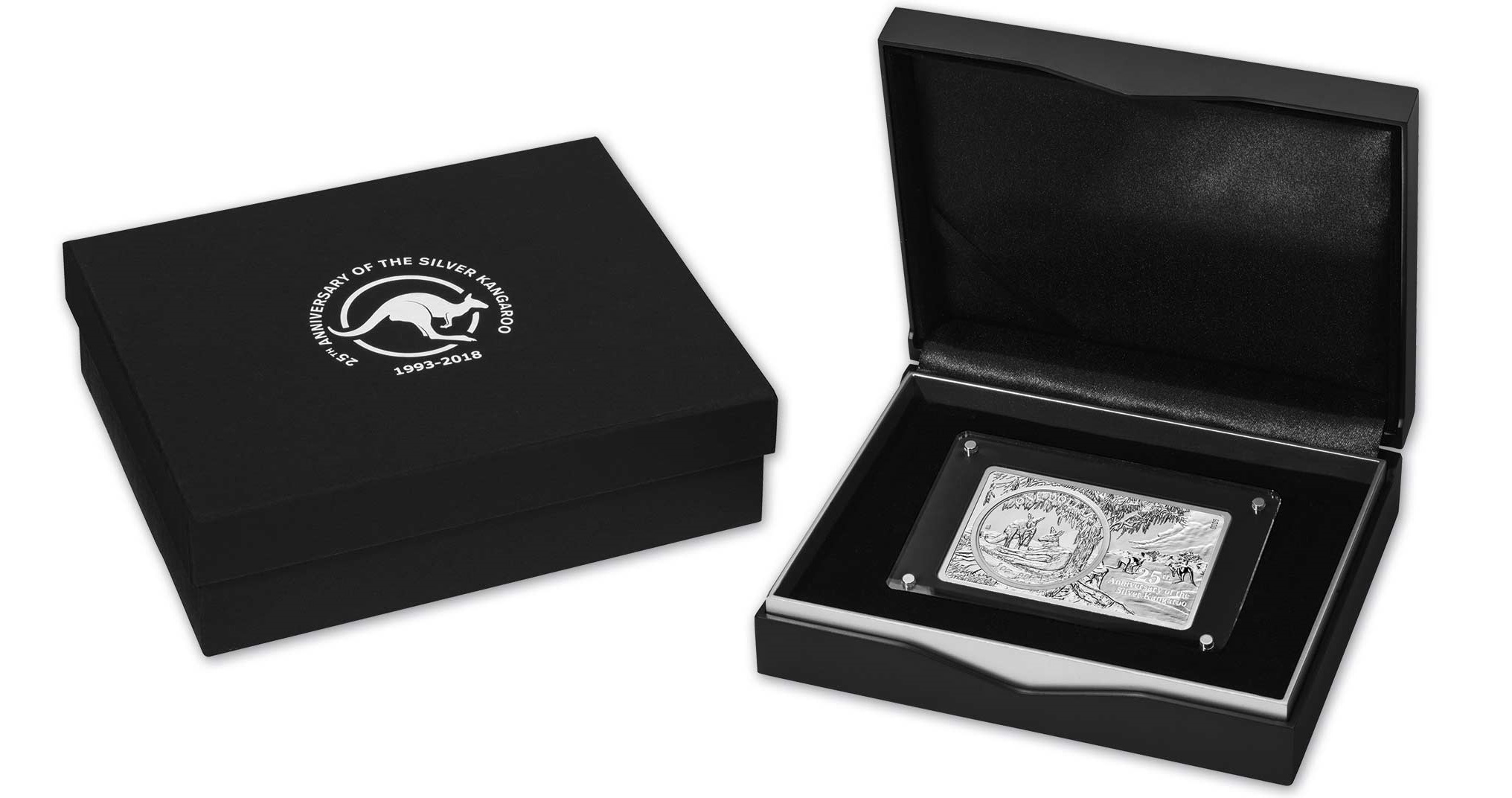