The Royal Australian Mint will release a new dome-shaped coin to mark the 2015 International Cricket Council (ICC) Cricket World Cup. Held from February 14 to March 29, 2015, this will represent the 11th ICC Cricket World Cup and include 49 matches played in 14 venues within Australia and New Zealand.

There have been an increasing number of domed or curved shaped coins in recent years, as these releases have proven popular with collectors. In 2009, the Monnaie de Paris released a dome shaped coin to mark the International Year of Astronomy. The Royal Australian Mint had followed with the “Southern Sky” series depicting constellations visible within the southern hemisphere on color printed domed coins issued from 2012 to 2014. This year, the United States Mint released the curved shaped National Baseball Hall of Fame Commemorative Coins across gold, silver, and clad composition coins. Also this year, the Monnaie de Paris released a set of gold and silver domed coins for the 2014 FIFA World Cup Brazil. 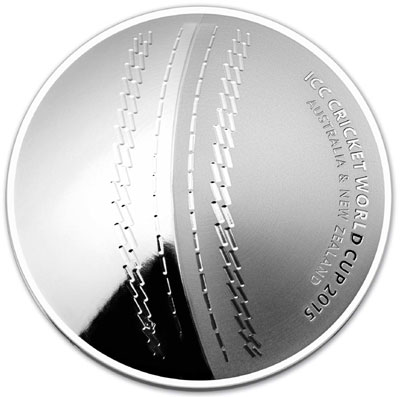 The new 2015 Cricket World Cup Domed  Silver Coin takes the approach of using the convex shape of the reverse of the coin to depict a cricket ball. The image is half mirrored and half frosted with inscriptions reading “ICC Cricket World Cup 2014” and “Australia & New Zealand”. 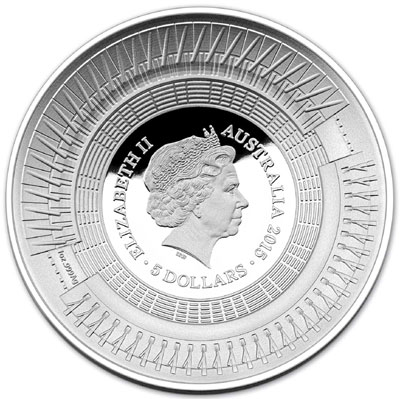 The concave obverse of the coin is used to accentuate a design depicting an aerial view of the Melbourne Cricket Ground, which will be the location of the first and last games of the tournament. The Ian Rank-Broadley effigy of Queen Elizabeth II appears at the center with inscriptions including the “2015” date and legal tender denomination of “5 Dollars”.

Visit the Royal Australian Mint website product page for additional information or to place a pre-order.