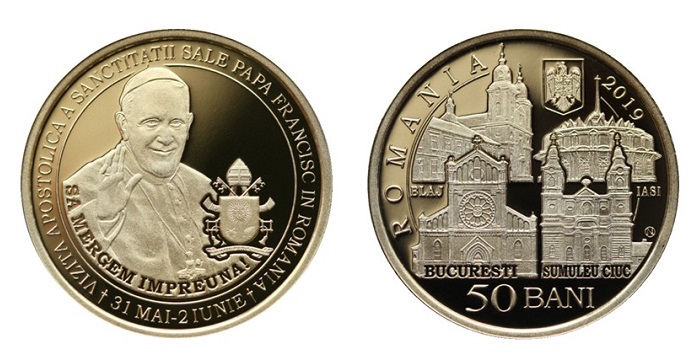 The Banca Nationala a’ Romaniei has announced the release of new gold coins which will celebrate the historic visit of His Holiness Pope Francis to the country from the 31st May to the 2nd June. This is the second visit of a reigning Pope to Romania, the first being exactly 20 years ago when Pope John Paul II visited the country shortly after the restoration of democracy to the Eastern European country. The visit was arranged following an official invitation by State Authorities and the Romanian Catholic Church, as the majority of the country adheres to this particular sect of Christianity. In Romania, Catholics make up over four percent of the population and are the second largest denomination.

The Papal (or Apostolic) three-day visit was announced by the Vatican News Agency on the 11th January when the official itinerary was published and confirmed that His Holiness would visit the capital Bucharest, then travel to Blaj in Transylvania and to the Marian Shrine of Sumuleu Ciuc on the outskirts of Miercurea Ciuc City. 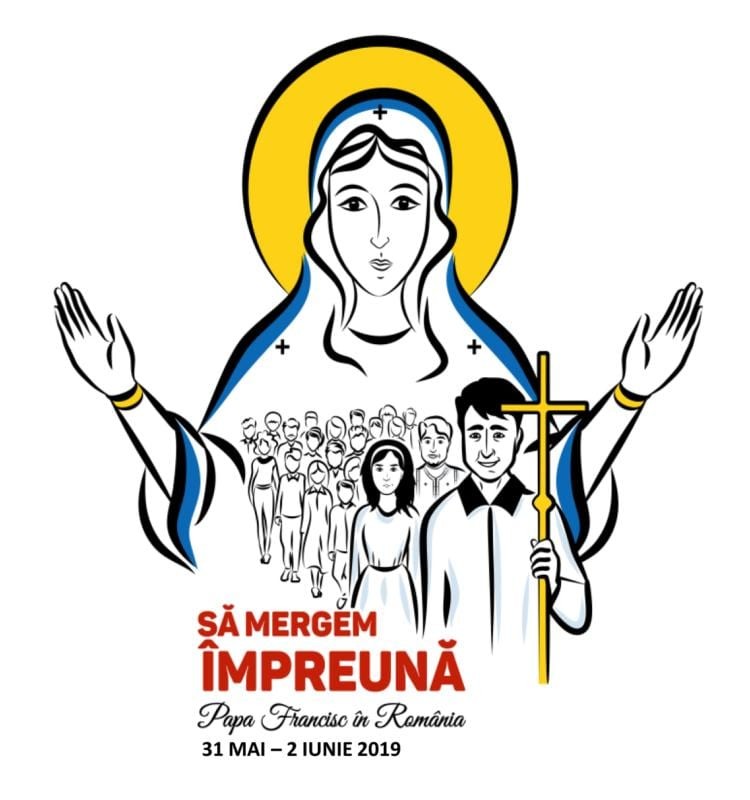 The motto of the visit is “Let’s Walk Together,” as the visit’s logo is designed in blue and gold and depicts a group of Romanian people walking beneath an image of Our Lady, which, according to a statement from the Holy See Press Office, evokes the Virgin Mary’s care and protection of the Romanian people. During the announcement of the upcoming Papal visit, the Vatican News Agency noted that Romania has often been called “the garden of the Mother of God,” which was a phrase used by Pope Saint John Paul II during his Apostolic Journey to the country. 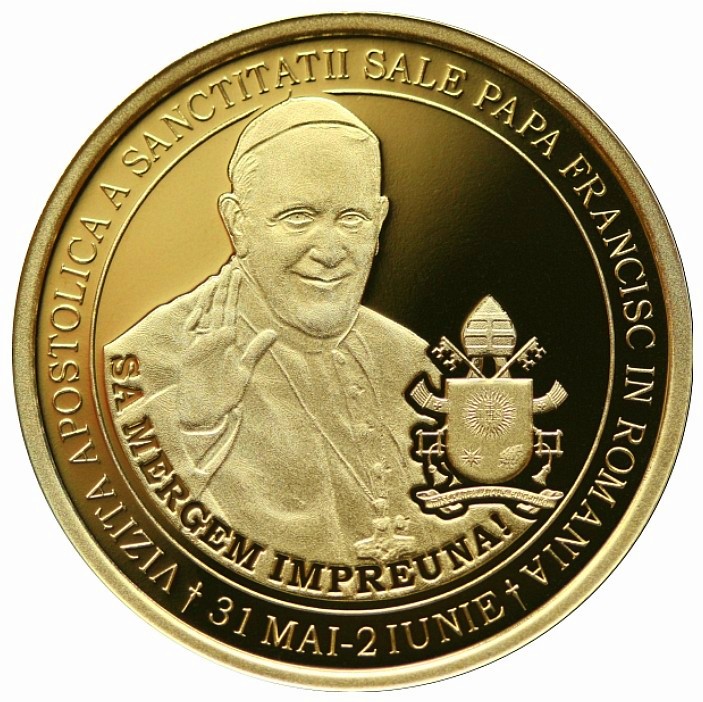 The Monetăria Statului produces the gold Proof quality coins at their facilities in Bucharest on behalf of the National Bank. The obverse side of the coin includes the portrait of His Holiness, front-facing and lifting his right hand, symbolic of a blessing of a crowd of well-wishers and the faithful. Beside the portrait is the official crest of the Vatican City State. The likeness of the Pope is encircled with the commemorative inscription VIZITA APOSTOLICA A SANCTITATII SALE PAPA FRANCISC IN ROMANIA and 31 MAI–2 IUNIE. Immediately below the Pope’s portrait is the text SA MERGEM IMPREUNA! 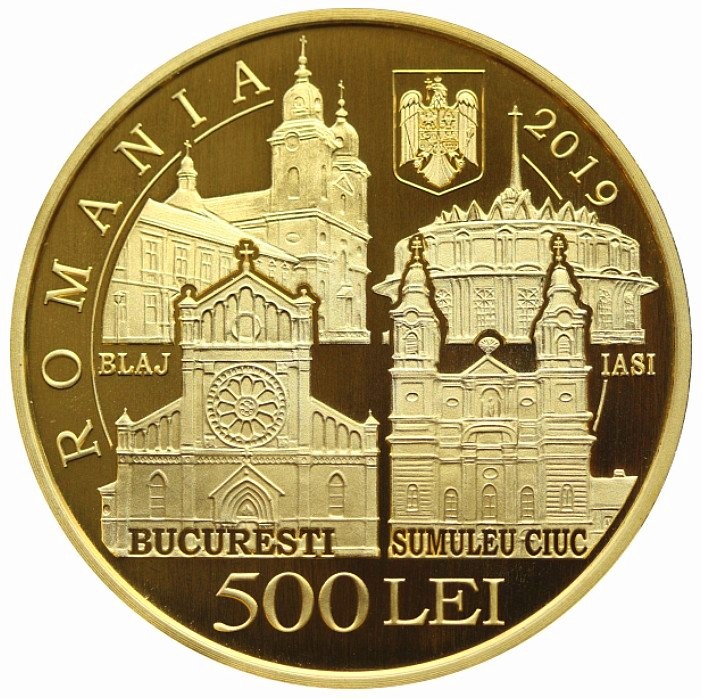 The reverse side includes specific places of worship which the Pope is scheduled to visit and the names of the particular cities where they are located. These include St. Joseph’s Cathedral — BUCURESTI, Marian Shrine — SUMULEU CIUC, Holy Trinity Cathedral — BLAJ, Our Lady Queen Cathedral — IASI. The inscription, ROMANIA, and the year of issue, 2019, are shown along the edge above the primary design in an arch, while the coat of arms of Romania is seen above the depiction of the Cathedral in Iasi and the face value of 500 LEI is placed below the overall design.

A 50-bani coin minted in base metal was also struck, whose design is identical to the gold examples.