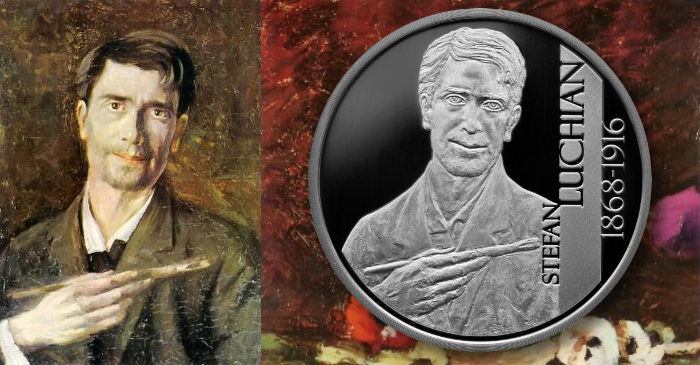 The Banca National a Romanei have issued (26th February) collector coins which are minted in observance of one of the country’s most respected artists who made a name for himself for outstanding landscape and still life works. Stefan Luchian (1868–1916), through his work, proved to be an original and capable artistic personality. Luchian’s great innovative contributions to Romanian painting in the late half of the 19th century are represented by the way he translated light effects which gives life to every colour in the painting at hand.

Born on the 13th February 1868, in the small town of Ştefăneşti to Major Dimitrie Luchian and Elena Chiriacescu, Luchian was five years old when his family moved to the capital of Bucharest. He stubbornly resisted his mother’s efforts to enroll him in military school, choosing to instead enroll at the age of 17 in painting classes at the National School of Fine Arts in Bucharest. His natural abilities as a painter were soon recognised, and by the time of his graduation in 1889, he was awarded a bronze medal for some of his earliest works.

He continued his studies at the Academy of Fine Arts in Munich from 1890 to 1891 but returned to Romania in 1890 briefly to participate in the first exhibition of the art societies’ — The Circle of Arts. He left once again, after which he arrived in Paris, where he graduated from the Julian Academy during the 1891-1892 semester. It was at this time in his life that he fully embraced the Parisian artistic life, which was then full of impressionistic and effervescent artistic interpretations.

Luchian returned to his homeland where he lived the life of an artist, rich in activity, the basis of which was the promotion of modern art. In 1896, he formed the Independent Artists Exhibition, along with fellow artists, and also became a founding member of the Artistic Youth Society in 1901. His own exhibitions of his paintings within this society at the Romanian Athenaeum would make him one of the most important painters of his time. 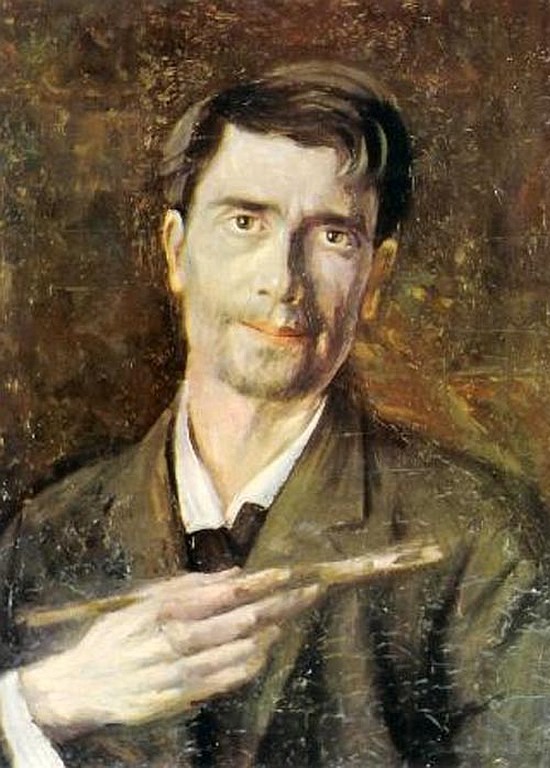 In 1900, Luchian participated in the Universal Exhibition in Paris with two pastels. It was at this time the first symptoms of a spinal cord disease (multiple sclerosis) was discovered which would leave Luchian debilitated for the rest of his life. Despite Luchian’s health difficulties, he increased his work and was always present for personal and group exhibitions which were organised in the capital. It was at this critical time when he created his self-portrait in 1907. It was known that this work was completed despite extreme physical impairment, and though Luchian struggled with illness and a lack of materials, it is now considered one of the most successful psychological self-portraits in the world. This painting now hangs in the Romanian National Art Gallery in Bucharest.

By 1909, Luchian was, for the most part, unable to stand and was only able to continue painting in an armchair. No longer able to hold the paintbrush without it being tied to his hand, it was during this critical period of his life that he created several works that are considered true pictorial jewels and master creations. His pictorial work, including that of flowers, is characterised by finesse, simplicity, chromatic synthesis, and brilliant yet delicate colouring. Luchian’s oil and pastel technique was described as unparalleled, unique in craftsmanship.

His illness worsened as Luchian got older, and with a shortage of drugs and treatment during the Great War, which broke out in 1914, Luchian’s health deteriorated rapidly. His hands were left trembling and, ultimately, he was now unable to paint at all. Luchian died on the 28th June 1916, in Bucharest at the age of just 48 years and is still remembered in the country as a model young man of sacrifice and passion for his chosen profession. Stefan Luchian is described as the first painter who was able to carve out a distinct personality for Romanian art in the European ensemble, and who was inspired by the traditional frescoes of medieval churches and folk art, outlining and simplifying his country’s culture with such expertise. 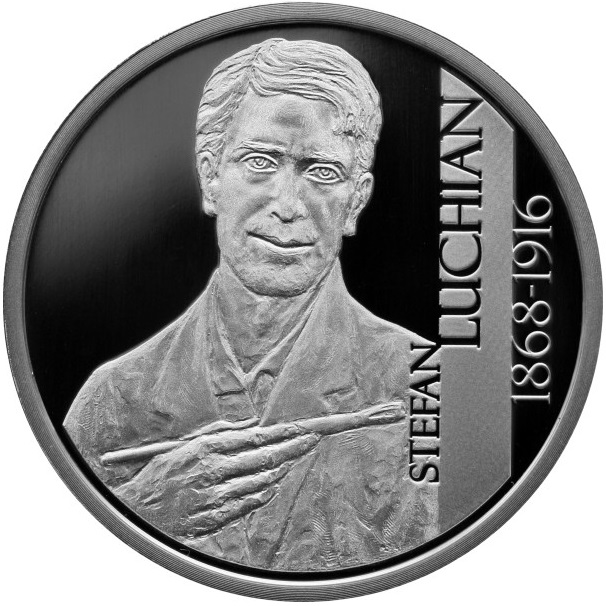 The coin is produced by the Monetăria Statului at their facilities in Bucharest on behalf of the National Bank. The obverse side of the silver coin depicts the self-portrait of Stephen Luchian painted by the artist in 1907 with the vertical inscription STEFAN LUCHIAN and the years 1868-1916. 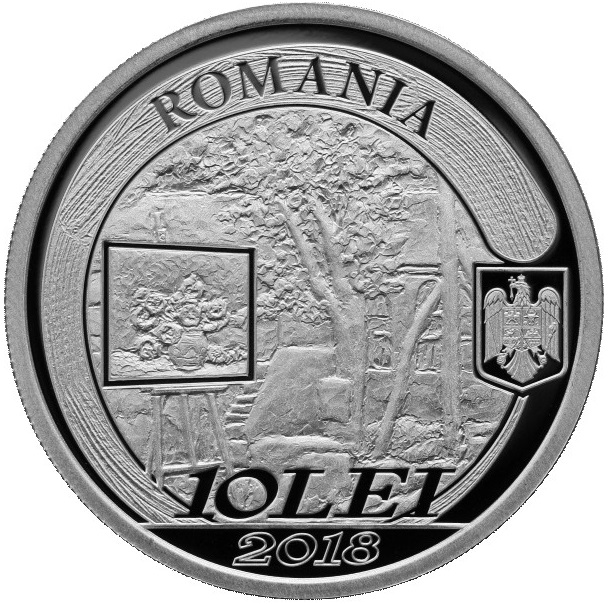 The reverse side includes a composition depicting two of the works by the painter in the foreground. The inscription above the primary design reads ROMANIA and included to the right side is the national coat of arms along with the nominal value 10 LEI and the issue year 2018.

The silver coins are individually housed in transparent capsules and are accompanied by leaflets featuring a presentation of the numismatic issue in Romanian, English, and French. Each leaflet comes with a certificate of authenticity bearing the signatures of the governor and the chief cashier of the National Bank of Romania. The coin is limited in mintage and available only through the branches of the National Bank of Romania in Bucharest, Cluj-Napoca, Iaşi, and Timişoara. Interested collectors are advised to consult online auction services as the Romanian Mint and the National Bank do not engage in direct international sales.