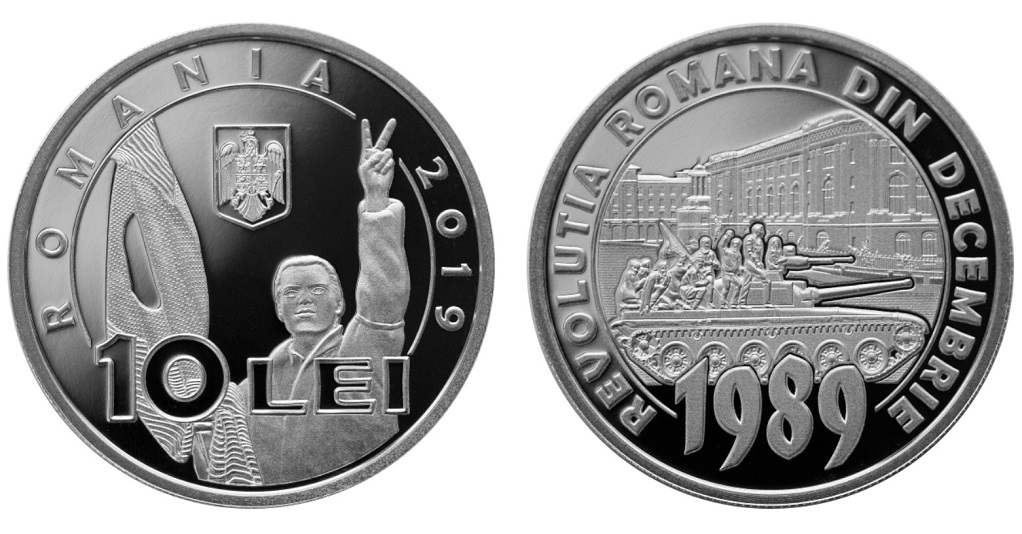 The Banca Naţională a României has released (16th December) new collector coins which remember the revolution that took place toward the end of 1989 and saw the removal of the last communist dictator to rule the country, ending dominance of the communist party in Romania, as well as restoring democracy after more than 40 years of an imposed communist government.

The last communist government effectively ended after the departure of Nicolae Ceaușescu, the one-time president when he left the capital city of Bucharest following a popular uprising in several towns and cities throughout the country. A provisional government was put in place by the Romanian military, who declared their allegiance to a provisional president not aligned with the communist party. A democratically elected government was first installed on the 20th May 1990 with a new constitution being formally adopted on the 21st November 1991. 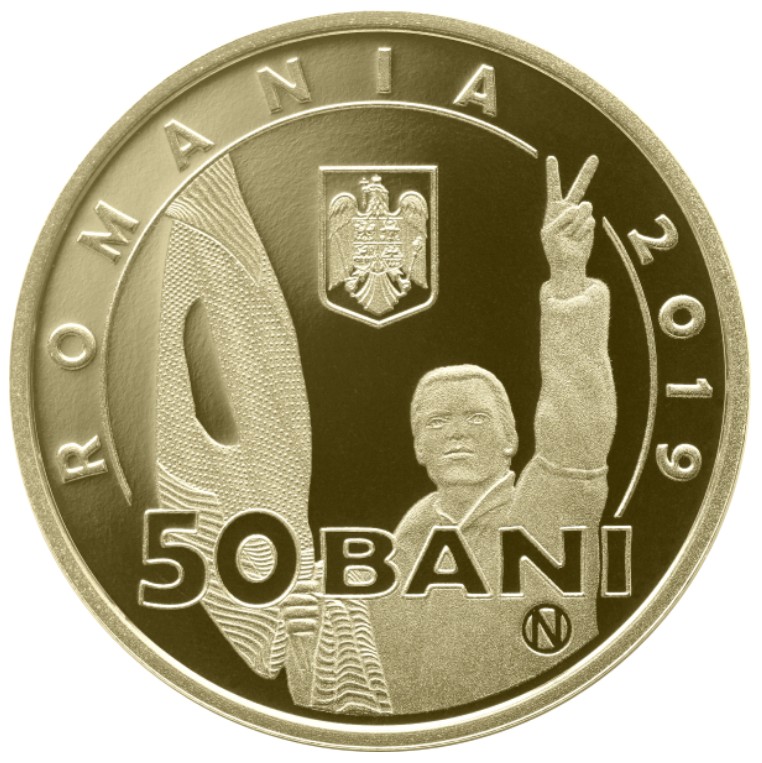 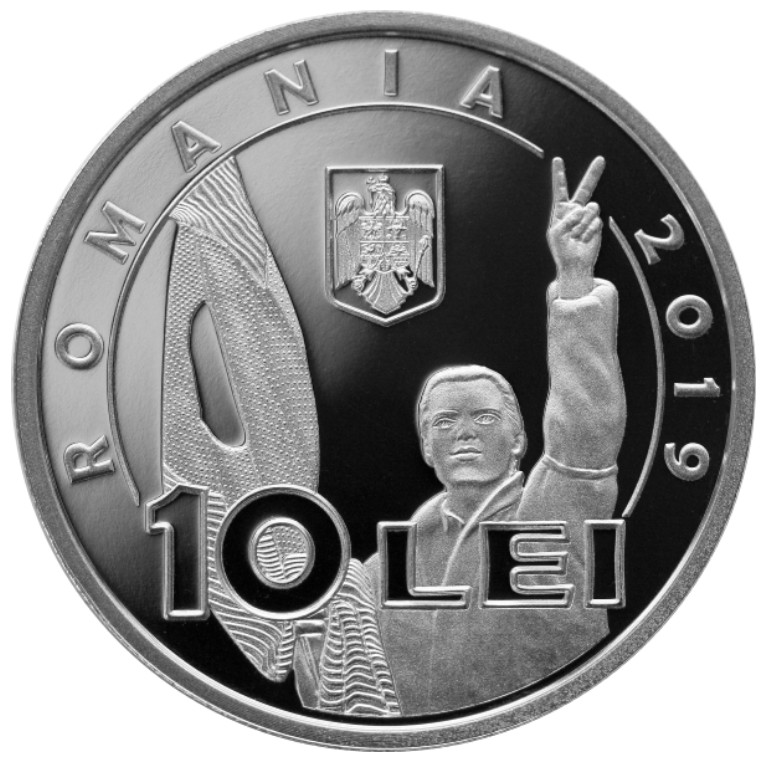 The Monetăria Statului produces the coins at their facilities in Bucharest on behalf of the National Bank. The obverse side of the new coins depicts a very popular and familiar image of a protester in Bucharest, and he flies a flag of Romania (minus the communist crest which once was part of the official design). The crest had been routinely cut out of the flag as a measure of protest to show the people’s opposition to communism, while the remaining part of the flag was the traditional colours of blue, yellow, and red vertical fields of equal measure. Also shown is the sign of peace the protester is signalling with his left hand. The crest of the Republic is placed above the primary design and the denomination of 10 LEI is superimposed over and positioned to the lower portion. 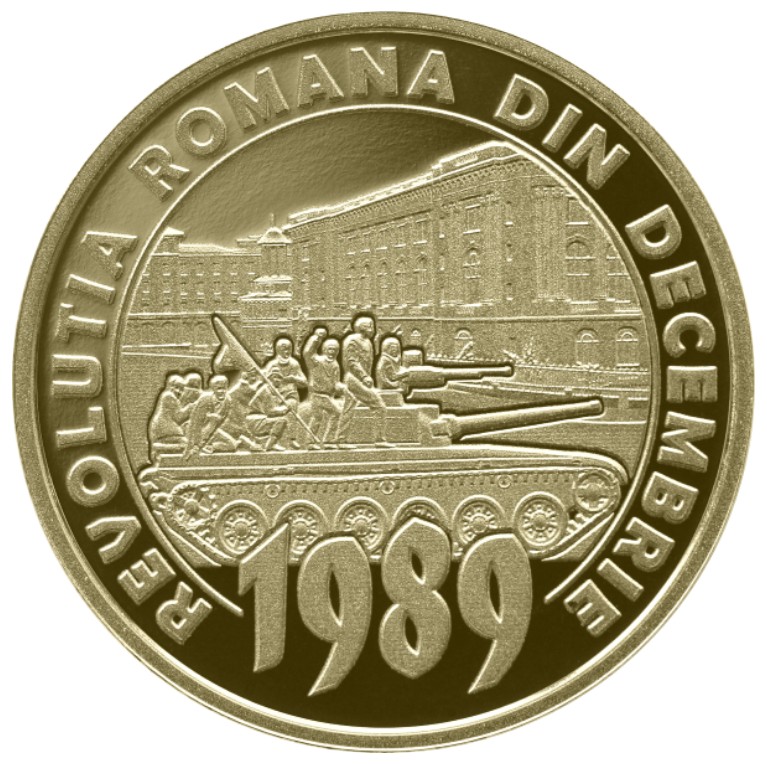 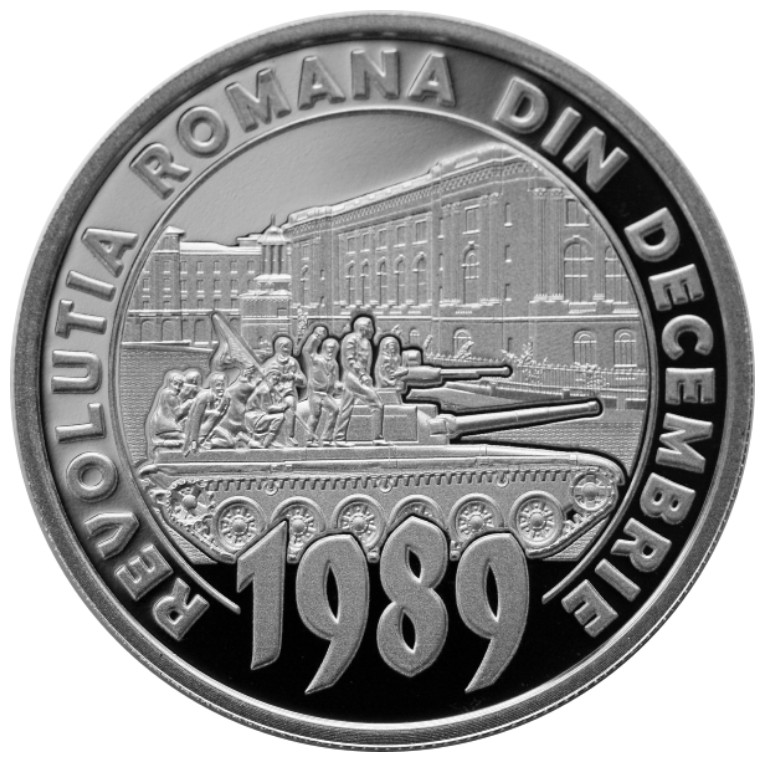 The reverse also includes a scene during major protests in Bucharest, an army tank with protestors who have climbed onto it along with soldiers. They are in front of the office of the former president, who made his last speech to the people gathered in what is now known as Revolution Square, just before he was forced to flee permanently. The commemorative text around the primary design reads REVOLUTIA ROMANA DIN DECEMBRIE and includes the year when the events took place 1989.

The National Bank of Romania has announced that a mintage of 500 10-lei silver Proof and 50,000 Brilliant Uncirculated brass revolution anniversary coins will be released nationally from the 16th December. A certificate of authenticity containing the signatures of the NBR governor and the central cashier is included with the coins, which are available directly through the Bucharest, Cluj, Iasi, and Timişoara regional branches of the National Bank of Romania. For additional information, please click here.

A further mintage of 10,000,000 brass circulation quality coins will be placed into general use. 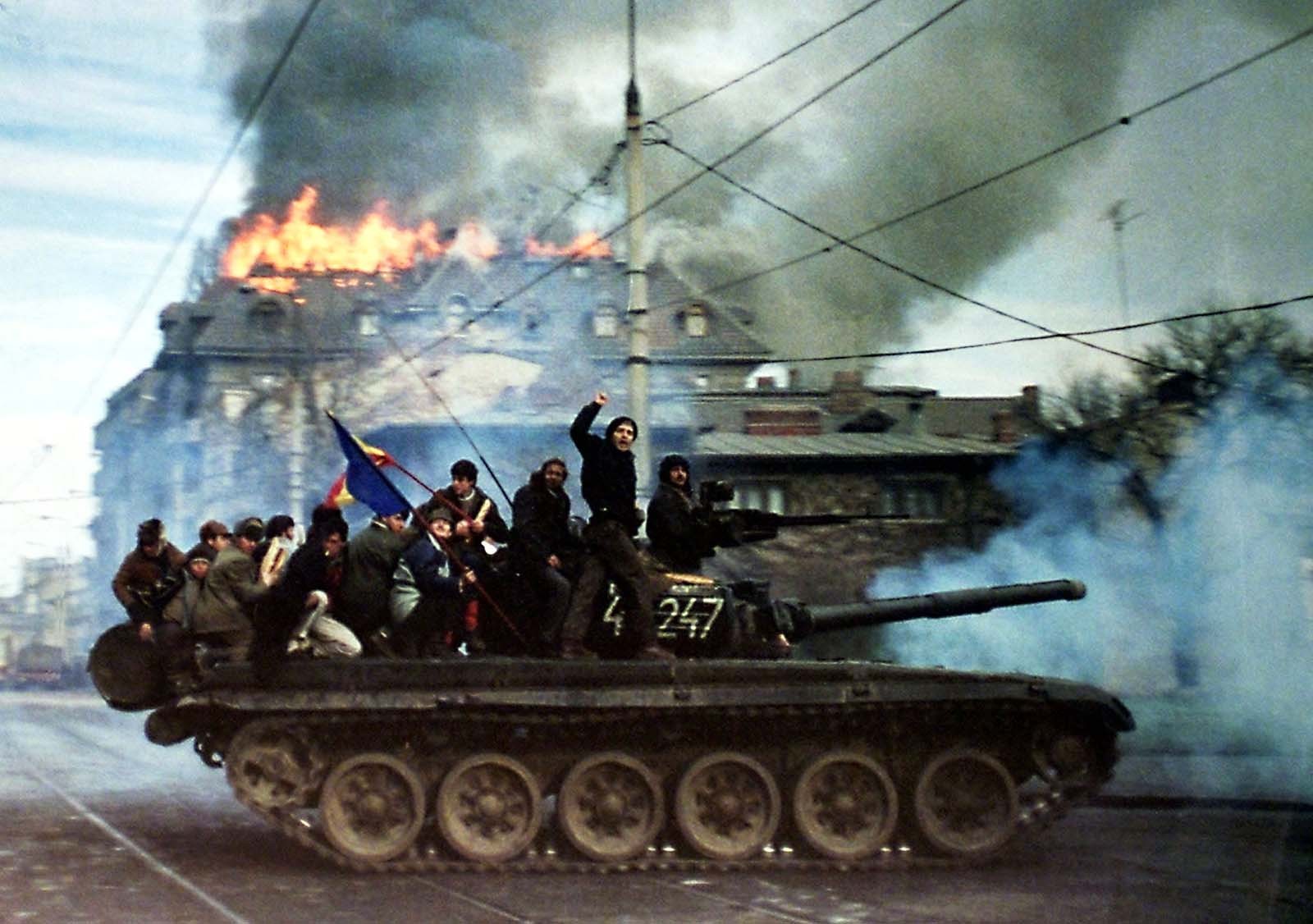 A Prelude to the Restoration of Democracy: The Romanian Revolution and the Fall of a Dictator

The Iron Curtain was finally descending on Eastern Europe toward the end of the 1980s, and the USSR’s Warsaw Pact alliance was being reduced to tatters. The Romanian people witnessed government after government collapsing in Eastern Europe, all of them communist, and many adjacent to Romania. The people of Romania finally decided to rise up against their president and general secretary of the Romanian Communist Party, Nicolae Ceaușescu, (1918-1989) who had been the strongman in power since 1965.

Breakaway governments within the USSR were declaring their intent to become independent, and neighbouring countries near Romania were busy with dismantling their communist apparatus and forming governments to re-establish democracy. Ceaușescu was at this time attempting to hold onto power and tighten his grip on his authority in the face of opposition from the Romanian people. The communist party elected Ceaușescu, then at the age of 71, to another five-year term as its leader, further infuriating the Romanian people. In a speech on the 21st December in which he denounced the anti-communist revolutions all over Eastern Europe, he was essentially shouted down by hundreds of thousands of people on the streets while he attempted to speak to them. Violent demonstrations broke out in Bucharest and Timisoara with those demonstrating vowing to bring down the hated Ceaușescu and those around him, including his family, who were regarded by the people as profoundly corrupt.

As the situation became untenable, his advisors prompted him and his family to leave the capital of Bucharest and seek safety on the 22nd December. Ceaușescu and his wife Elena fled the capital, heading via helicopter to one of their summer residences. As this location was also deemed unsafe by their bodyguards, they fled the next day to the town of Târgoviște where they were forced to abandon their helicopter, as it had been ordered to land by the army. The Ceaușescus were eventually apprehended by local police, who then turned them both over to the military.

On Christmas Day, the 25th December 1989, the Ceaușescus were summarily tried before an impromptu court which convened in a small room on the orders of the National Salvation Front, Romania’s new provisional government. They faced charges which included the illegal gathering of wealth and genocide against the Romanian people. Ceaușescu repeatedly protested the court’s authority to try him and asserted he was still legally the president of Romania. At the end of the quick show trial, the Ceaușescus were found guilty of their crimes and sentenced to death, while the country watched the proceedings broadcast intermittently on television. A soldier standing guard in the proceedings was ordered to take the Ceaușescus out of the court one by one and carry out the death sentence, but the Ceaușescus demanded to die together. The soldiers agreed to this and tied their hands behind their backs, which they protested against, but were powerless to prevent.

The Ceaușescus were executed by firing squad, with Ceaușescu singing “The Internationale,” the socialist anthem, whilst being led up against the wall. Later that day, the execution was also shown on Romanian television. The couple was buried soon after at the Ghencea Cemetery in Bucharest in separate graves, but in 2010, they were exhumed and buried together in a different location in the same cemetery.