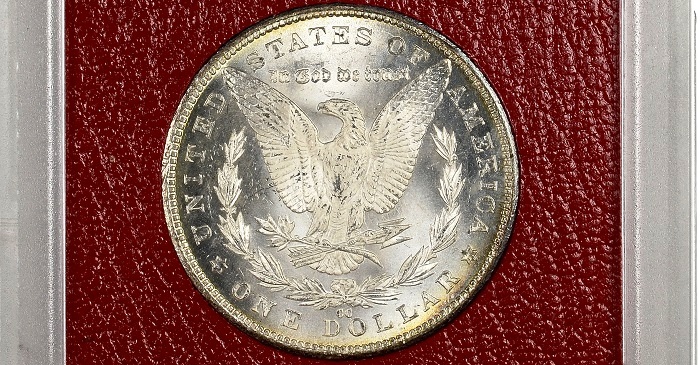 Last year at this time NGC chairman Mark Salzberg made this announcement, on which he expanded at the beginning of 2017:

[A]ll coins currently in NGC Registry sets—including those graded by other services—will be allowed to stay in those sets. There will be no NGC Registry point deductions or rank changes for these coins or sets. Starting in January 2017, however, if you would like to add a new coin to an NGC Registry set, it will need to be an NGC-certified coin.

He knew the decision would be controversial but defended it by stating, “I cannot continue to allow coins graded by companies whose standards do not match those of NGC. It is not fair to the collectors who have built their sets with NGC-certified coins.”

On January 17, 2017, he expanded on the decision in another post, stating:

Over the last five years or so, I have noticed a perplexing trend at PCGS. There has been a dramatic increase in the grades assigned by PCGS for a wide range of coin types and, consequently, I believe that this has caused an extraordinary reduction in the value of many PCGS-certified coins.

PCGS president Don Willis responded as one might anticipate to the criticism:

We set the standard for third-party grading 30 years ago. Every other grading service has attempted to copy that standard and has been playing a game of catch up for all those years.

Personally, I subscribe to both grading services, which recently made subtle changes in their online sites. Nothing astoundingly good or bad in my view, but nevertheless mildly annoying. We’ll get to those later.

Coin Update has a long history of covering the two major grading services, mainly via my columns. This year, for example, I posted:

You can find my criticisms on Coin Update as early as 2010. Here’s an example, concerning a policy change by PCGS, which used to charge extra for “plus” grades, then a new numismatic phenomenon.

Over the years, I had been especially hard on PCGS. To its credit, however, and occasional irksomeness, it typically has changed policy in the interest of the hobby. It is my preferred holdering company, although I patronize both services.

We need the competition. NGC and PCGS provide that, and oh so much more.

I have found less to criticize over the years with NGC, apart from its ridiculous—yes, Mr. Salzberg, ridiculous—policy of not grading crossover slabs because (purportedly) NGC submitters were disappointed when they received lower grades.

This was NGC’s response in 2011: “In the end, we discovered that the cause of customer complaints was not the way NGC had structured its services. Instead, negative customer experiences were the result of the way that coins had been graded or described by other companies.”

So for the past six years, hobbyists have to crack out lesser slabs (except for PCGS holders, which still qualify for crossover), a surefire way to damage coins before submitting to NGC. That move was predictably not so nice for the hobby.

In the end, though, these are mere annoyances. So Mr. Salzberg and Mr. Willis, kindly note the following: “I am incredibly grateful for PCGS and NGC.”

Our hobby is in tatters on the Internet. Without reliable services, which NGC and PCGS provide, I believe coin collecting would wane because of unethical practices in online auctions, ranging from eBay to Proxibid.

You can ready about that in this post, titled, “What Kind of Hobby Is This?“

I patronize NGC and PCGS, more so the latter, because I understand its grading practices more fully. Some readers may prefer NGC for the same reason.

I do have petty concerns that might improve the submission and verification processes.

For starters, I think it’s time to retire or revamp the GSA PCGS slab. 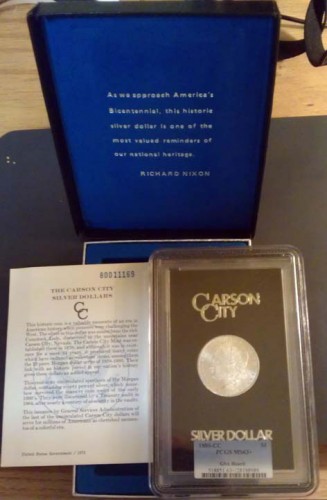 In 2013, when the new holder was announced, I had reservations, which I expressed in this post.

I have mixed feelings about the oversized holder. On one hand, we’re looking at a coin encapsulated within two layers of plastic. On the other, the holder is handsome and preserves the GSA insignia of the original slab. Then again, not counting the weight of the GSA holder, the PCGS slab weighs more than five times what the coin itself weighs (26.7 grams for a Morgan equals 0.9418148 ounces). Also, the size of the PCGS holder does not fit inside the GSA box with the Nixon insignia. The box, as much as the GSA holder, is part of the allure of the GSA coins.

I continue to be asked via email from PCGS customer service if I would like this oversized slab. When submitting, I have started using exclamation marks, such as “No Large Holder, Please!”


PCGS also can take a cue from NGC and start using bands on Redfield holders. I never submit Redfield and Paramount holdered coins to PCGS because it doesn’t provide this service. PCGS will put “Redfield” on its label. But the whole purpose here is the Redfield holder, not the provenance. That holder is destroyed without a band, such as NGC uses. 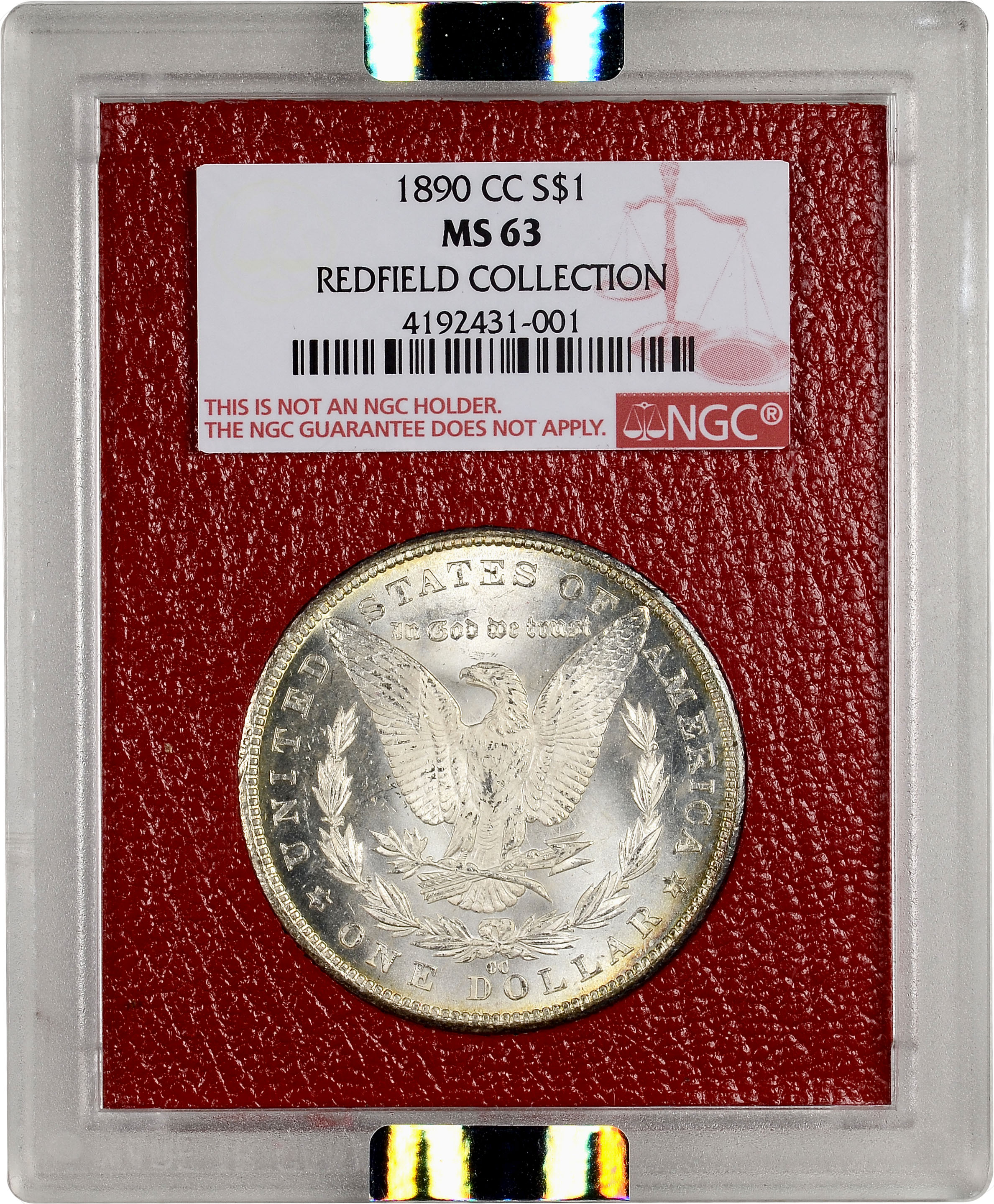 PCGS also has redesigned its website for clients to check on submissions. It looks like this now:

I dislike the “processing” tab. Again, PCGS could take a cue from NGC and cut down on customer-service calls if it included “Quality Control” so we’d know at what stage the coins are during “processing.”

I have ceased using NGC’s verification site because of the manual labor now of not only including its awkward cert system, which includes an invoice number followed by the order of the coin in the submission, such as 2736345-001 (or -002) in the example below.

Now, if you want to verify the holder, you also have to input the grade in addition to the invoice number and the sequential coin number. 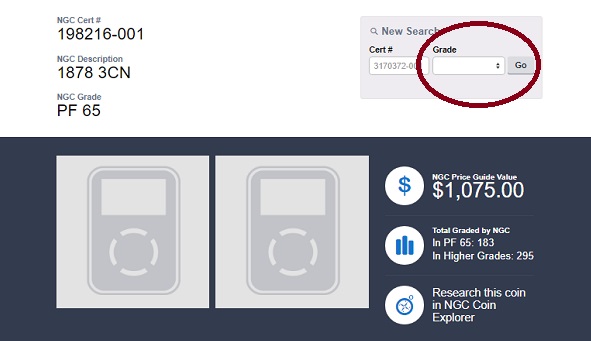 Too cumbersome. I’m sure it’s for added security, but I no longer have the patience to fact-check every NGC slab that I want to bid on in Internet auctions. And as far as values are concerned, I simply go to PCGS CoinFacts, which I find superb, the best out there, that used to cost a subscription but now is free.

Thank you, Don Willis, for that!

Quibbles, to be sure. It would require a handbook to explain all the benefits I could list, using these top services.

Take note of this, especially: I applaud their customer-service representatives. At NGC, they are so responsive, I know them by their names.

Coin Update will continue to monitor NGC and PCGS as we have done since 2010. Sometimes we get it wrong, often we get it right, but always we will have you, the hobbyist, in mind when we post.

Do you disagree with my analysis? Think I am too hard on NGC, PCGS, or both? Let fly in the comment section.