On May 24th, Stack’s Bowers and Sotheby’s sold part IV of the D. Brent Pogue collection in New York City. We previewed this auction in April, and many in the numismatic world were looking forward to the sale of two great American rarities: the finest-known 1804 Class I dollar and the only 1822 Half Eagle in private hands, not offered for sale since the Eliasberg collection was made available in the early 1980s.

A total of 63 lots were offered; not a huge number, perhaps, but enough to fill an entire auction catalog. In this review we will take a look at some of the results from the sale; all prices realized include a 17.5% buyers premium that is automatically added to the hammer price. 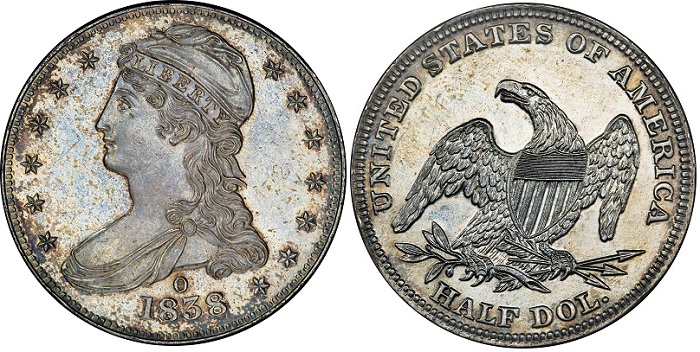 The sale started with Reeded Edge half dollars, a very limited series produced in the late 1830s using the older Capped Bust design, but with a reeded instead of a lettered edge. The Pogue collection featured an over-complete collection of these half dollars, including varieties and Proofs.

The highlight of the group was no doubt lot 4007, an extremely rare 1838-O Reeded Edge half dollar. One of just nine examples confirmed to exist, the coin was graded Specimen-64 by PCGS and realized $493,500. The other New Orleans coin of this type, the 1839-O sold as lot 4010, was graded MS-67 by PCGS and is considered the single finest-known of the date. Bidding was intense for that lot, and it eventually realized $211,500. 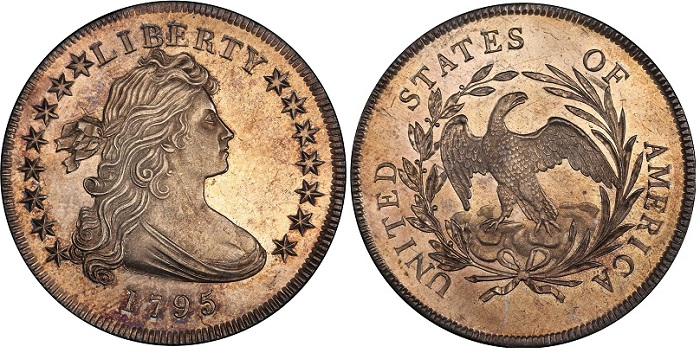 Next up were various dates in the Draped Bust dollar series. It started with lot 4012, which featured the only PCGS certified specimen of this type. Of course, specimens of late 18th century coins are few and far between (as are collectors who can afford them), but this is certainly a special coin. Graded Specimen-66 by PCGS, it only had two auction appearances since 1885 prior to the Pogue sale, and it realized $1,057,000, which was in line with pre-auction estimates. 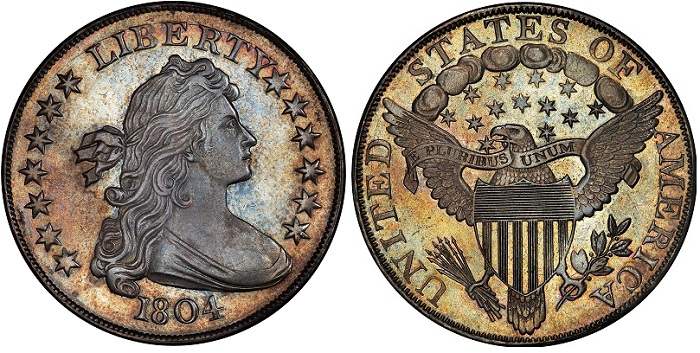 One of the highlights of the sale was offered as lot 4020, the Sultan of Muscat-Watters-Brand-Child-Pogue 1804 Class I dollar, graded Proof-68 by PCGS. Considered to be one of the most legendary coins in American numismatics, the coin had not appeared in a public auction since 1999, when it realized $4,140,000. Bidding went up slowly during the sale after opening at $7.6 million (this particular lot took about 10 minutes). Stack’s Bowers presumably bid on behalf of the consignor, eventually settling at $9.2 million, but when hammered the coin passed and did not sell. 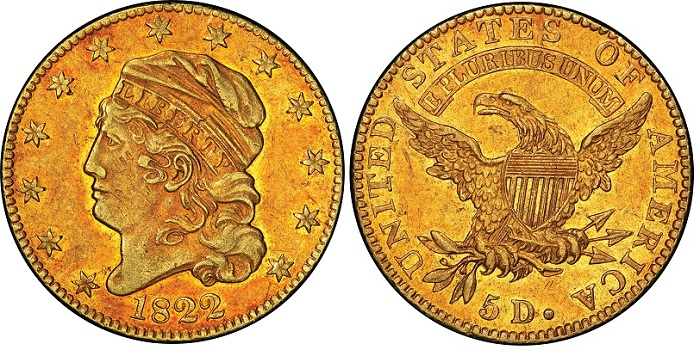 The other rarity of the auction — which had a book written about it and received lots of media coverage — was offered as lot 4026, the only 1822 Half Eagle in private hands, graded AU-50 by PCGS. The second lot in an advanced collection of Half Eagles of this type, this was considered by many to be one of the most special coins of the entire Pogue collection. Bidding opened at $6 million, then went back to $5.5 million via a phone bid (which was unusual), and eventually settled at $6.4 million. This coin passed as well, however, and did not sell.

The auction continued with more Capped Head Half Eagles, many of which were the finest- or near-finest-known for their respective dates. Lot 4030, one of just two 1825/4 Half Eagles known to exist (and the finer of the two, graded MS-64 by PCGS), sold for $940,000. To give an idea of the rarity of this particular overdate, even Harry W. Bass, who assembled the most advanced United States gold coin collection ever put together, missed this variety in his collection.

Another rarity from this series was offered as lot 4044, which is one of the very few Proofs known to exist of this type. The 1833 Proof Half Eagle, which has a pedigree that included the King Farouk and Pittman collections, was graded Proof-67 by PCGS, and realized $1,351,250.

Offered next were Classic Head Half Eagles, a limited series and the first gold Half Eagles to come within reach of many collectors. The coins in the Pogue collection were often the highest graded for their respective dates, and were a different story. Lot 4052 was an absolutely spectacular Proof example of the type, dated 1835, and graded Proof-67+ Deep Cameo by PCGS. This piece realized $822,500.

As for circulation strikes of the Classic Head type, the highlight was no doubt an 1837 Classic Head Half Eagle graded MS-66+ by PCGS and offered as lot 4054, considered to be the finest known example of the type. It realized $235,000, which according to our research is a new record for a business-strike of this type. The final lots in the sale consisted of 1830s Liberty Half Eagle and Eagles, which included a high end 1839-C Half Eagle offered as lot 4061, graded MS-64 by PCGS, that realized $111,625.

Of course the two multi-million dollar rarities that failed to sell are the coins that will attract the most attention after the sale. If the 1804 Class I dollar had indeed sold at $9.2 million it would have been a new world record for any classic coin. We can speculate about the reasons for the two coins failing to sell, but it was known by many in the business that the Pogues had decided somewhat recently to keep the two coins, as they were considered to be favorites from the collection. For me, this comes down to simple seller’s remorse, and is not an indication of the coin market in general, as these coins are truly in a class of their own.  The sales in the Pogue collection have offered high-end collectors chances to pursue coins that very rarely come to market, and it is no surprise that after many decades of assembling this collection the Pogues decided that some coins just shouldn’t go.

Overall the sale results were, as in most auctions these days, a mixed bag. Some lots sold perhaps a little cheaper than many people would have guessed, while others realized multiples of their estimate. Even people that talk of a slow market can’t ignore the fact that many coins sold for six and seven figures, and if the coin market was in the tank we would have seen many more unsold lots or lower prices compared to pre-sale estimates. We can now look forward to another installment from the Pogue collection, expected some time this fall, which we will preview closer to the sale.