Remember these coins? Two on the right were cleaned with MS70 detergent and two with an undisclosed dilution of water and Jewel Luster, a dipping product. All were cracked out of PCGS holders to test cleaning and grading consistency.

Here’s how the coins looked originally: The ugly tone on the dollar in the lower left was one that was dipped.

You can read about the perils of cleaning in this prior Coin Update post, focusing on these coins.

The dipped coin received a one-half upgrade to 64+. The other three graded MS-64, aligning with the old green holder grades. Again, as my original article noted, dipping destroys far more coins than it ever enhances. So don’t try it. Then again, coin conservation methods done by experts can and do restore original beauty.

Well, the newly graded coins affirmed another of my beliefs, and that concerns paying higher premiums for first-generation holders. Over the years, I have found grading in old green holders inconsistent–not necessarily more conservatively graded–as is common numismatic lore. There may be one other explanation for those who believe in grade inflation–and some very big numismatic names have made fortunes on that theory–and that is, most of the conservatively graded first-generation holders were cracked out and regraded already. Even that is suspect, because we will never know the tens of thousands of coins that were sent in for regrade under old holdering policies that nevertheless required new blue labels, even when the coins received the same grade in the new submission.

Reconsideration service, which left the coin in the first-generation holder if the grade was unchanged, was launched by PCGS in 2013, as Coin Update reported then.

Along with this submission, I retrieved from my bank box the remaining 10 first-generation holders from my collection and submitted them for regrading. Only this coin was upgraded by one-half point: 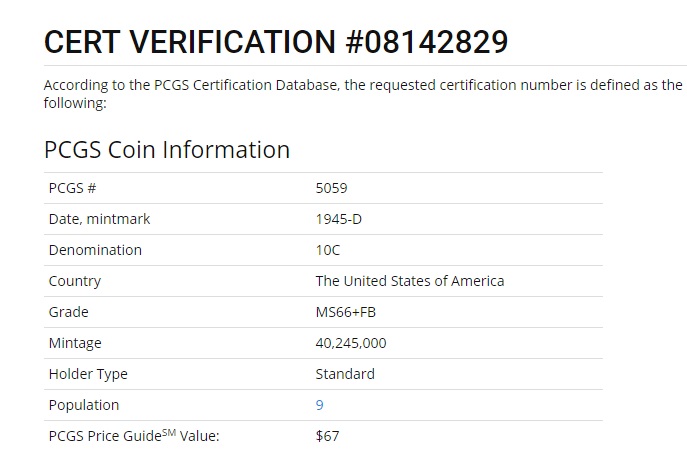 I lost hundreds of dollars in regrading fees. Yes, I did it for this article. And yes, I was hoping to break even with at least one of the more pricey coins. I still think this 1885-O deep mirrored Morgan at MS64DMPL is MS-65, but oh well, PCGS is as conservative as ever.

So what does all this mean to you?

In all probability, if you have a so-called “white” Morgan dollar, which should probably look like this: 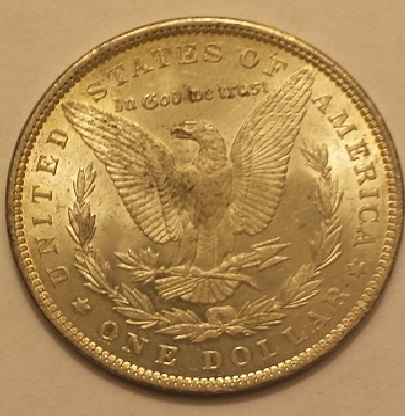 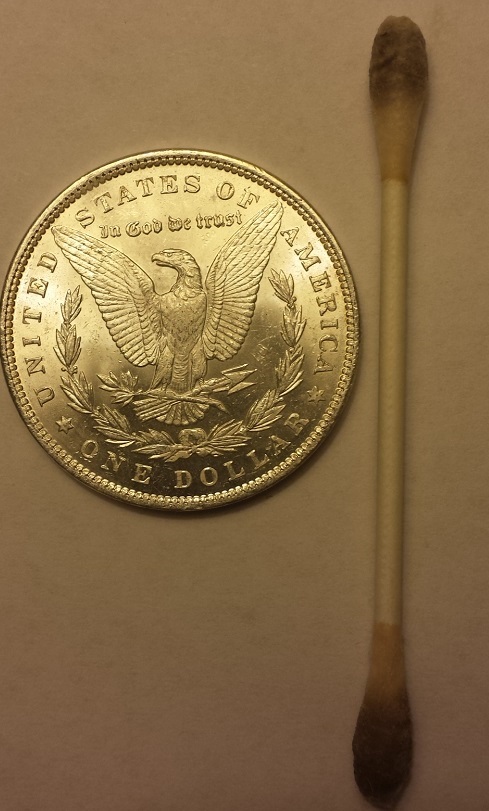 It probably has been “cleaned” (negative word) or “preserved” or “restored” (positive words).

Both NGC and PCGS have conservation/restoration services. I recommend those rather than trying to clean coins yourself.

And as far as I am concerned, I will rely on my grading acumen to spot under-graded coins in any holder, not just first-generation ones, which so many numismatic book authors have touted as upgrade candidates. You don’t have to know grading. All you need to do is spot a green label or fat soap dish NGC one. Isn’t that a tad too easy?

The only candidates for upgrades are ones you can identify by learning how to grade and spot bargains, as we proved in this post earlier in the year.