I attended the fourth and final launch ceremony for the 2009 Lincoln Cent commemorative reverse design. This reverse design displays a partially built U.S. Capitol dome and represents Lincoln’s years as President. It was debuted on November 12th, 2009 at the Ulysses S. Grant Memorial Statue on the west side of the Capitol building in Washington, D.C.

In attendance was Edmund Moy, Director of the U.S. Mint, Dr. Donald Kennon, Chief Historian at the U.S. Capitol Historical Society, and Dr. Eileen Mackevich, Executive Director of the Abraham Lincoln Bicentennial Commission, as well as members of the Citizens Coinage Advisory Committee. The formal ceremony started at 10:00am and concluded at 10:30, kicking off the roll exchange. 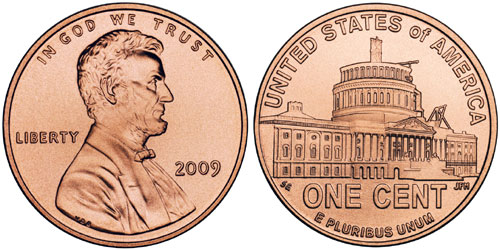 There were roughly 200 people in line at the ceremony. The weather, a rainy and windy 40 degrees, likely played a factor in reducing the number from the thousands that turned out for the events in Kentucky, Indiana, and Illinois. Some of the people I spoke to in line had attended previous ceremonies, traveling from Kentucky to be here today. While I did talk with a dealer who was in line, there did not seem to be any dealers buying rolls from individuals. There was someone who was collecting rolls from a group of people, possibly brought in to maximize the number of rolls they could get.

The mood of the crowd was good, despite the cold and wet weather. I enjoyed both the ceremony and the conversations with people in line. 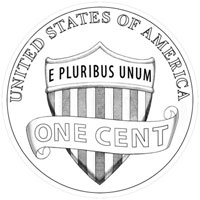 Near the end of the ceremony, Director Moy unveiled the reverse design that will be used on the Lincoln Cent starting in 2010. Personally speaking, I do not find the new design appealing, an opinion shared by others both in the crowd and elsewhere. The CCAC, however, found the design to be “a classic symbol from the Civil War era” and was preferred “due to its focus on a single design element.”

After the ceremony, Director Moy was interviewed by a television crew, during which the reporter asked the Director about the ongoing efforts to stop production of the one-cent coin. Director Moy responded by saying that the Mint was legally obligated by Congress to mint the coins. Later, he was seen handing out single Lincoln cents to the children in line for the roll exchange, and signing the programs that were given to us in line.

There were two other locations where cent roll exchanges were held on November 12th: the Mint’s kiosk in the Main Hall of Washington’s Union Station, and at the Mint’s offices on 9th Street in Northwest Washington. Based on reports from Mint employees and those in line, there were close to 1,000 in line earlier in the morning at the kiosk in Union Station. This location had the advantage of being both completely indoors and at a subway stop. Another advantage of the Union Station location was that the Post Office in the building had provided a cancellation stamp for those who wanted to authenticate that the rolls were in fact obtained on the day of the ceremony. It wasn’t a special stamp for the occasion, but having direct access to it versus tying up the Post Office staff was a win-win for everyone. At the Mint’s offices on 9th Street, two hours after the start of events at the Capitol, there was no one in line, but they were prepared for more individuals, having over 2,000 rolls in reserve.

Ceremony photos below were taken by Les Peters. Click on any image for a larger size version. Les also publishes a coin blog titled Tales of a Lifelong Coin Collector that describes his experiences related to collecting coins.

People already in line at 9:40am 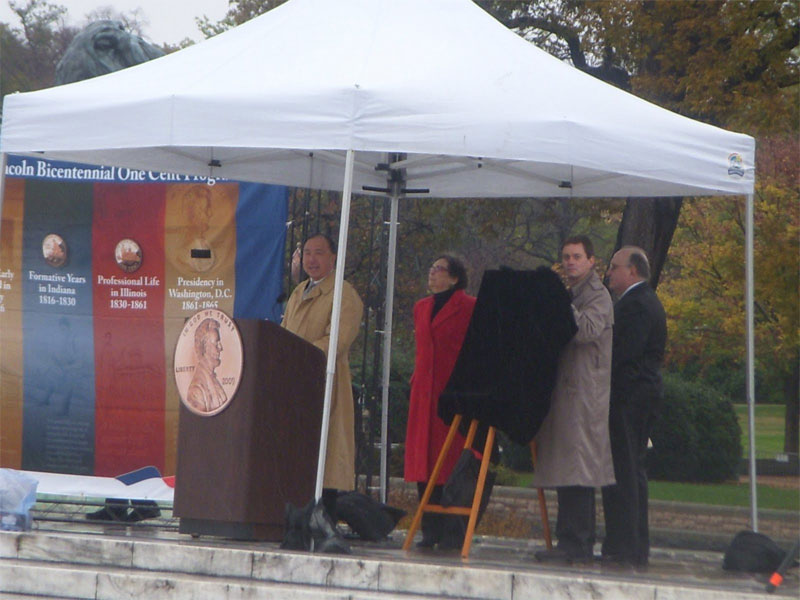 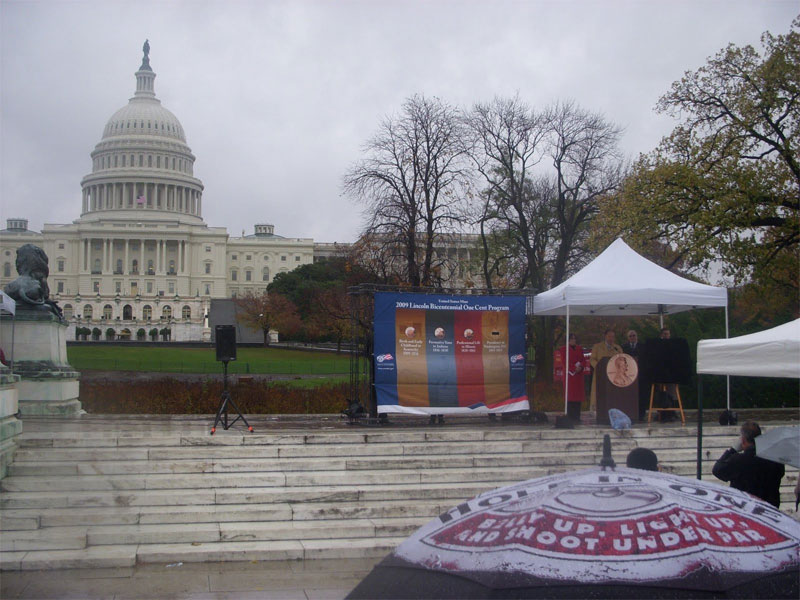 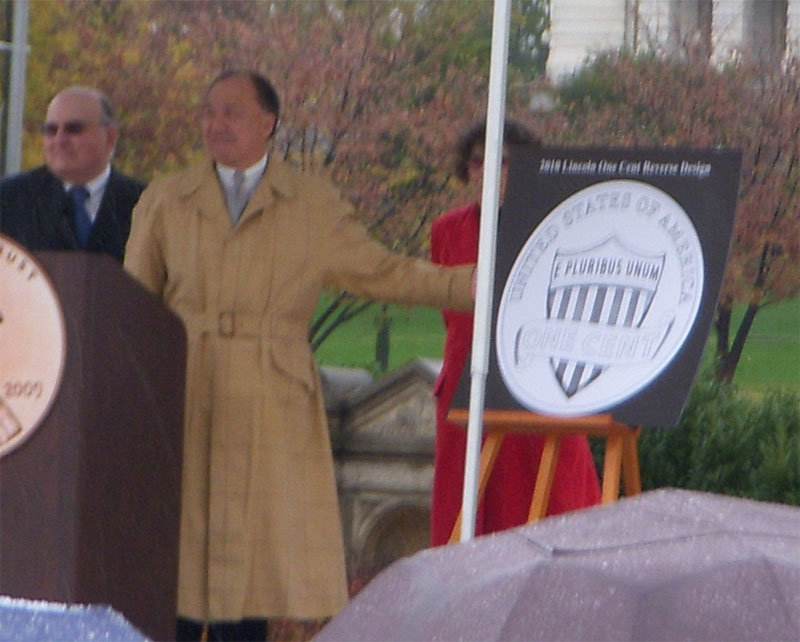 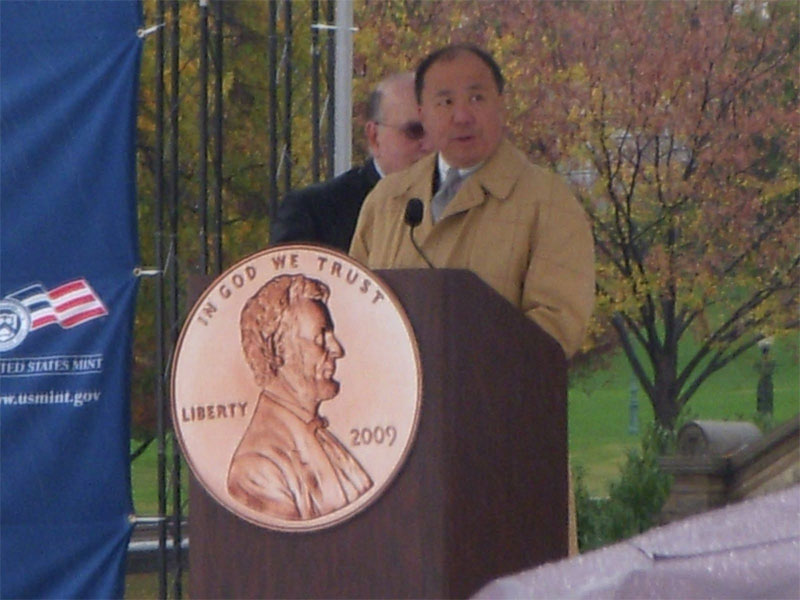