(Lincroft, NJ) — Legend Rare Coin Auctions presented their 32nd Regency Auction, conducted as the official auction for the PCGS Members Only Show in New Orleans. Featuring over 630 lots, this auction included a separate session for silver dollars, held Wednesday, May 15, while type coins and gold were offered on Thursday, May 16. Important collections were offered, including the Pug Collection, the Issaquah Estate, selections from the Vanderbilt Collection, the Wolverine Collection, the Northern Lights Collection of Proof Buffalo Nickels, and other very impressive properties from many different consignors. 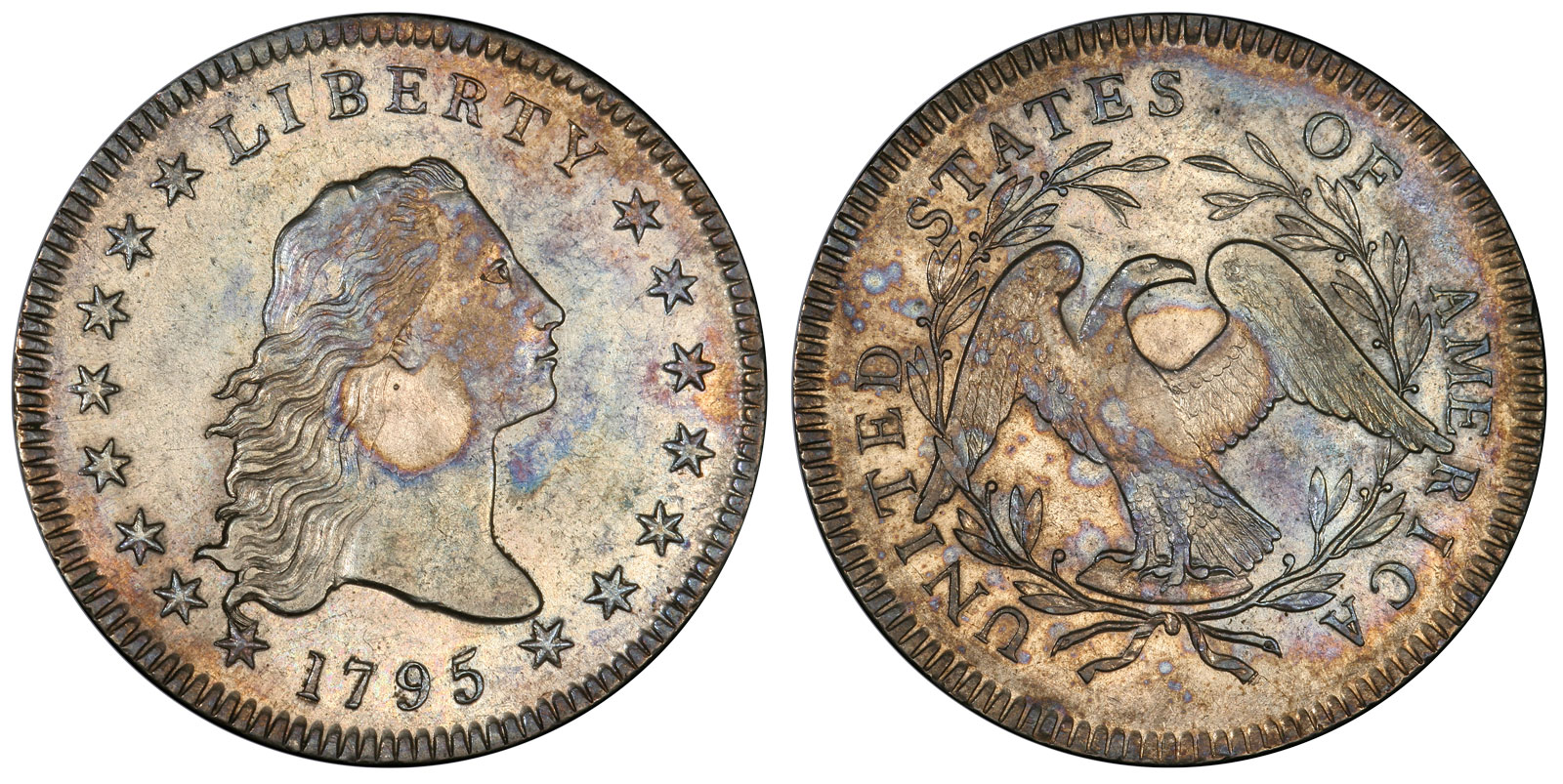 The auction began with tremendous strength when lot 1, a very stunning finest known silver plug that was close to Mint State 1795 silver dollar, sold for $129,250. This very important coin has a pedigree that dates back to the late 1800s, and has been thought to possibly have been the first 1795 silver dollar struck. However, the top-grossing coin of the auction was lot 493, the famed “Supernova” 1857-S double eagle from the wreck of the S.S. Central America. Because of its intense, natural toning and lofty MS-67 grade, this coin has been the “poster coin” for all of the second round of the S.S. Central America. It garnered a record price of $282,000. NOTE: all prices realized include the auction’s 17.5% buyer’s premium.

“We knew this sale was going to be very successful,” said LRCA President Julie Abrams. “From very early on interest from potential bidders was intense. From the moment lots were posted to our website, bidders were out in force with presale bids.”

Adding to this commentary, Terryann Catalupo, the auction director, said:

We had lot multiple lot viewing opportunities around the country, including highlights at the Central States Convention and a full lot viewing at PCGS’s Public Friday event, as well as appointments in our office, and these events were all packed. This came out once we set up lot viewing in New Orleans as well, with standing room only and a line waiting to view coins. All told, we yet again achieved record registrations and bidder participation.

“This crowd joined us both nights in the auction room, bidding in person,” Ms. Abrams continued. “One collector commented to me how the bidding action reminded him of the ‘old days’ when you had to personally attend the sales. It was great to see! The venue helps, as New Orleans is an underserved area for its collectors, so whenever the PCGS Members Only Show comes to town, the local collectors come out in droves.” 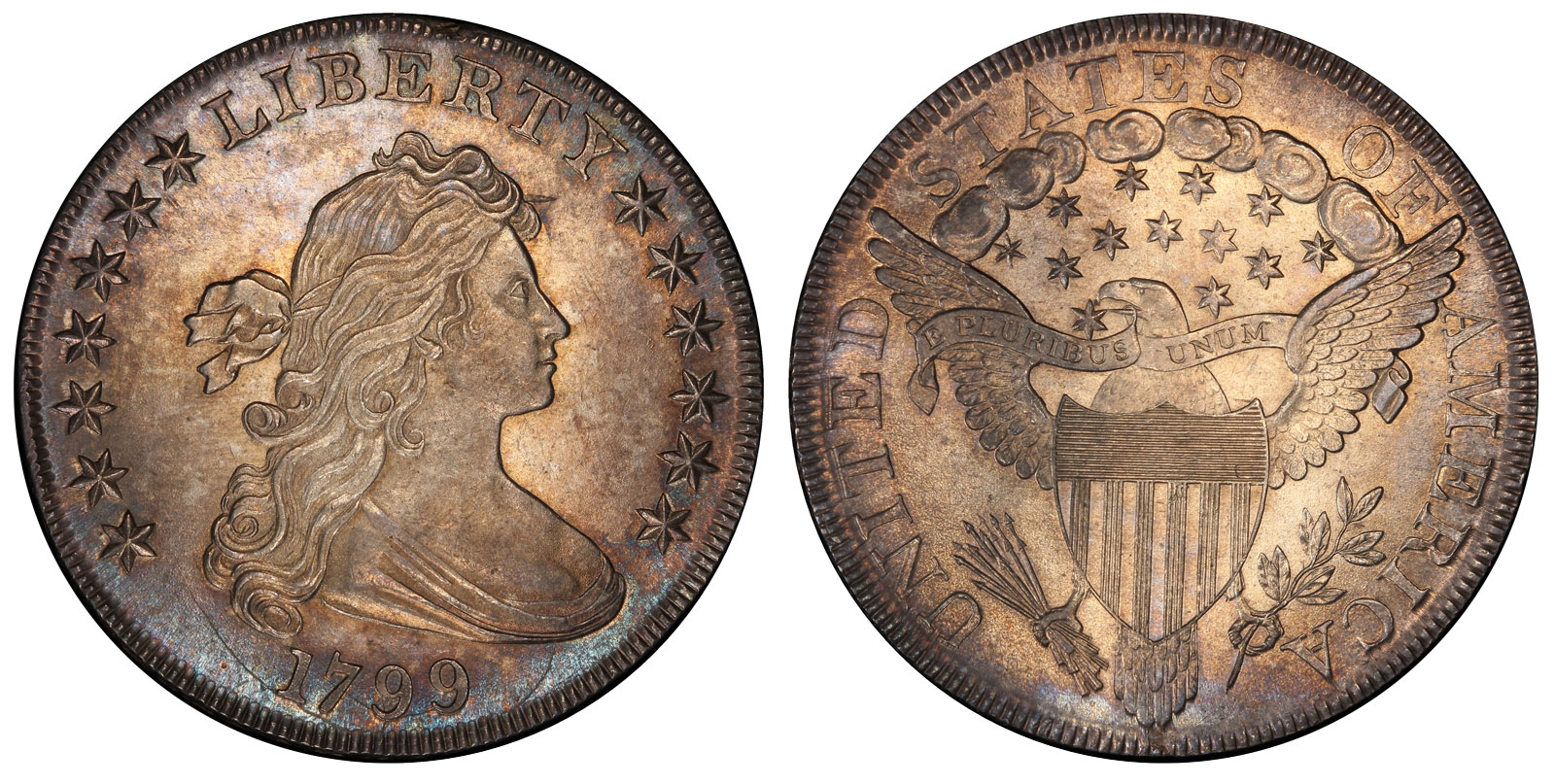 “The market right now is very quality focused,” said Laura Sperber, the firm’s partner and founder. “We have always been quality focused, but we are seeing that now, coins that are all there are bringing very strong bidding. The strength of the bids was directly linked to the quality. We saw that the PCGS coins with CAC brought the more consistent strong bidding. Also, freshness counts. The coins of the Issaquah Estate collection did very well, as most of those had been off the market for a decade or more. Wolverine Collection coins, likewise, if they were older purchases that were PCGS graded, with CAC and did very well. The numbers speak for themselves, just look at these highlights:” 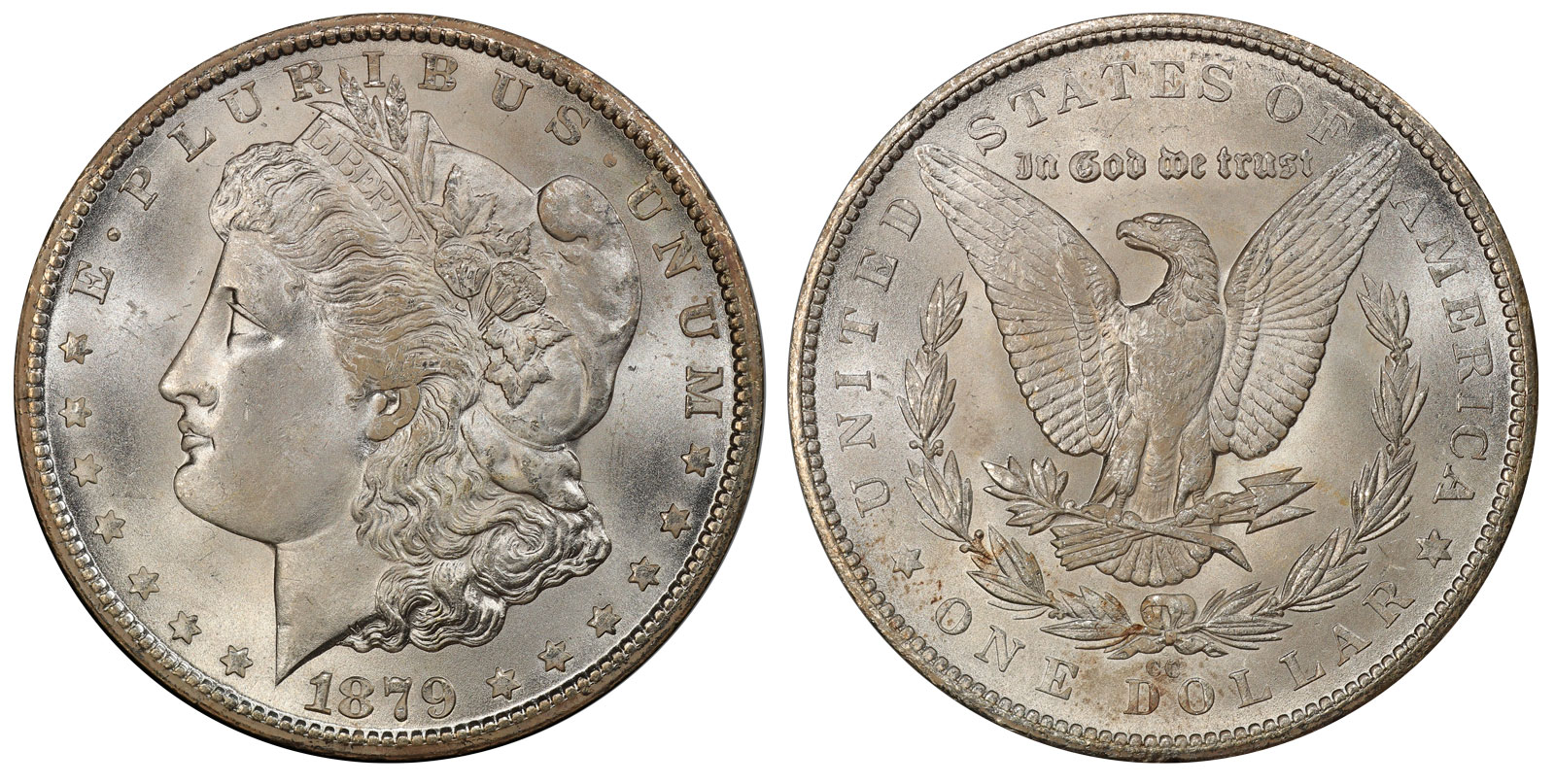 “Right now, the market is starved for great, quality coins,” explained Laura Sperber. “Today, it does not matter if you are buying a $600 classic commemorative or the absolute finest graded Superb Gem rarity, you have to pay up for quality. This is especially true in this current two-tier market. Add to that PCGS has really tightened up, you know that prices for high-end coins not only must go up, but actually are in venues like auctions.”

“Consignors rushed over to tell us how amazed their coins did in the sale, that they have already sent us coins for our June Regency Auction. After 32 Regency Auctions,” continued Julie Abrams, “buyers and sellers have come to expect consistently great coins and results from our small, boutique auctions, which offer top-quality and strictly vetted U.S. coins. During the two-day Regency Auction, yet again, neither side was left disappointed.” 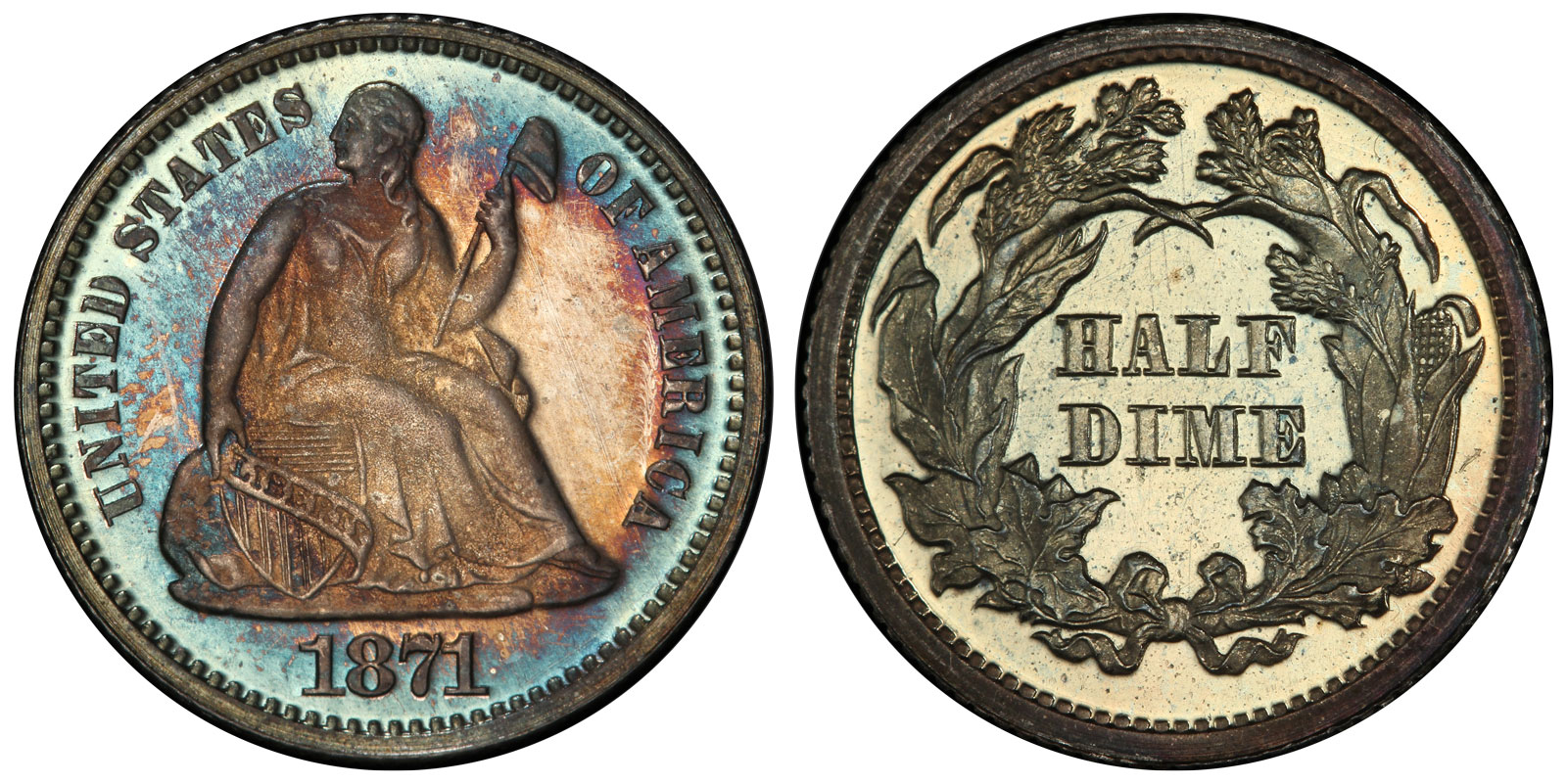 Legend Rare Coin Auctions’ next Regency Auction, number 33, will be held on June 27 in Las Vegas. It will be a “do not miss” numismatic event! We’ll be posting highlights shortly. We will also be bringing highlights to the Baltimore Show.

Legend Rare Coin Auctions is a boutique numismatic auction company specializing in some of the finest and rarest U.S. coins. Founded in 2012 by Laura Sperber, the owner and president of Legend Numismatics, the premier rare coin retail firm. LRCA was, from the outset designed to be a different kind of rare coin auction firm. LRCA’s staff of numismatic auction industry veterans includes Julie Abrams, president; Greg Cohen, senior numismatist; and Jessica Berkman, consignment coordinator. The firm’s Regency Auctions serve as the official auction for the PCGS Members Only Shows, held six times per year. Since its founding, LRCA has sold many important collections, resulting in world-record prices, including the Coronet Collection of Morgan Dollars (#1 all-time PCGS set); the David Hall — Bob Simpson Collection of Liberty Head Eagles; the Sunnywood-Simpson Collection of Morgan Dollars; the Phil Flannagan Collection of Territorial Gold, Toned Dollars, and 1795 coins; duplicates from the Gerald Forsythe Collections of Buffalo Nickels and Mercury Dimes; the Bob Simpson Collection of Standard Silver Patterns; the Northern Lights Collection of Monster Toned Morgan Dollars; the Crow River Collections of Indian Head $10s and Peace Dollars; the P.F.M Collection (former #6 PCGS Set of Morgan Dollars with varieties); the Oak Crest Collection of Carson City $5 gold; the Konstantine Collection of Capped Bust Half Dollars, the #1 PCGS Set of Red Book varieties, 1807-1836. The firm’s impressive record also includes the second highest APR in 2016 with the sale of Bob Simpson’s duplicate 1879 $20 “Quintuple Stella,” which realized $1,880,000. To consign to an upcoming auction, visit our website and contact a consignment specialist today.