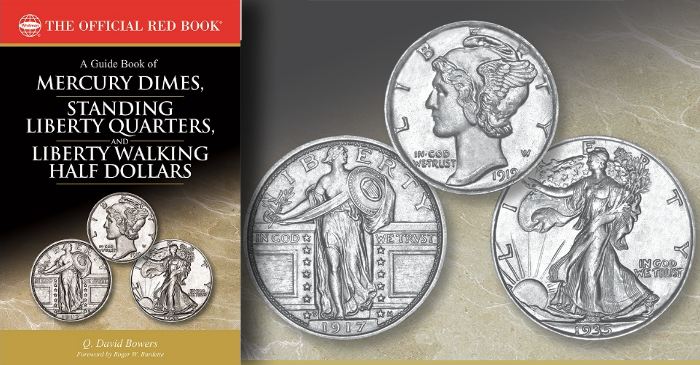 The first volume of the “Bowers Series” of numismatic references—the Guide Book of Morgan Silver Dollars—was published in 2004. As of 2019 that initial volume plus the two dozen that followed it have comprised more than 8,000 pages of information on U.S. copper half cents through gold double eagles, Proof sets, commemorative coins, tokens and medals, and other numismatic collectibles. 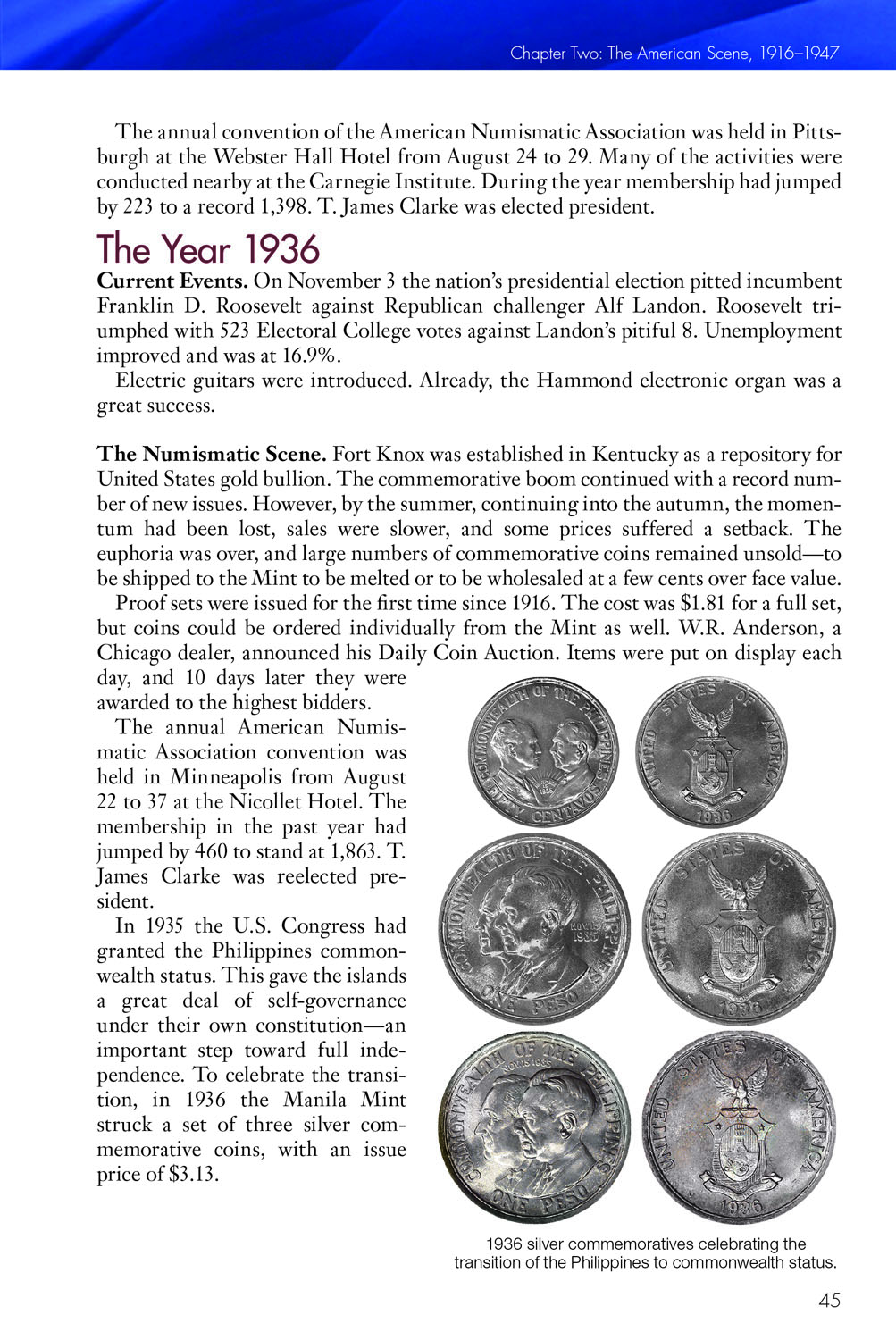 Within that impressive lineup, in July 2015 volume 18 added three of the most popular U.S. coins ever minted—the Mercury dime, the Standing Liberty quarter, and the Liberty Walking half dollar. 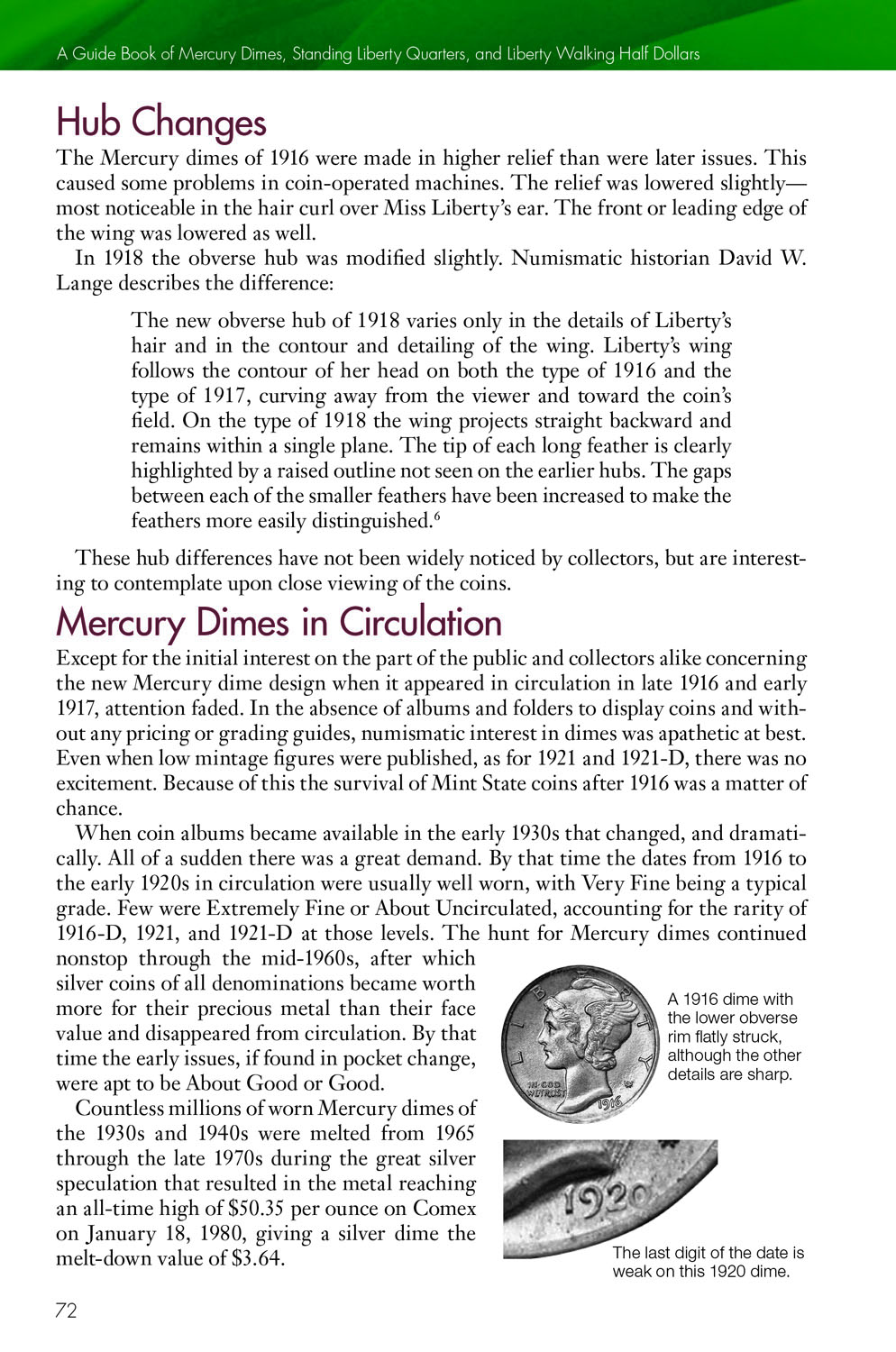 The popularity of these three coin types has long been on our radar at Whitman Publishing. How could it not be? Collectors have bought thousands of Whitman blue folders and albums to save one coin from every date and mint. We get phone calls and letters asking about the coins and their die varieties, how to grade them, and how much they’re worth. For years we referred our readers to the Guide Book of United States Coins (the hobby’s “Red Book,” which covers every U.S. coin series), to various books that describe grading or that study one or another of the individual coin types, or, for more detailed exploration of die varieties, to the Cherrypickers’ Guide. 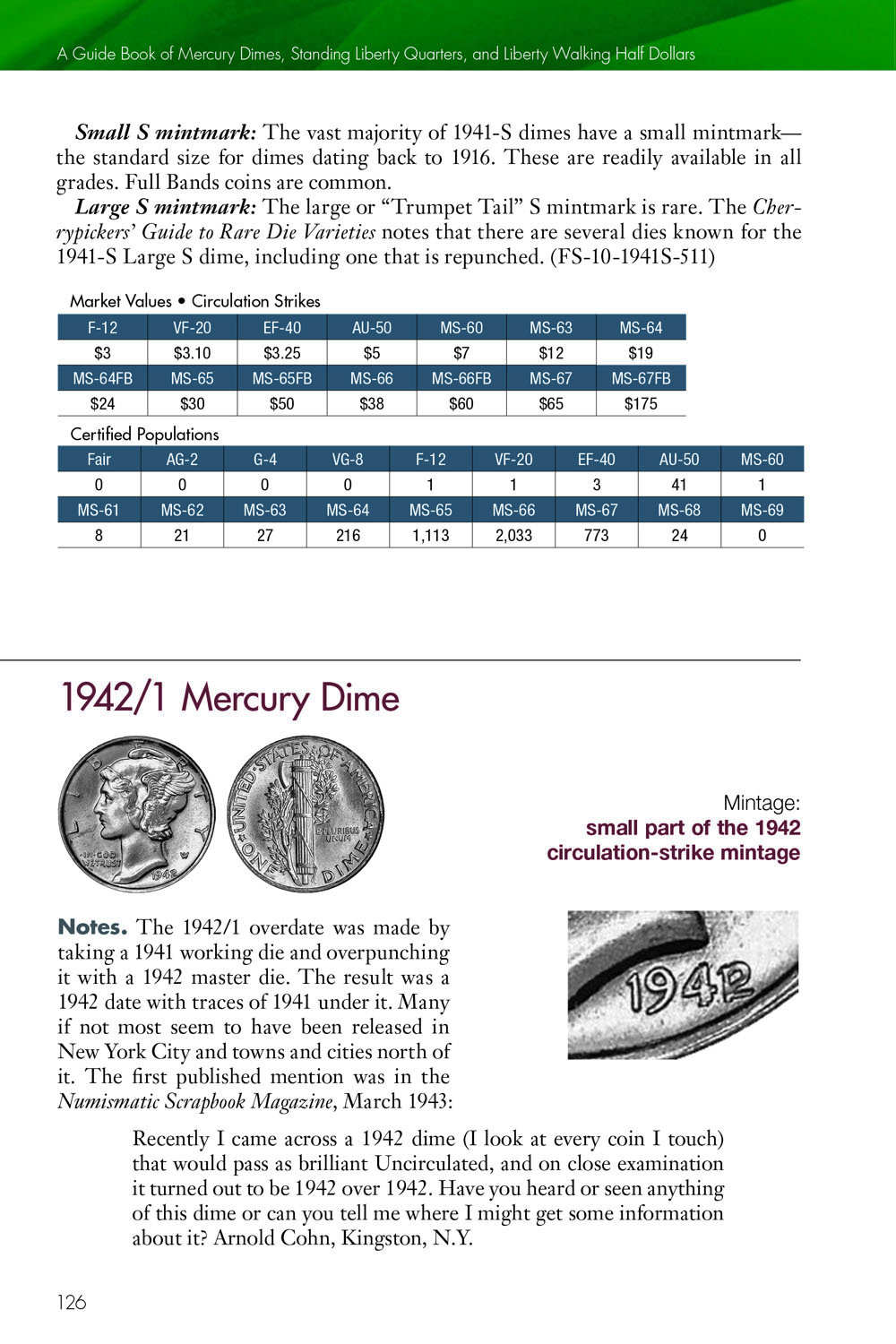 With volume 18 of the Bowers Series, collectors have another standard reference—one that brings everything together in a single resource—the Guide Book of Mercury Dimes, Standing Liberty Quarters, and Liberty Walking Half Dollars. 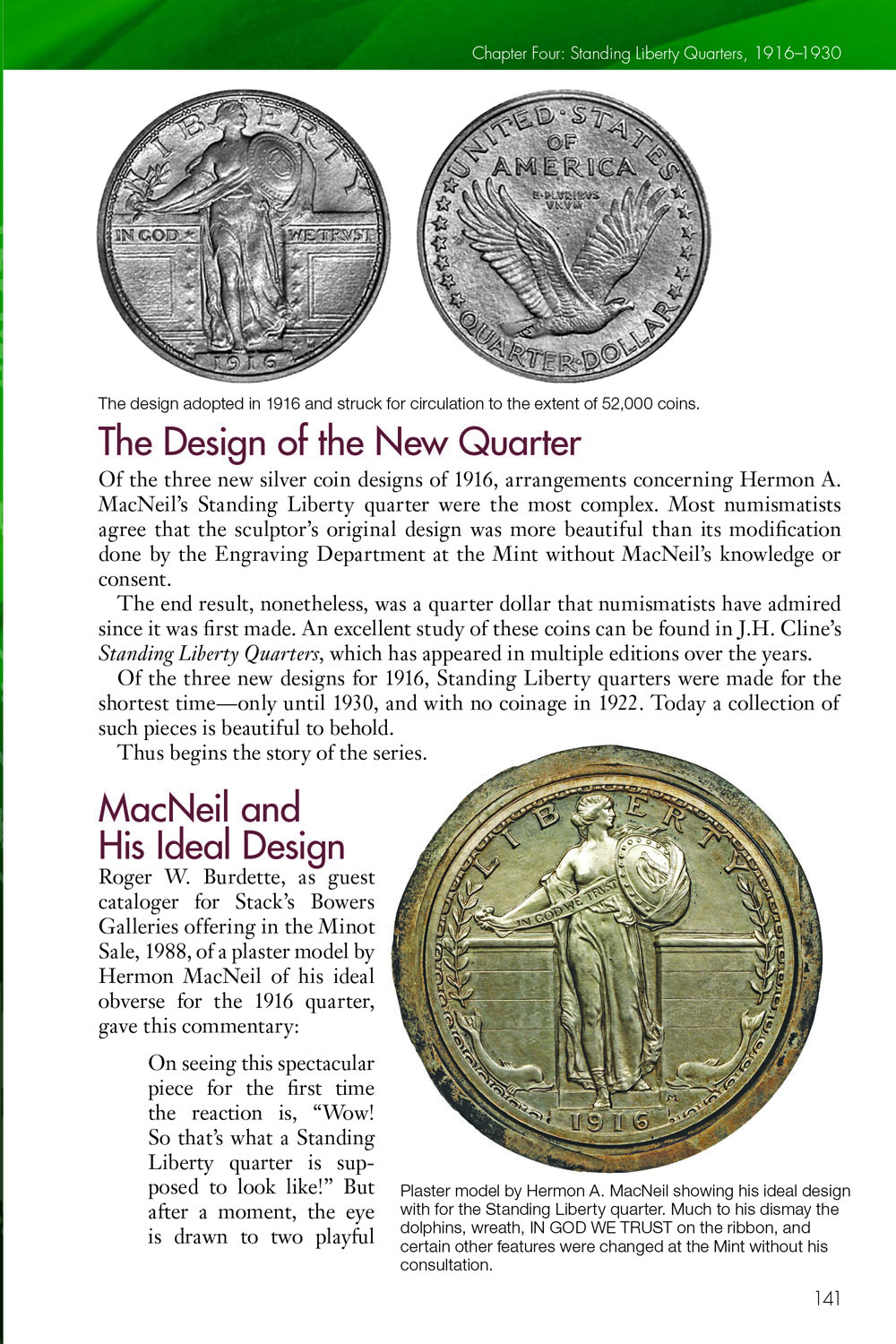 The decision of how to present these coins to the hobby community wasn’t lightly made. Our intent with the Bowers Series is to study the most popular coin types in books that are affordable, logically organized, and valuable to the reader. These goals brought certain questions to the fore. In 2014, we had 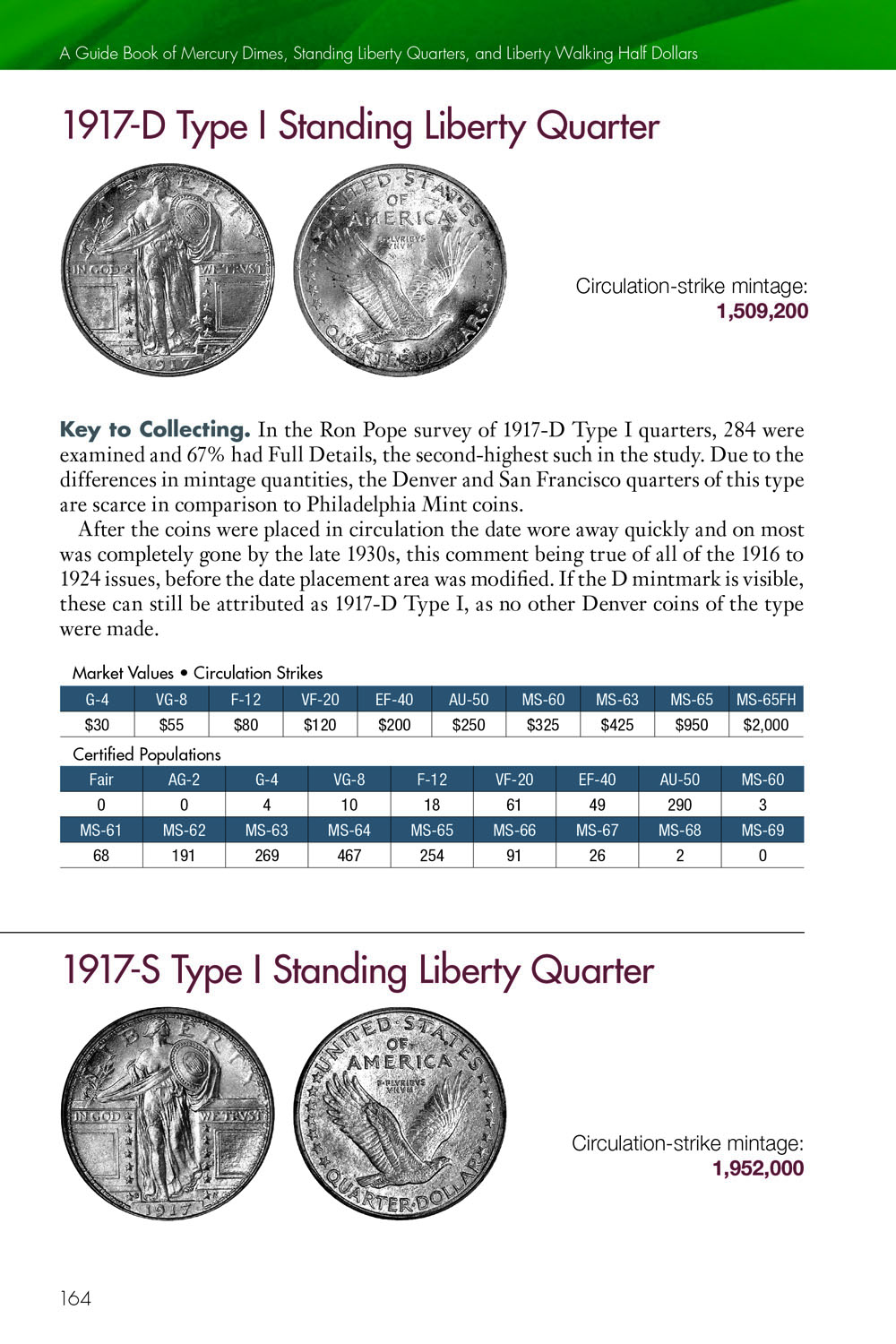 Would it make sense to create a Guide Book of Mercury and Roosevelt Dimes, covering the last 100 years of that denomination in a single reference? 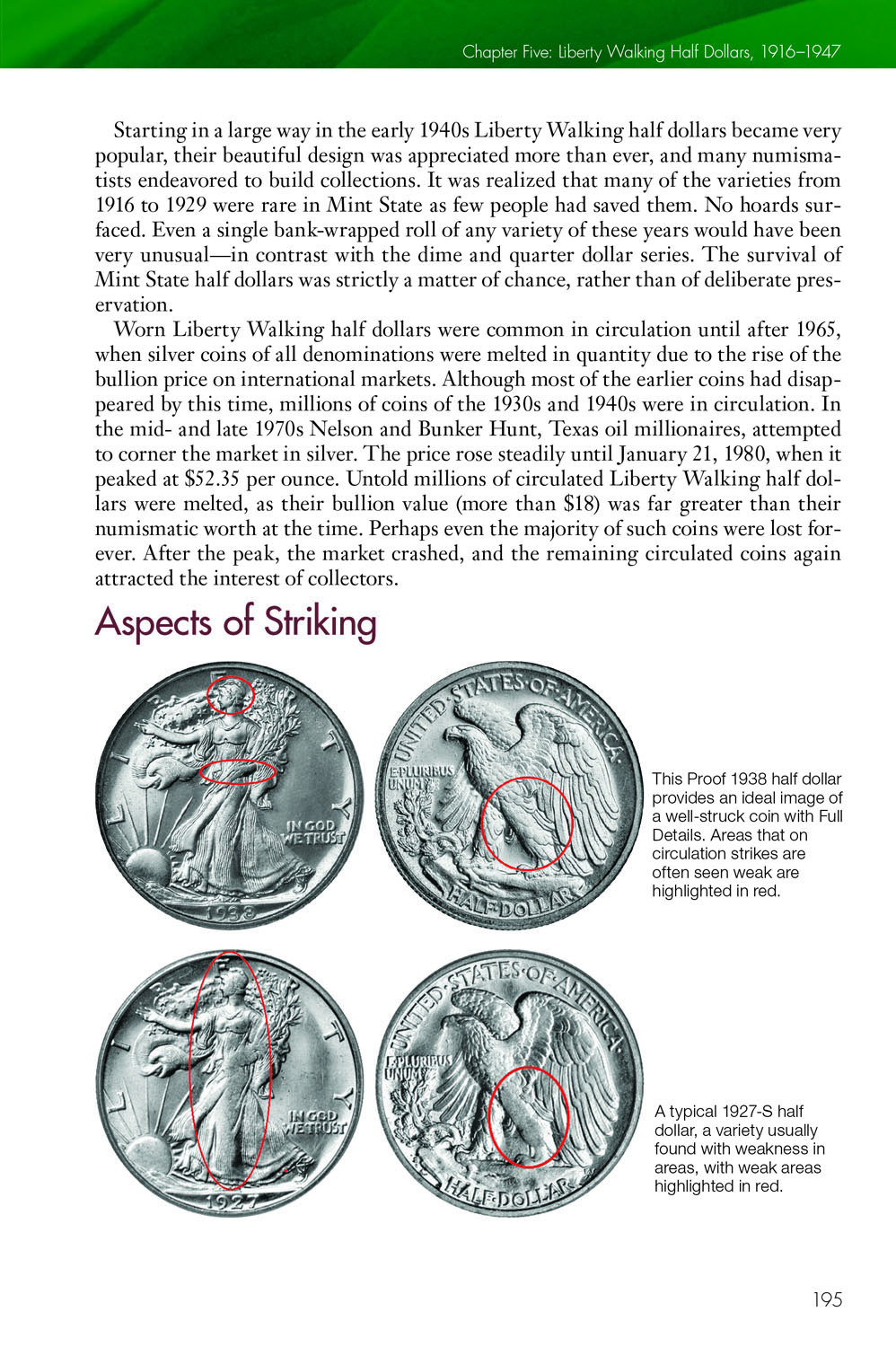 And what to do with the Standing Liberty quarter? Modern quarters, of 1932 to date, were already accounted for, and we knew we would be covering Barber silver coins (dimes, quarters, and halves) all together in a single upcoming volume. That left the Standing Liberty quarter somewhat orphaned—a relatively short series spread over a span of 15 years, comprising fewer than 40 major date/mintmark varieties, certainly not enough to fill their own 300-page book. 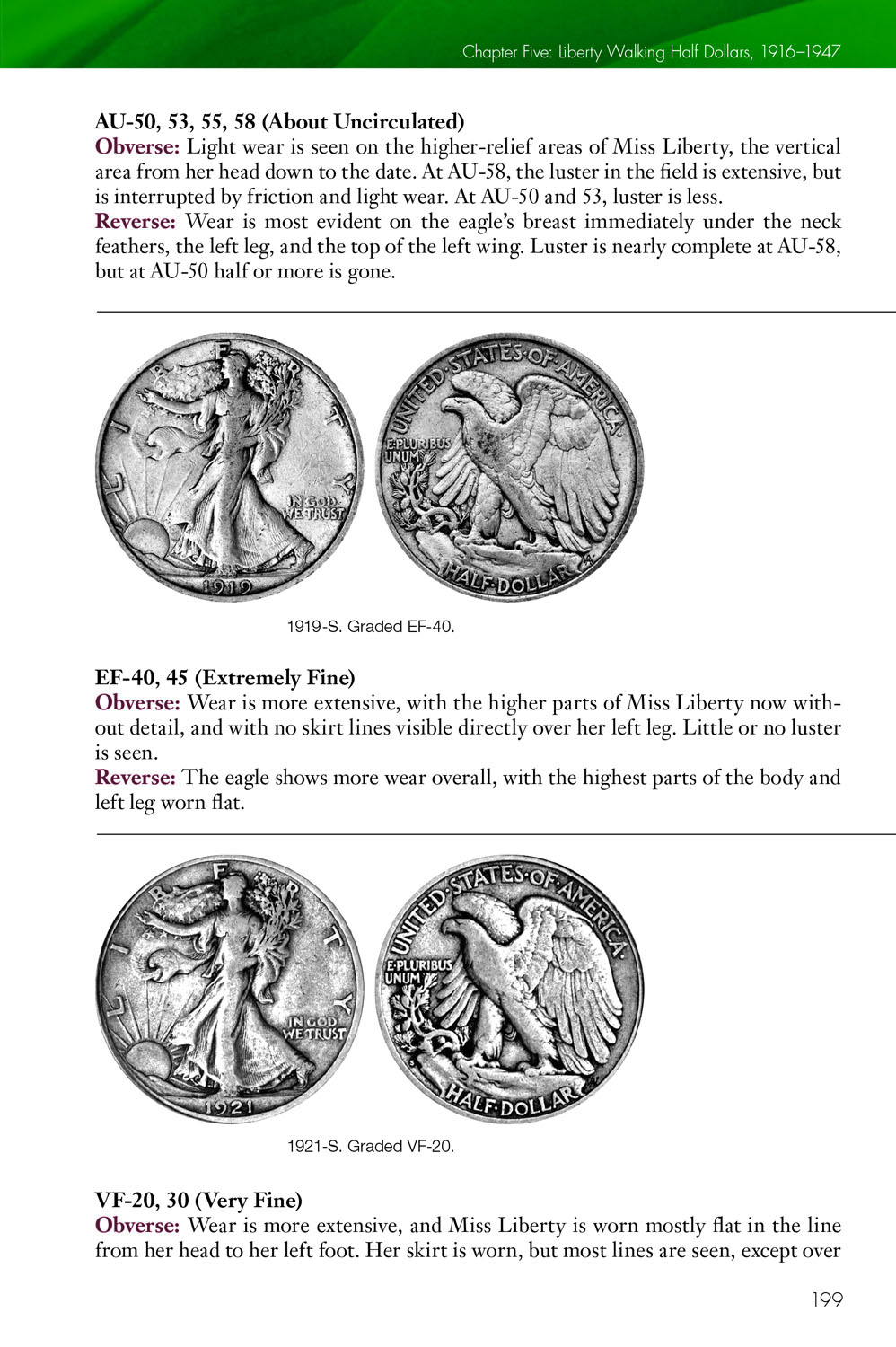 A similar question lingered for half dollars, with the Bowers Series already covering that denomination from the present day back to 1948. 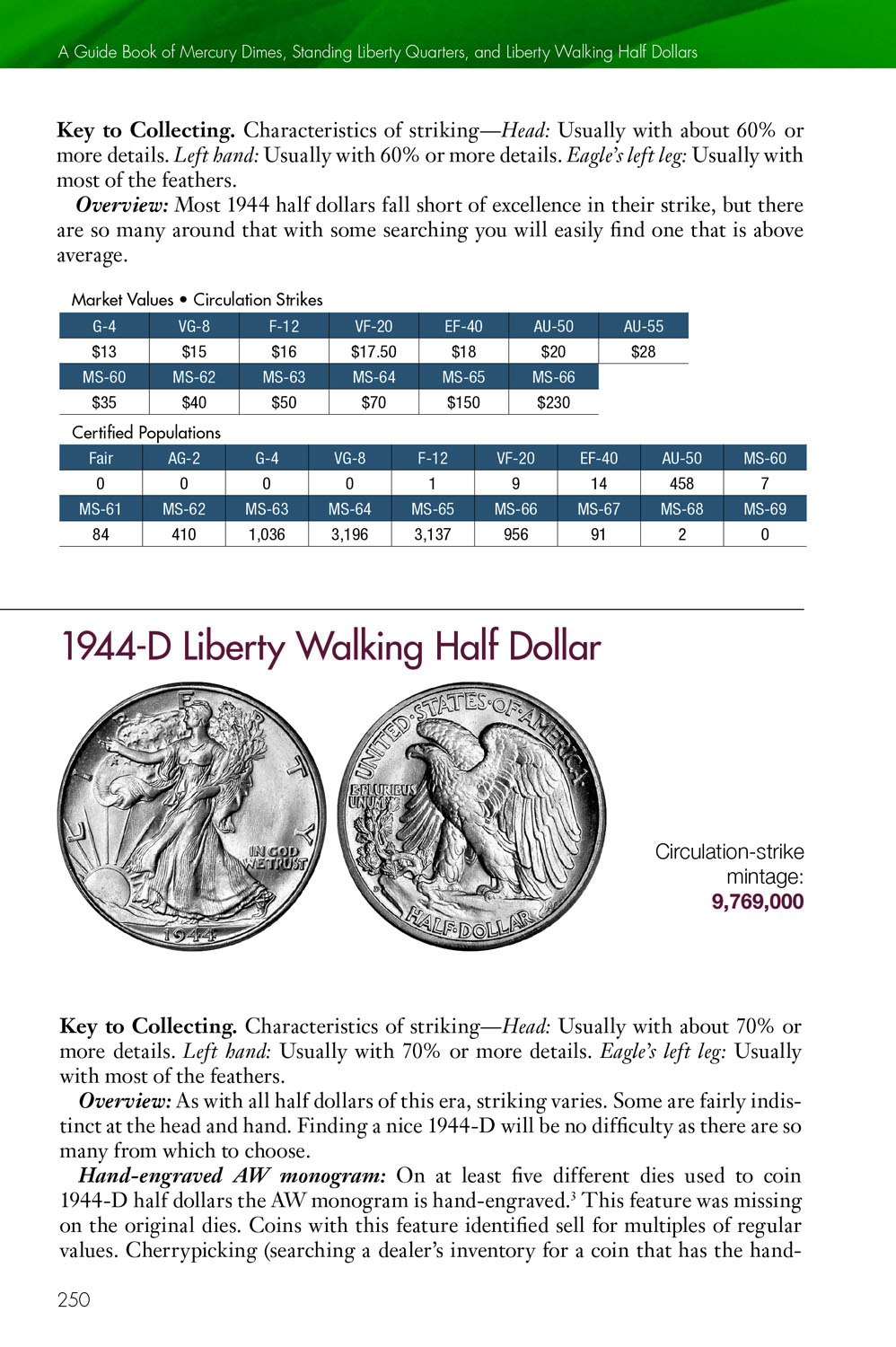 I believe our final decision—to present these three coins together in a single volume—was a sound one. Mercury dimes, Standing Liberty quarters, and Liberty Walking half dollars were all part of the elegant “Renaissance of American Coinage” (as Roger W. Burdette termed it in his award-winning book series), the early-1900s rebirth of great U.S. coin design. All three were workhorses of American commerce in their heyday, which spanned from 1916 into the 1940s, from a world war to a gilded age of progress, then through the depths of an unprecedented economic depression and a second global conflagration. 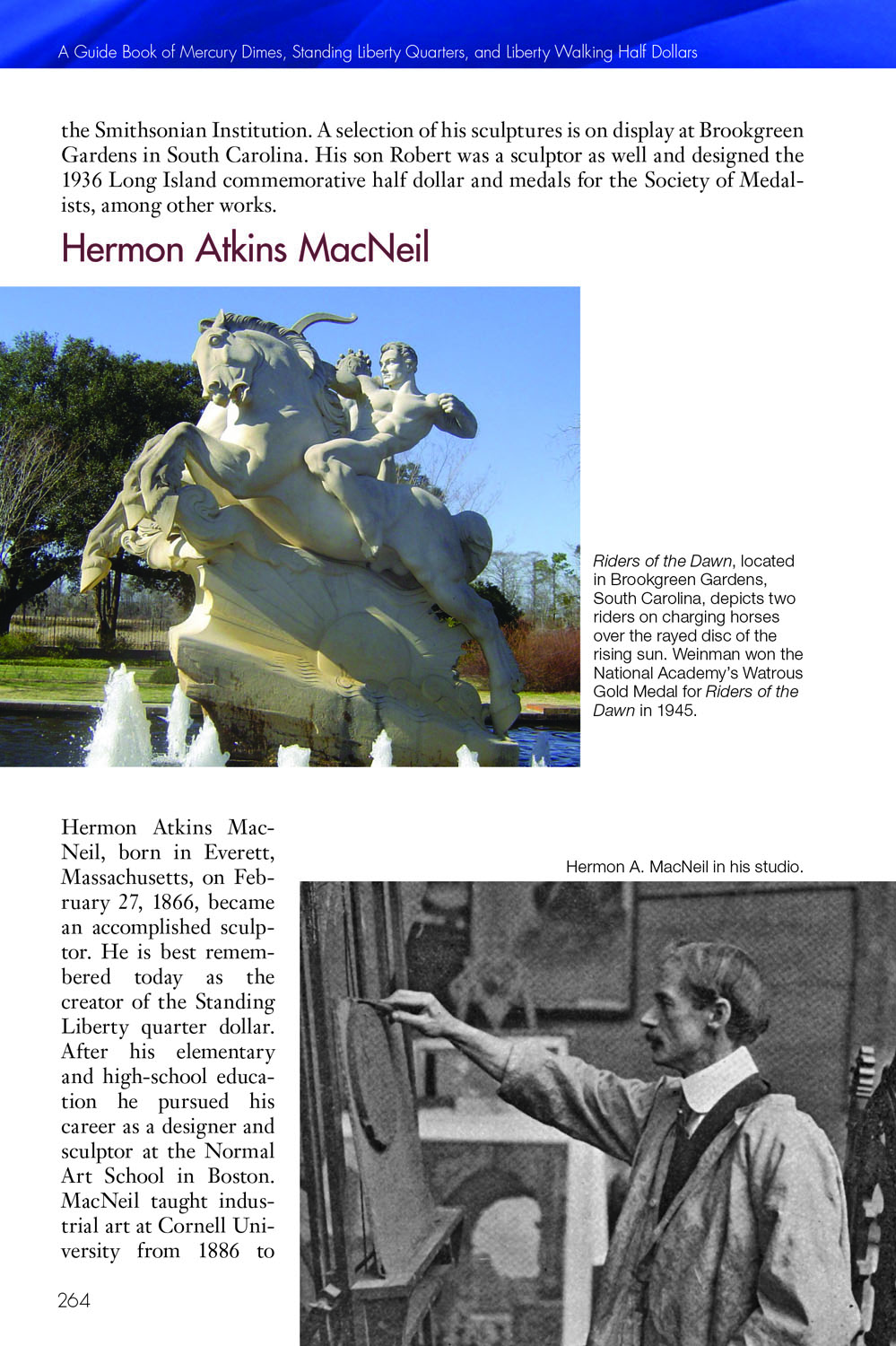 The motifs of these working-class coins are widely ranked among America’s greatest numismatic designs. They speak to the viewer in a way that the older, grim-faced Barber coins never did, in a way that today’s modern presidential-portrait coinage certainly doesn’t. Their appeal is not just the sentimental feeling they invoke, and it’s not just the vibrancy and action of their designs; it’s a combination of everything about them, their ineffable sense of history as well as their old-fashioned but still very robust physicality. We look at them and we think, This is the United States of America. 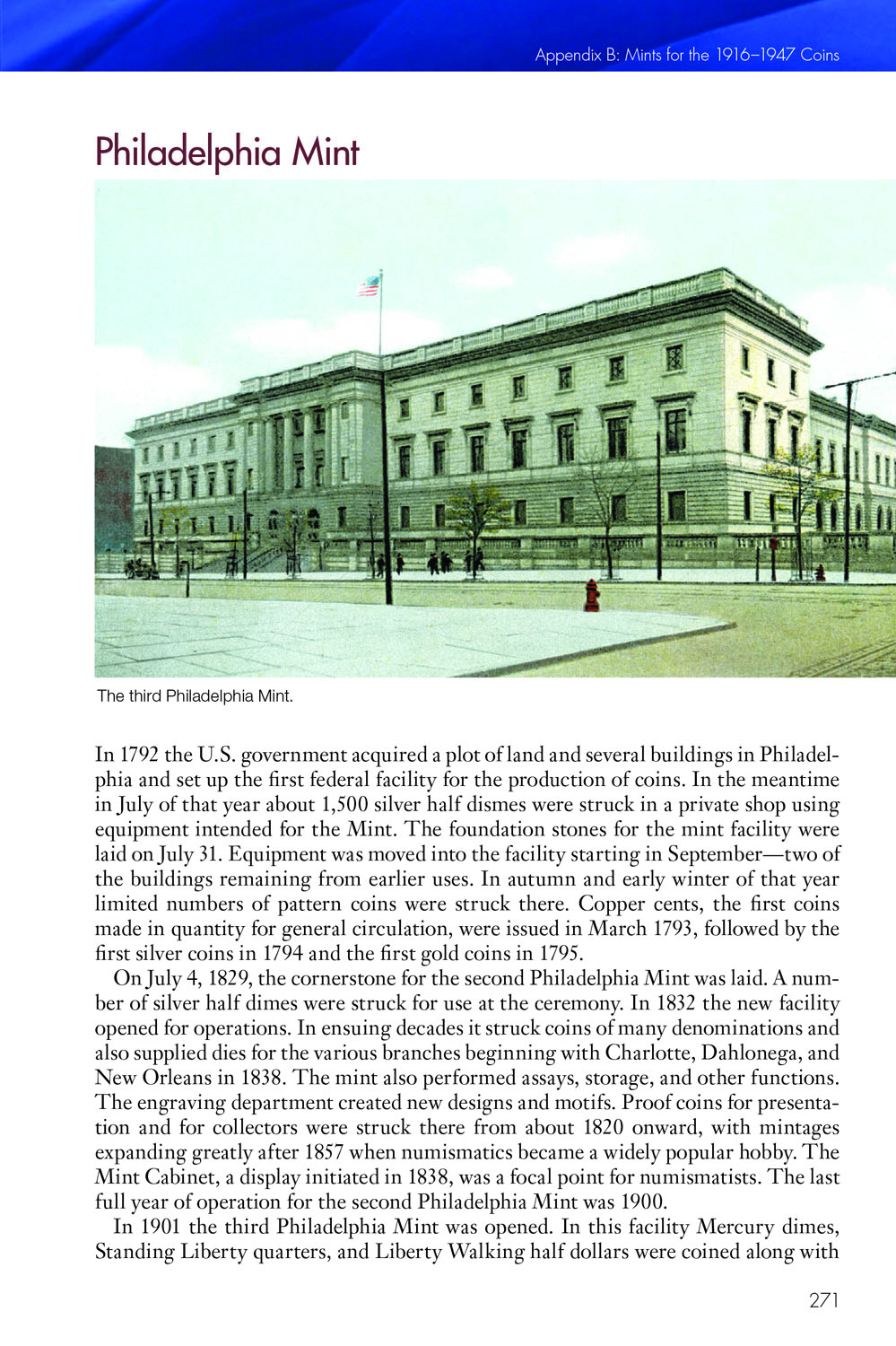 If a Grandpa of a certain age had a cigar box or candy dish that he tossed his pocket change into, chances are good it held a few of these silver pieces. Today they are commonly found in inheritances of old coins—perhaps studiously assembled and proudly displayed, perhaps jumbled haphazardly with vintage bus tokens, World War II ration tokens, and other pocket change. To the community of active hobbyists they are solid “collector” coins, sought by thousands of enthusiasts. Casual collectors fill the holes in their blue folders, eagle-eyed specialists seek out the scarcer die varieties, and deep-pocketed aficionados compete to build the finest registry sets. 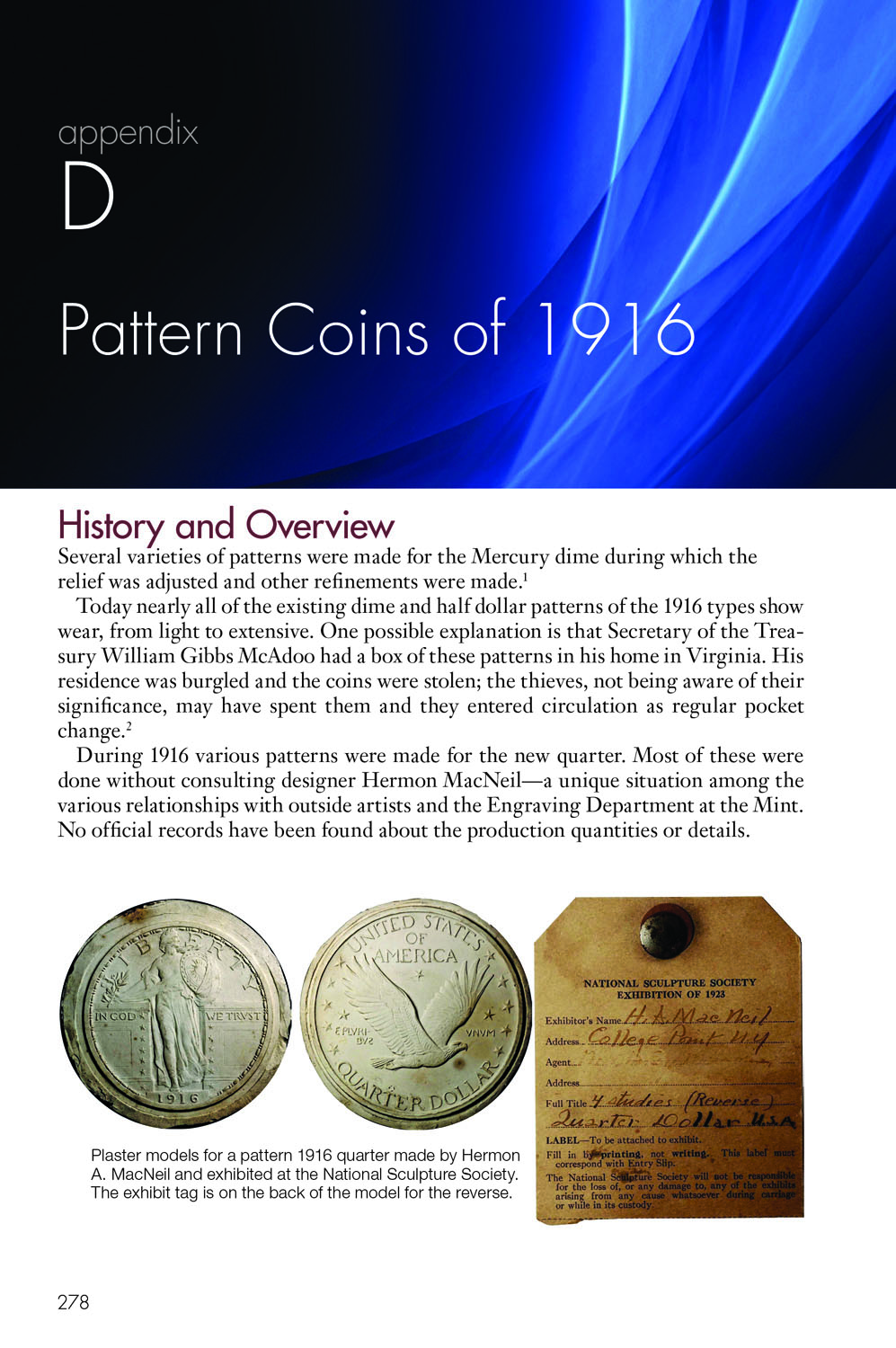 For all these reasons—the historical connection of the three coins, their representation of an important generation and era, their unique place in the wider world of American numismatics, and their longstanding popularity among coin collectors and the general public—we decided to combine them into a single standalone book for collectors and historians. 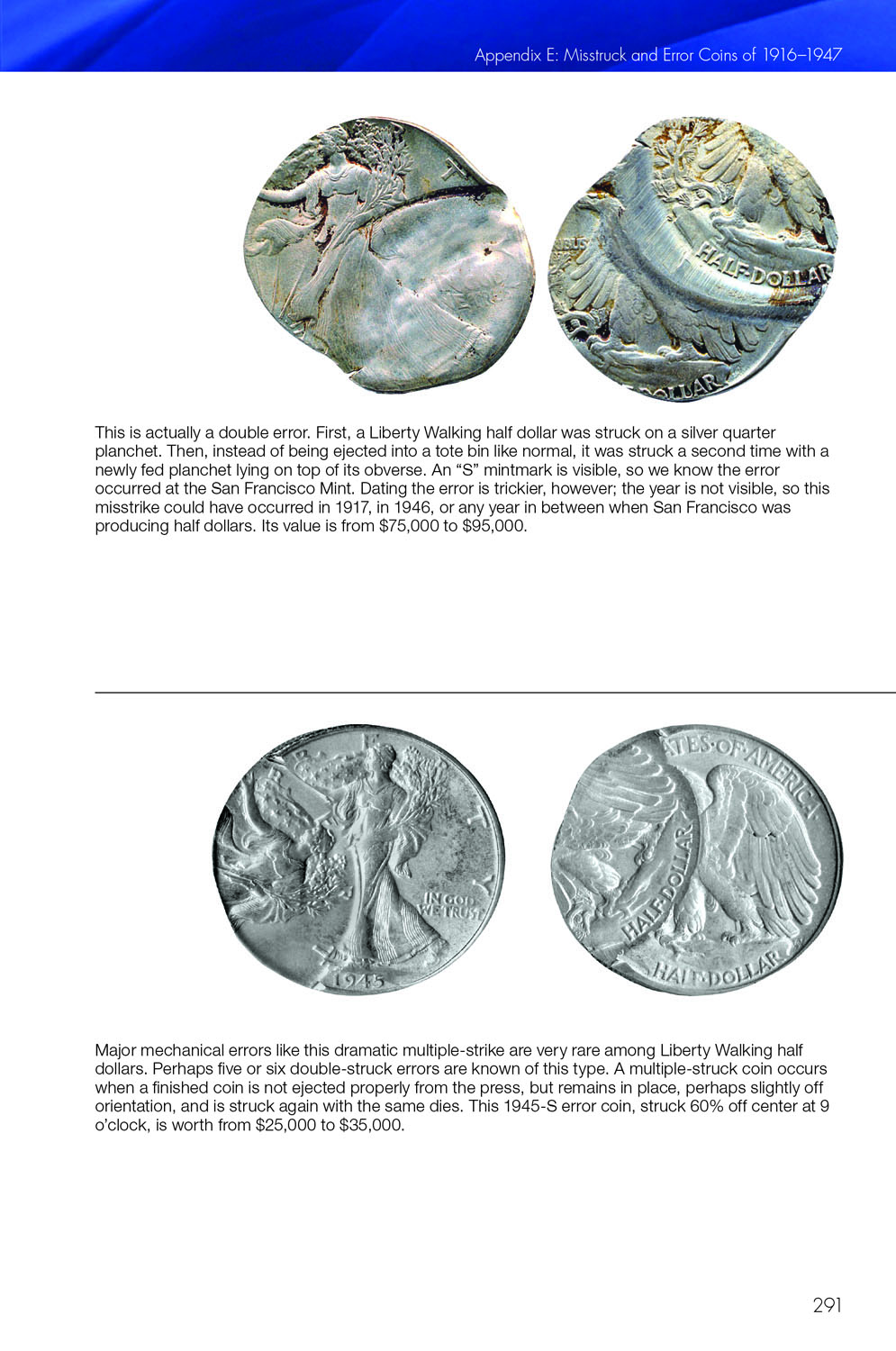 Naturally the perfect author for this subject was Q. David Bowers himself, the “Dean of American Numismatics,” after whom the Bowers Series is named. The most widely published numismatic author and researcher of recent generations, Bowers marshals his resources to bring his readers technical, historical, and market-oriented knowledge unavailable in any other single book. The Guide Book of Mercury Dimes, Standing Liberty Quarters, and Liberty Walking Half Dollars is the culmination of more than 60 years of research and study, designed to immerse you in the world of these fascinating coins, make you a smarter and more savvy collector, and prepare you to build the greatest coin collection possible. 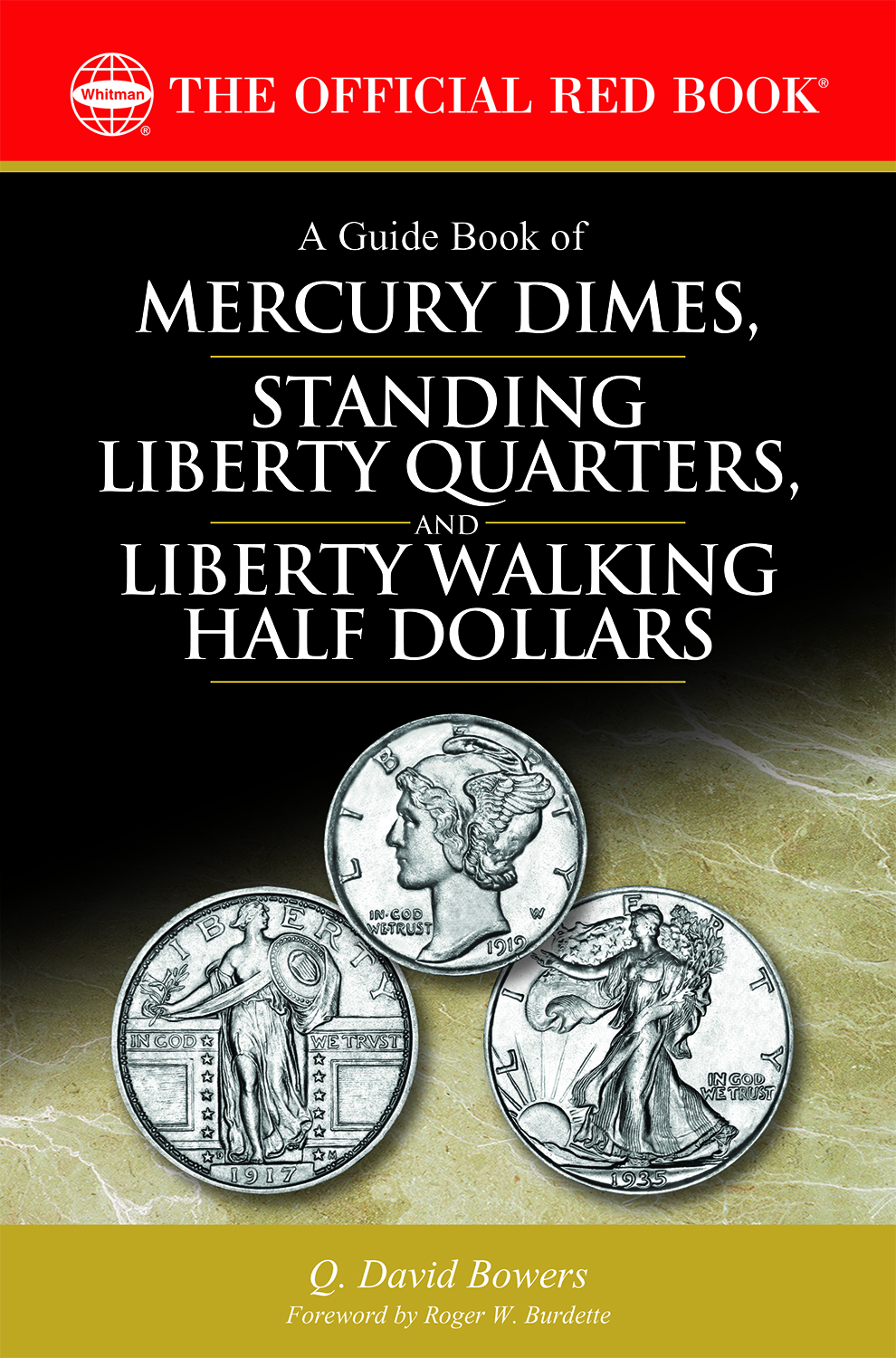 Bowers on collecting: Glories of the numismatic past