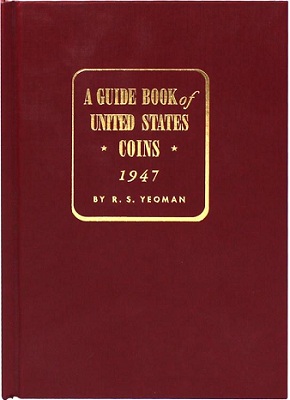 Our third narrative comes from Lincoln W. Higgie III, a numismatic writer, translator, and fine arts dealer who has written for the Red Book and Numismatic News.

In October 1938, Richard S. Yeo approached my father, Lincoln W. Higgie Sr., with questions concerning numismatics and coin collecting in general. Yeo had come to Racine from his native Milwaukee to work for Whitman Publishing Co. and was given the “penny boards” section of the children’s games department to develop and expand.

My father was a founder of the Racine Numismatic Society, and he invited Yeo to accompany him and my mother to a coin convention being held in Des Moines, Iowa. A few weeks after that convention I was born. In later years, with so very many coin conventions behind all of us, there were numerous stories about the destiny of those people driving off to Iowa together in the autumn of 1938.

My parents’ birthdays were August 24 and 25, just about a week after Yeoman’s. Every year they exchanged birthday cards and letters. In his last birthday letter to my parents in 1987, Yeoman fondly recalled that trip to Iowa and their friendship during the years that followed.

How excited my father was when the first Guide Book of United States Coins appeared! Yeoman had brought copies to the Racine Numismatic Society meeting, and the results were electrifying. Over the years, how many times Daddy would be reading that book and say, “I still can’t believe that this man came to ask me about numismatics and coin collecting. Look at what he has accomplished!”

Yeoman remained faithful to the Racine Numismatic Society and to the many friendships he made there. He encouraged young people like me and the sons of other members to attend meetings, picnics, banquets, and other club events. Usually he had a “story coin” to show us. It could have been a widow’s mite, piece of eight, or his wonderful 1848 CAL. quarter eagle, whose story he would relate. Thus he would lead us to higher levels of intellectual study and collecting pleasure well beyond the completion of a penny board. His tastefully mounted exhibitions of story coins at major coin club functions were fascinating to collectors and non-collectors alike.

Although Yeoman himself never collected any coins in a Whitman coin album, he realized that there was a large audience for that product. He edited and produced a wide variety of coin albums for collectors. He would bring the latest album to a coin club meeting and suddenly some of the “wise eyes” collectors would rush out to get the key dates for whatever new series was going to be collected in this way. Clever pressmen and typesetters in the plant liked being able to “get in early” on a series of coins as well. Yeoman enjoyed creating a collecting frenzy every so often, and it would perk up the sales of Whitman albums or books.

Growing up as I did with collectors as family members and Yeoman as a mentor, I was hopelessly hooked on numismatics. My brain filled up with coins and their stories from Croesus to the Franklin half dollars. Ties of friendship were nurtured to other collectors, dealers, and experts which proved to be among the most rewarding of our lifetimes.

High school and university studies in Wisconsin and Germany were always enhanced by the added historical and art-historical knowledge I had gained through numismatics. After my graduation from the University of Wisconsin, Yeoman asked me to work for him as an editor and writer. My dreams had come true! Happily, I have a gift for writing, and with Yeoman’s coaching I learned a great deal more. By the end of 1961 I had written and edited several books, and it was time for me to return to Europe. Yeoman helped me to get a position as foreign correspondent for Numismatic News with our good friend Chet Krause, and off I went.

As I visited numerous royal and national coin collections in Europe and the Near East as a newspaper man, I was always well received because I was a protegé of R.S. Yeoman. The finest European numismatic scholars openly admired Yeoman as a pioneer with a gift for organizing and presenting not only American but also world coins in such a lucid fashion. They saw that he was the best working example for future generations to follow in promoting our hobby.

By virtue of his intelligence and interest in numismatics, he taught millions of people an appreciation of history, art history, and economics via numismatics. No assemblage of professors could claim to have educated so many people in this way. 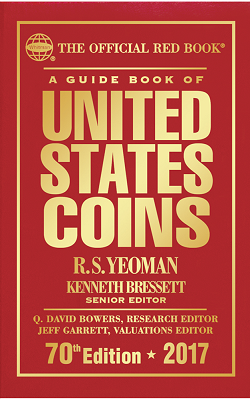 Yeoman understood that the history of every nation is reflected by its money. Price guides had been printed before he came along, but he understood how to explain in very precise language the story of the coins. He told you where the coins fit into the picture puzzle of the nation’s history, to the delight of the scholar and common man alike. He also told you what to pay for a coin and got you looking for a rare date or mintmark in your change. He had created the basic formula for the success of a coin book in modern times.

However, as important as it is to appreciate Yeoman as an author who was a pioneer in his literary style, we must also admire his talents as a businessman and manufacturer. He had to learn about the printing trade and the functions of the typesetter, pressman, binder, and shipper. He had to know how much and what kind of paper, ink, bindery materials, and glue to order, and when to schedule new press runs. Then he would go to coin conventions to find reliable people to wholesale and retail his books and coin supplies. These people often profited greatly from Yeoman’s favors. Likewise, they frequently had good suggestions from which Yeoman would prosper.

Yeoman learned to do a lot of jobs, and he had to do them all right. As his success grew and the responsibilities multiplied, he needed full-time professionals to shoulder various responsibilities. For him it was a lucky day when he found Ken Bressett.

Ken had grown up as a printer in Keene, New Hampshire. At an early age he had fallen in love with numismatics. Add to this the gift of an expressive writing style as sharp as Yeoman’s. He understood how to work with collectors and dealers as well as typesetters, pressmen, and binders to deliver a quality product. To this list of qualifications add a lovely wife who helped entertain collectors and dealers at coin shows where Whitman was represented.

For many decades Bressett has maintained the integrity of Yeoman’s Guide Book and has expanded its scope with changing times. Thanks to both these scholars, it remains the most trusted and widely read collector reference book ever written. Its formula for coin-book text and layout is the accepted standard of excellence, not only for Whitman books but also for the outstanding works of Yeoman’s old friend Chet Krause.

My collection of Yeoman books continues to be a source of happiness. Like revisiting an old friend, I’ll read them over again from time to time. The memories come back, and I can see Yeoman at his desk, deep in thought with one of his workbooks, polishing a sentence to define and immortalize a coin for his readers. I also see us with a typesetter who has pulled the individual lead letters out of a type case, has put them on his “stick,” and is assembling a page of cold lead type. These typesetters were all prima donnas, but Yeoman and Bressett knew how to flatter them to get a nice job. Some typesetters were coin club members and would later point with pride to various pages of the Red Book which they had set with Yeoman’s approval. A lot of people in Racine, Wisconsin, also took pride in their part of the success story of Yeoman and his wonderful books.

So I thank Dick Yeo and Ken Bressett for the many good things they did for me personally and for illuminating the lives of other people who love numismatics.