On July 9, Heritage Auctions organized a Signature Sale in conjunction with the summer FUN show, held in Orlando, Florida. Offered were a wide variety of numismatic items, some of which we covered in our preview. In this recap we will discuss some of the most noteworthy results from the sale, ranging from high grade nineteenth century rarities to seldom encountered and somewhat obscure coins. 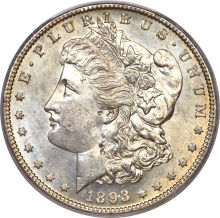 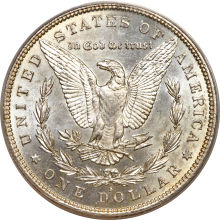 The first lot we will discuss is a coin that rarely needs an introduction in the midst of coin enthusiasts. Lot 3230 in the Heritage Auction was a very rare, seldom offered 1893-S Morgan Silver Dollar certified as MS-63 by PCGS. The 1893-S is the famous key-date of the series with a mintage of just 100,000 coins. Most survivors are in well-circulated grades, and uncirculated coins are of the utmost rarity. As mentioned in our (preview), this coin in this grade had not been offered at public auction for several years. The coin received considerable interest at the auction, eventually selling for $282,000. This was about $140,000 more than the last time this coin sold at public auction in 2009, and almost $100,000 over the PCGS price guide value for an MS-63. 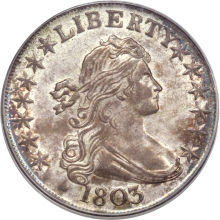 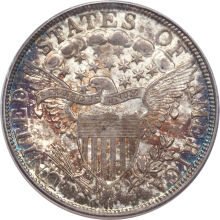 The Pogue collection, to be presented by Stack’s Bowers in numerous sales in the coming years, includes many high grade early American rarities seldom offered for sale. This does not mean, however, that such coins are not found elsewhere as well, though it is a rare occurrence. That it does happen, and that the Pogue sale prices are not the definitive indicator of today’s coin market, was proved by lot 3128, which contained an exquisite 1803 Draped Bust/Heraldic Eagle Half Dollar of the Overton-103 variety, graded MS-63 by PCGS and stickered by CAC. Selling for $99,875, the coin’s price was approximately 20 percent higher than what a similarly graded Pogue coin–albeit one from a different die pair–sold for a few months ago. 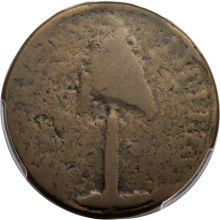 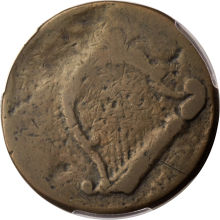 Not all high-valued rarities have to be high grade, as lot 3002 proves. Featured there was a 1776 New Hampshire Copper, graded Good-6 by PCGS and stickered by CAC, attributed to the Newman collection. An extremely rare colonial issue of which very little is known, it is generally assumed that a minimal number of pieces were struck and–as this piece attests–circulated during the revolutionary war. The coin sold for $94,000, the exact price it realized at the Newman sale in November of 2014, when it was still in an NGC VG-10 holder. 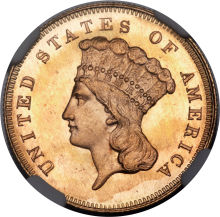 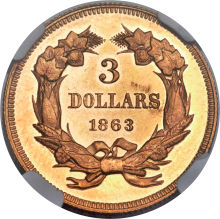 The Three Dollar Gold denomination was struck throughout much of the second half of the nineteenth century, but has been largely forgotten by the American public. Struck to facilitate the purchase of sheets of 3 cent stamps (the going rate for a first class letter at the time), the mintages of individual dates ranged widely, with many just numbering in the thousands. One such issue was offered as lot 3288: an 1863 three dollar gold piece struck during the American Civil War, certified MS-67 by NGC. While not the highest graded survivor of this issue (which had a mintage of just 5,000 coins struck for circulation), the coin is definitely in the condition census, which was reflected by its sale price of $61,700. 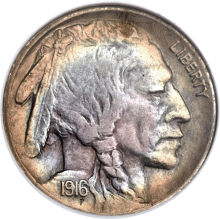 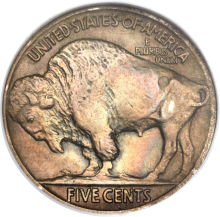 Doubled die varieties are always popular with variety collectors who realize the rarity of such coins, struck from a single die that shifted ever so slightly during that die’s production process, creating a double image of some of the design elements. Many collectors will be familiar with the 1955 Lincoln Cent Double Die; another famous double die is the 1916 Buffalo Nickel Double Die. Strongly doubled on the obverse, most notably on the date, the variety is considered to be very rare, and is seldom offered for sale in any grade. Lot 3049 in Heritage’s Summer FUN auction offered this variety in originally toned AU-58 condition, certified by NGC. With this variety being extremely rare in mint state, it should not come as a surprise that bidding on this lot was strong, with the coin selling for $49,350.

As we can see from this small sample of prices realized for this particular auction, it seems that true rarities continue to see an increase in demand, resulting in higher prices and a good sell-through rate overall. Rarities that have not been offered for sale in recent years (such as the 1893-S Morgan Silver Dollar in PCGS MS-63) continue to bring record prices, while coins that have been offered on a more frequent basis show prices much more consistent with expectations.

All prices mentioned include a 17.5% buyers premium, and the entire sale can be reviewed here. A printable list of all prices realized is also available.