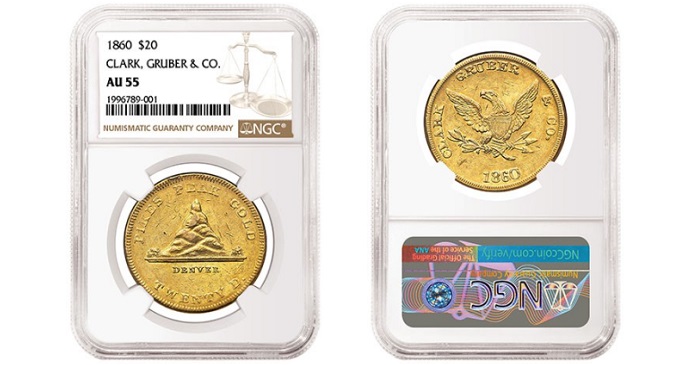 The Clark, Gruber & Co. 1860 $20 graded NGC AU-55 (lot 4531), which is one of about a dozen thought to still exist, realized $600,000. The coin was struck by a private minting firm: Clark, Gruber & Co. Founded by brothers Austin and Milton Clark, and Emanuel Gruber; the firm found a need for its services during a gold rush in the Denver region. The rendition of Pike’s Peak on the coin’s obverse was apparently executed by someone who had never seen the iconic Colorado mountain.

Another scarce gold coin featured in the sale was an 1862 Double Eagle graded NGC PF-65 Cameo (lot 3807) that realized $552,000. Only 35 examples were struck and fewer than a dozen are thought to survive. This particular coin came from the prestigious collection of Louis Eliasberg, who amassed the most complete collection of U.S. coins in the hobby. 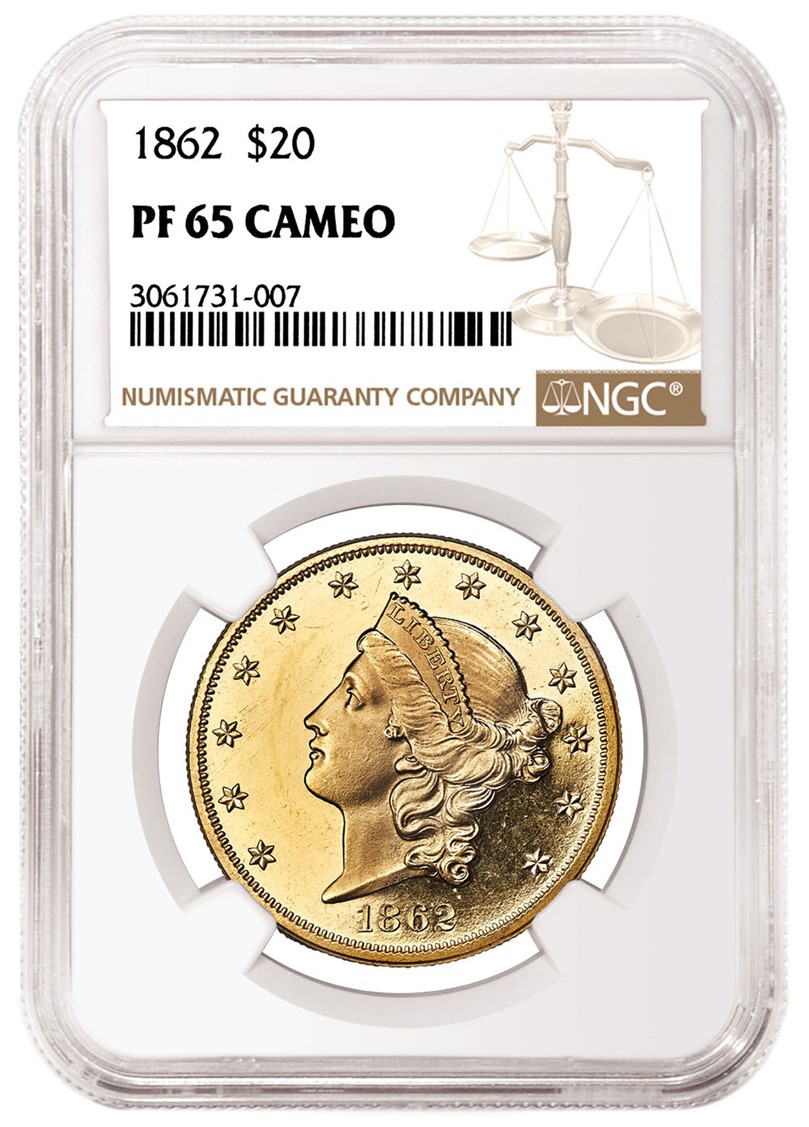 Desired among advanced numismatic collectors, an 1880 Coiled Hair $4 Stella graded NGC PF-61 (lot 4692) sold for $504,000. Fewer than a dozen 1880 Coiled Hair Stellas are believed to survive. The Stellas were struck with the aim of creating a U.S. coin to compete with foreign coins in the international market. But only a few hundred examples were struck with two designs over two years before the experiment ended. 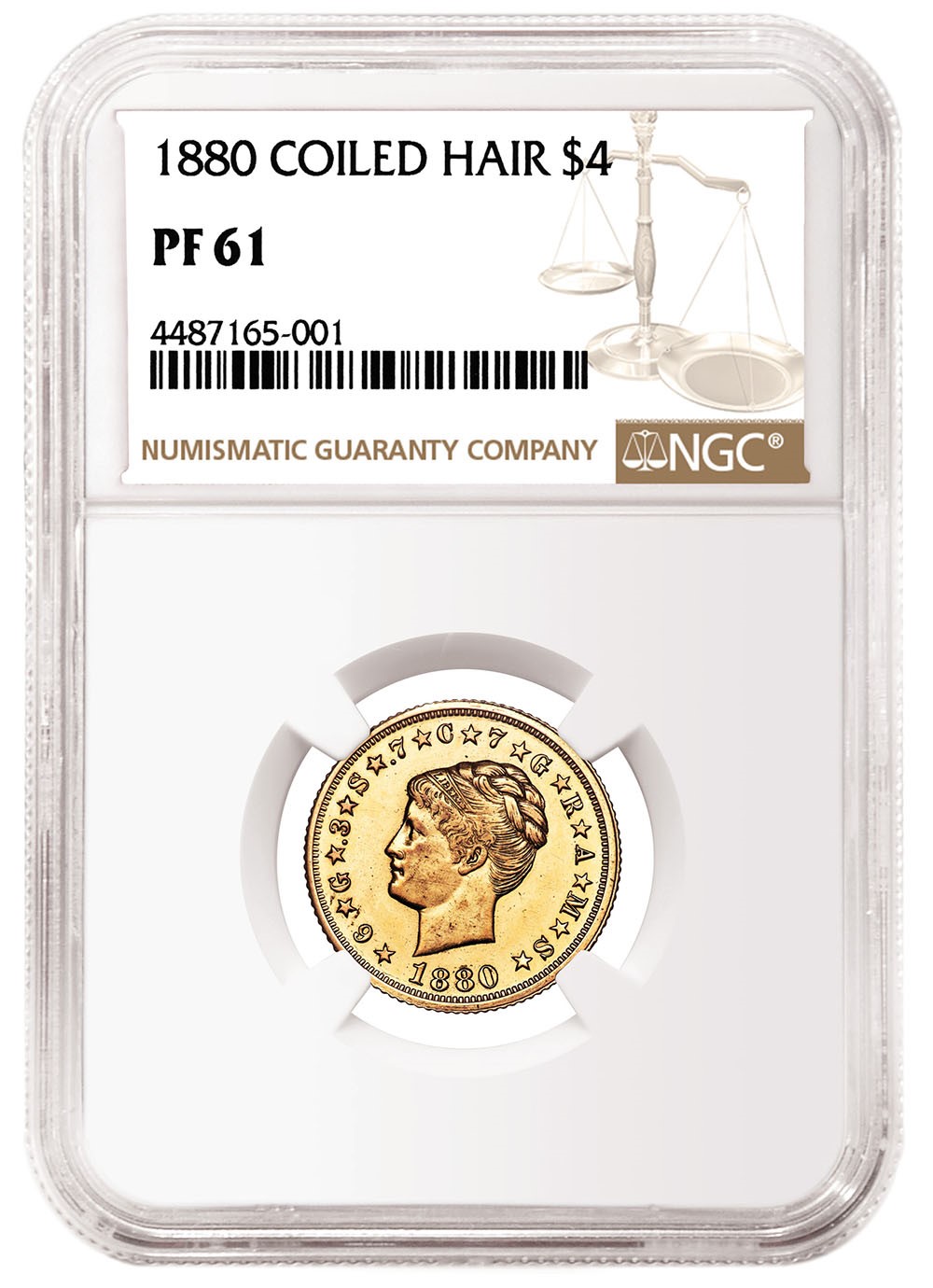 A territorial gold coin from San Francisco also had an impressive result in the sale. Realizing $480,000, the Dubosq & Co. 1850 $10 graded NGC MS-60 (lot 4489) is one of 10 examples known to still exist. These gold coins were minted by a jeweler named Theodore Dubosq. In 1849, he relocated from Philadelphia to California to start a private mint during the famous gold rush. 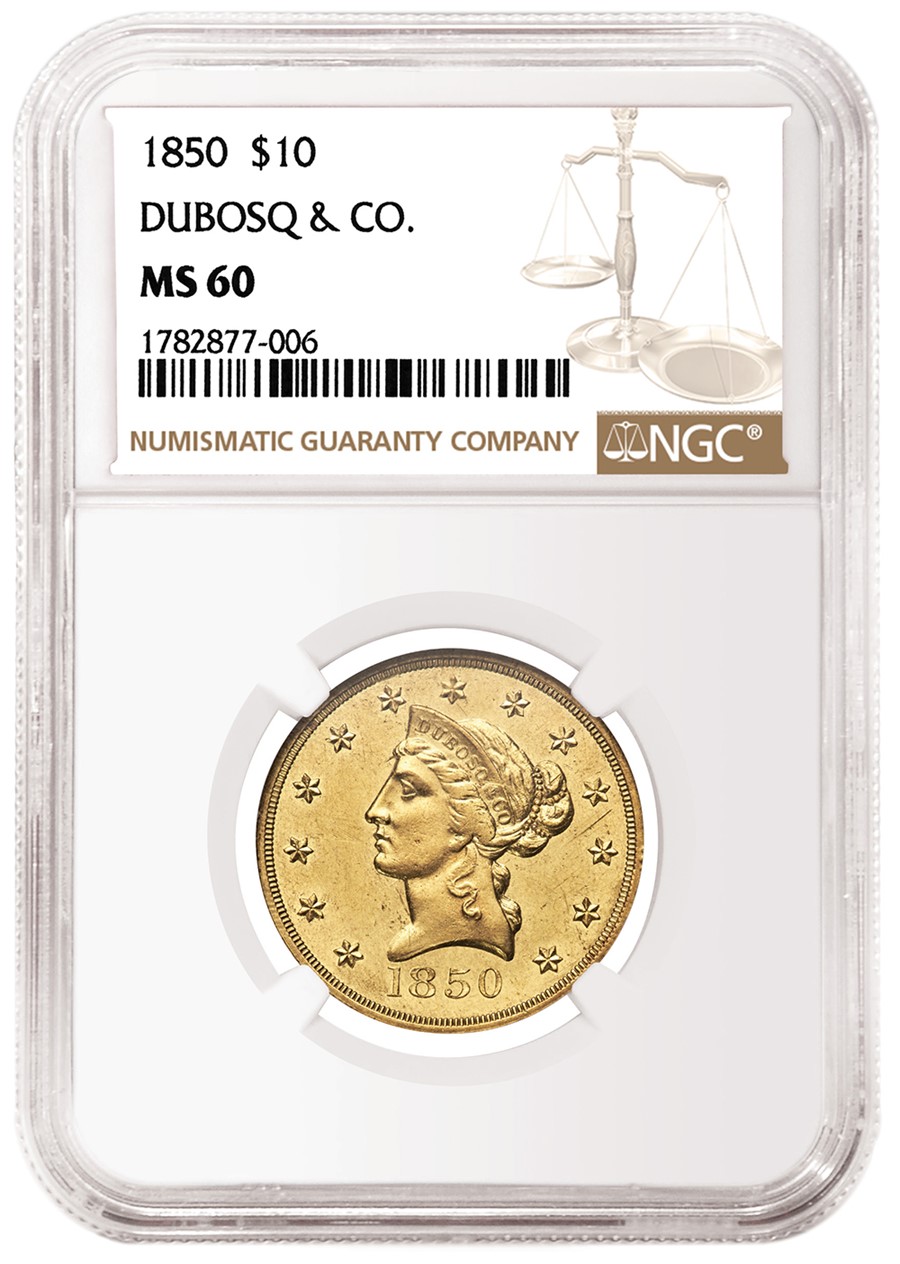 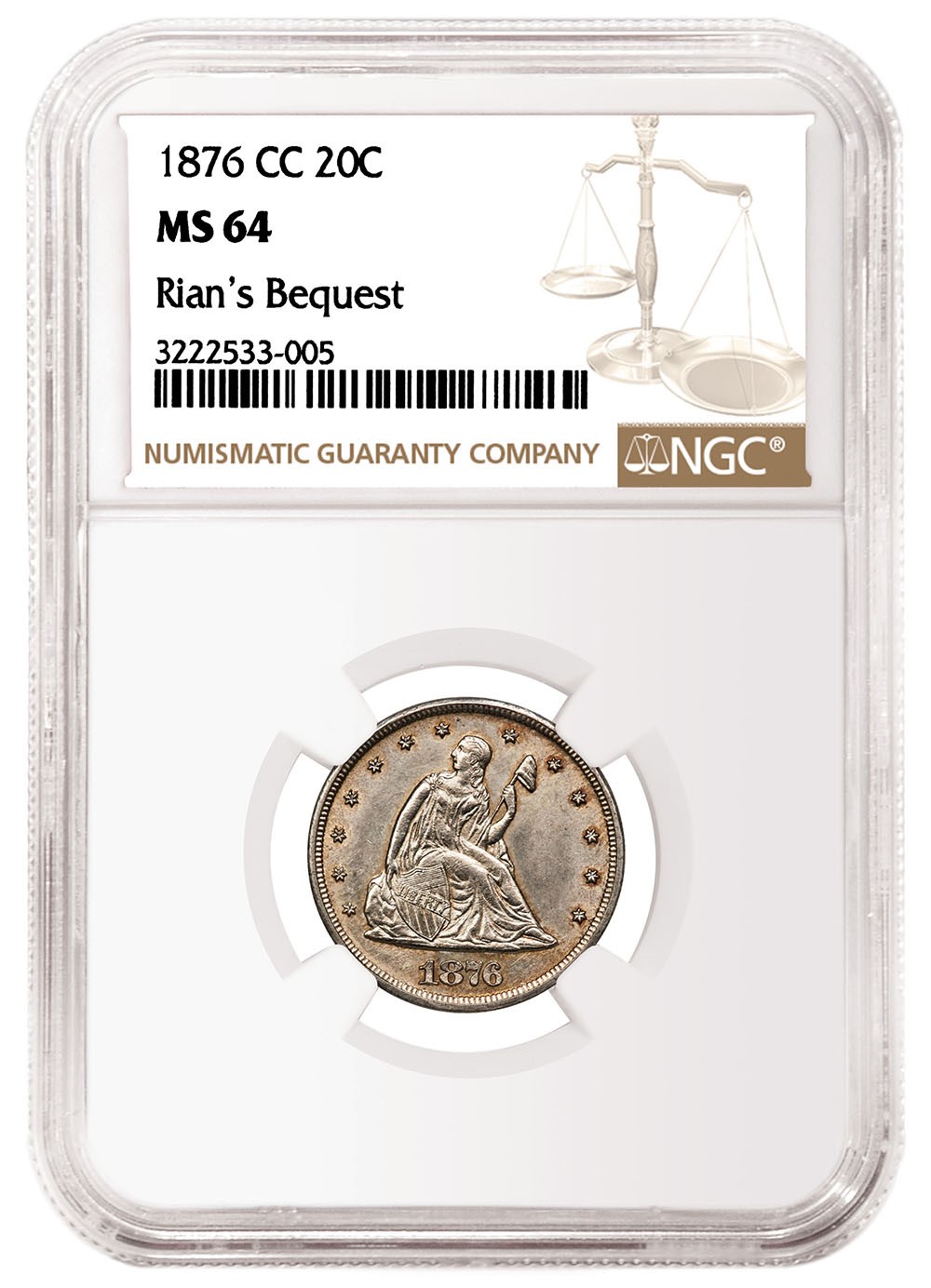 Other NGC-certified highlights in the sale included: