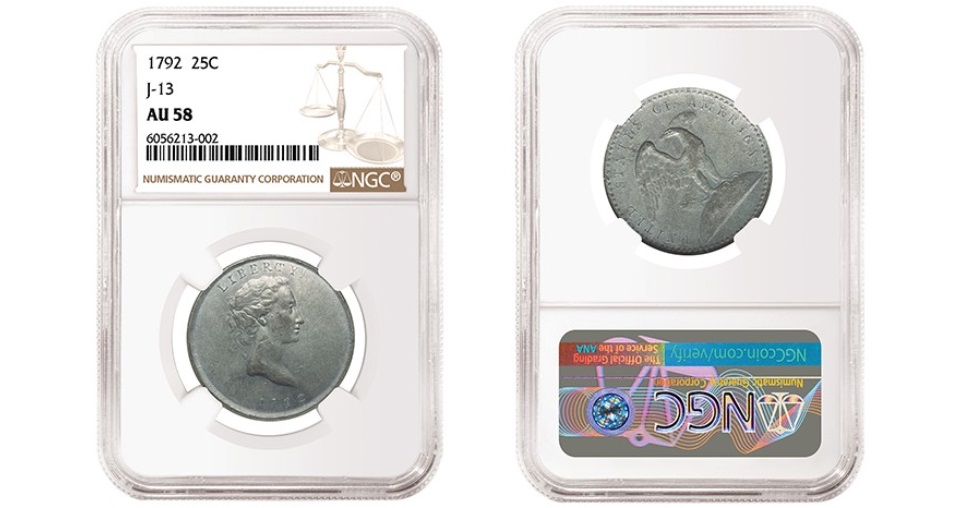 Over 1,100 rare coins certified by Numismatic Guaranty Corporation (NGC) are being offered in Heritage Auctions’ Central States U.S. Coins Signature Auction. While selections from the NGC-certified Partrick Collection dominate the sale, including a 1776 silver Continental dollar, there are other NGC-certified rarities being offered as well. Online bidding is underway and concludes April 22-25, 2021.

A 1792 Judd-13 Pattern quarter graded NGC AU-58 (lot 4960) is one of only four known examples. The design is attributed to artist Joseph Wright, who worked with the U.S. Mint on the creation of the pattern. Owned by the New York Historical Society, the debut of this coin at public auction is itself a historical moment.

Patterns like this one were crafted in the early 1790s as the U.S. Mint prepared to roll out a national coinage. When the Mint finally issued its first quarters until 1796, they had some similarities to this pattern, including a woman below the word LIBERTY on the obverse and an eagle with its wings spread surrounded by the words UNITED STATES OF AMERICA on the reverse.

Two examples of another great rarity are being offered: the 1870-CC Double Eagle. After beginning operations in 1870, the Carson City Mint struck 3,789 of these Double Eagles. Only a few dozen examples are believed to have survived, making this a key date of the series. 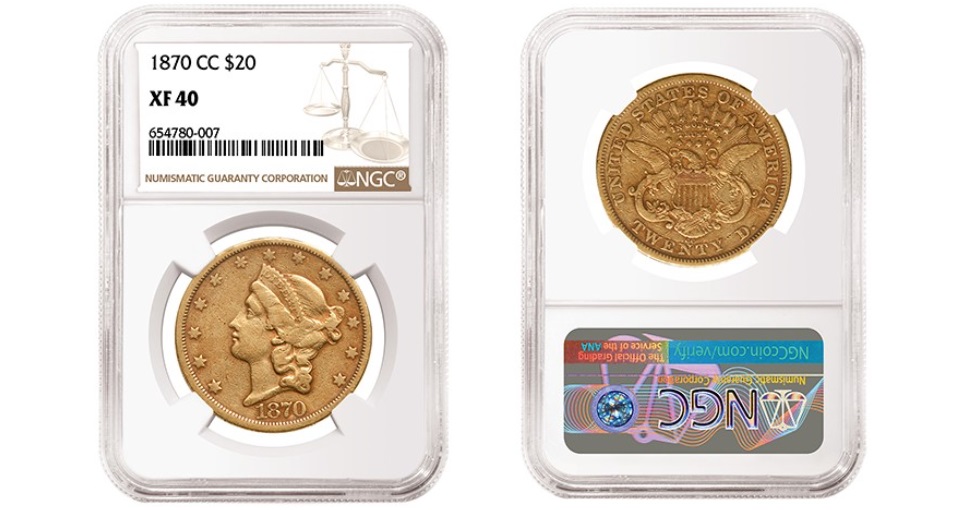 This sale offers additional NGC-certified rarities such as the first-known example of a Sacagawea-Presidential dollar mule, as well as the other following NGC-certified highlights:

All bids are provided by the auction house in U.S. dollars.